(UPDATE) Palco Marsh, Day Two: Evicting the Last Camper and Hauling Out the Last of the Trash

UPDATE, 4:55 p.m.: The eviction is complete. Earlier this afternoon, the Eureka Police Department posted a video drive-thru of clean up efforts along the Palco Marsh waterfront and, just now, provided this brief update:

The clean-up operation at the Palco Marsh concluded this afternoon.  Stats on the operation are being gathered and will be released in the morning.

Additional enforcement in these areas will continue throughout the week.  Camping in any City park or greenbelt is prohibited.  Anyone who notices illegal camping within the City limits should contact the Eureka Police Department.

The City of Eureka is back out at the Palco Marsh today, removing the last of the campers and cleaning up what remains of garbage and unclaimed campsites.

One camper is believed to have remained at the marsh overnight. He is Lloyd Parker, one of the Palco 11 — the group of marsh residents suing the city in federal court. Last week the plaintiffs in that case tried and failed to convince a judge to stop the evictions. The city agreed to rehouse the 11 and store their belongings, but sheer amount of Parker’s stuff seems to have made it difficult for him to pack up. 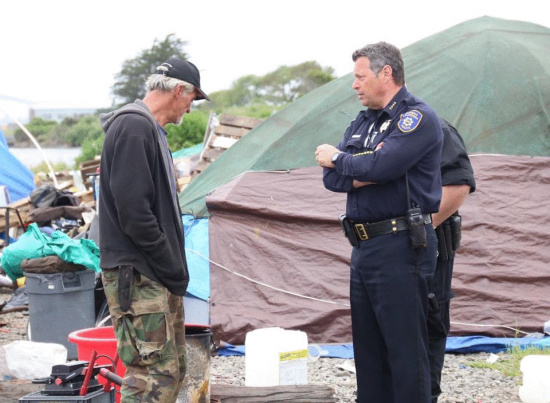 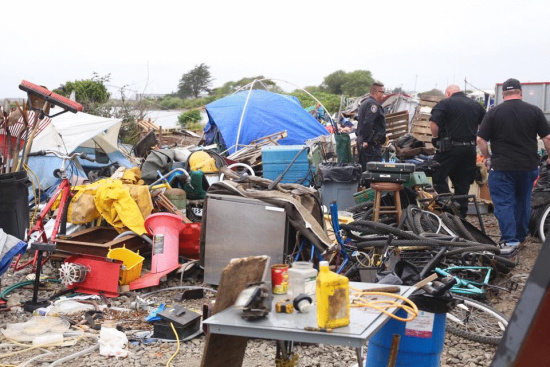 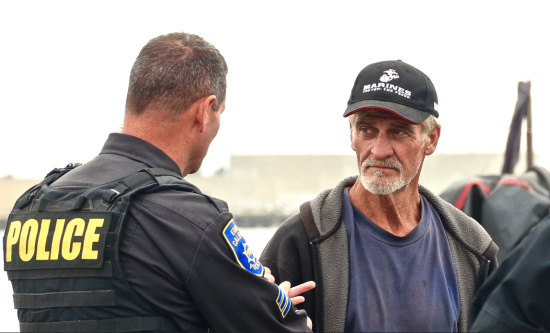 There was a tense standoff between Parker and police at the site this morning. Police Chief Andy Mills was trying to persuade Parker to load up the things he wished to keep. He asked to take a break from the work; police told them that he could not take a break, and threatened him with arrest.

After 20 minutes or so, another person came wandering out of Parker’s tent, surprising officers: 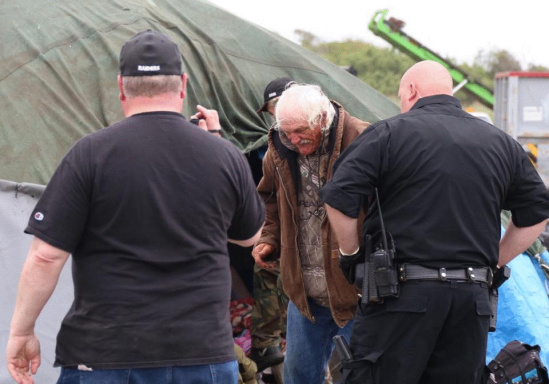 The guy said he was resting and gave officers his name. He was told to walk out of the marsh, and he complied.

After much cajoling, which included officers warning Parker that he was just at the edge of being arrested, Parker finally got his stuff loaded up. He put the things he wanted to take with him in a city vehicle, which was driven to the foot of Del Norte street and unloaded there. The rest of his stuff was shrinkwrapped for storage. 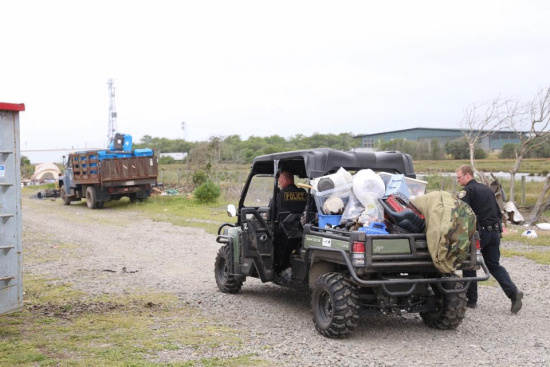 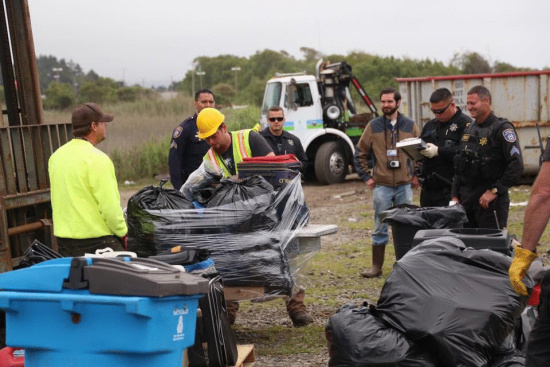 Parker left the marsh by bicycle at around noon, cursing officers as he pedaled away. 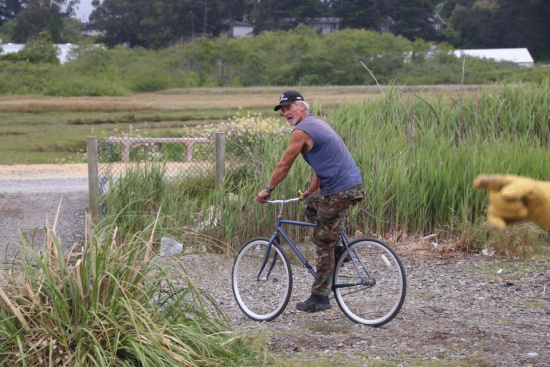 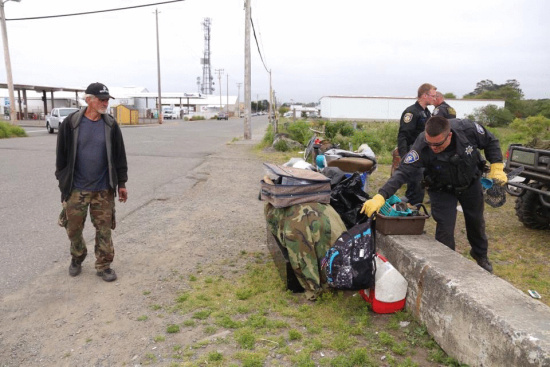 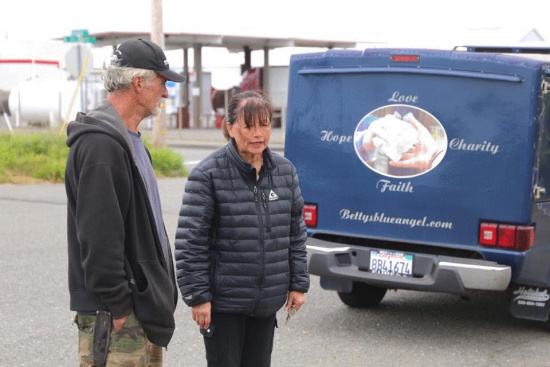 Outside the marsh, Parker told the Outpost’s Andrew Goff that he had housing lined up through Betty Chinn. He also said that city employees paid him $950 for some of the stuff he had at the site — a freezer, four tents, a surfboard, bicycle parts, two portable sheds and an air compressor.

Meanwhile, city cleanup crews have made quick progress. The trash and other effluvia from the camps have been nearly completely removed, making last night’s flyover already out of date. Only the last few yards of the camp remain to be scoured.