YOUR WEEK IN OCEAN: Humboldt Surfers Celebrate ‘Wavesgiving’ While Raising Thousands for Food for People (PLUS: Whale Rescue!) 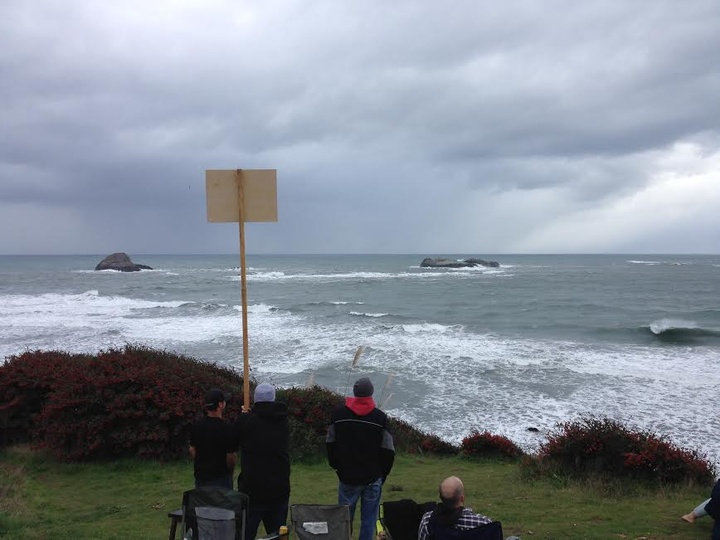 Humboldt County surfers showcased their talent for a good cause last Saturday at the Second Annual Wavesgiving surf contest. The contest was held at Trinidad State Beach and organized by The Shop, a local family-owned surf shop in Arcata. In the true spirit of giving, owners of The Shop, and husband and wife team, Chris and Kelsey Johnson donated all proceeds of the event to Food for People.

The day was action packed even before the sun came up. In the early morning hours as the Johnsons and their team were setting up, they noticed an injured whale had washed ashore. Chris Johnson explained how it took six men to carry the whale back to the water. One even swam with it, making sure it reached the open water. The whale turned out to be a rare species known as a Dwarf Sperm Whale. 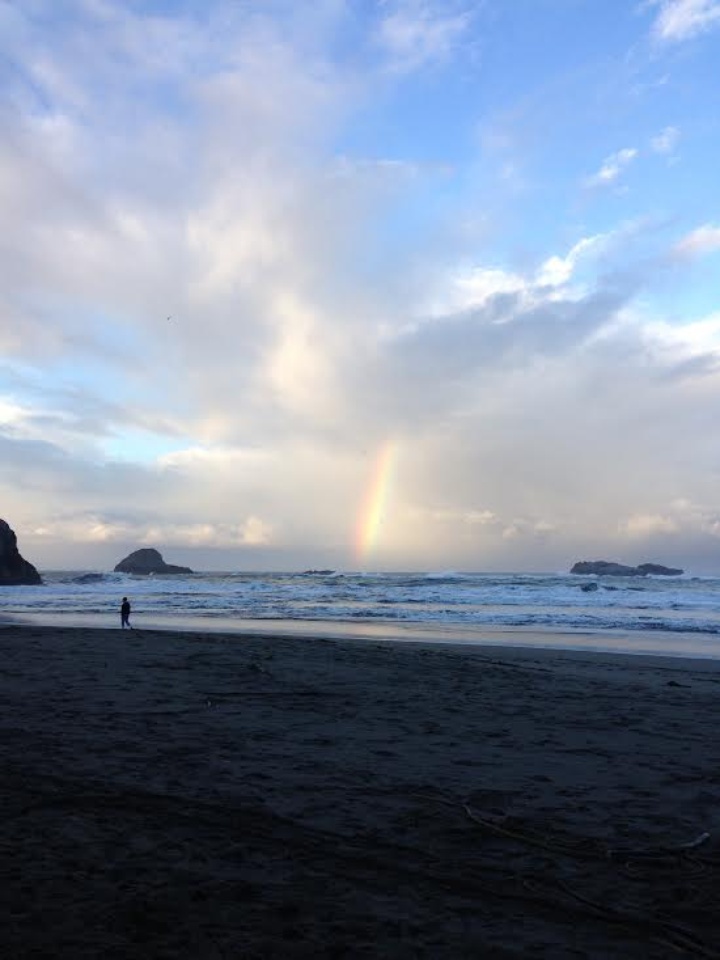 At 7 a.m. the first heat of surfers hit the water. In total, 24 contestants battled the rough ocean conditions and each other for the prize purse of $1,000. The contest was run in standard surf contest format, with 3-4 competitors competing in different colored jerseys, for 20 minutes at a time. A panel of five judges scored waves ridden based on criteria such as style, critical maneuvers, and positioning on the waves. Surfers with the highest scores moved on to the next round until there were only three left standing.

“Overall I felt the judging was consistent and the judges were all on the same page. I felt confident with the results. Scoring was out of 10 and we mostly had fours, fives and some sevens.  We didn’t know who was surfing so it felt very fair,” said Reid Kitchen, a judge and local surfer. 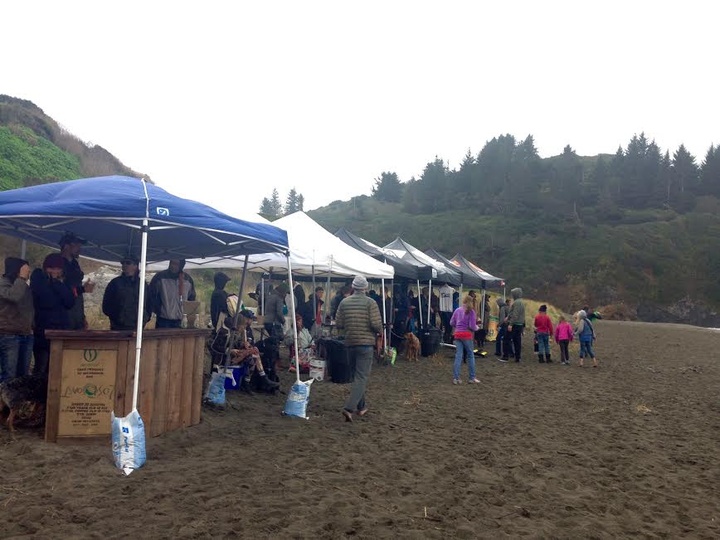 Surf spectating was the main feature of the day, but there were plenty of other beach activities to keep attendees busy. Lost Coast Roast gave away free coffee to keep everyone energized, surfer and manager of Seascape Restaurant, Grant Roden served up pancakes to keep everyone fed, and the Surfrider Humboldt Chapter held a booth to keep everyone informed about protecting and enjoying the ocean. There were also several bins for people to donate their non-perishable food items.

The wind and rain eventually made their presence known in the afternoon, but competitors and their supporters were not dissuaded. Everyone huddled under tents to cheer on the final round of surfers. Among the rain-soaked attendees was 23-year-old surfer Hannah Rose.

“I love seeing so many people from the surf community on one beach. Our surf scene is extremely small compared to most places, so it really feels like a big family when we all get together outside of the water,” said Rose. 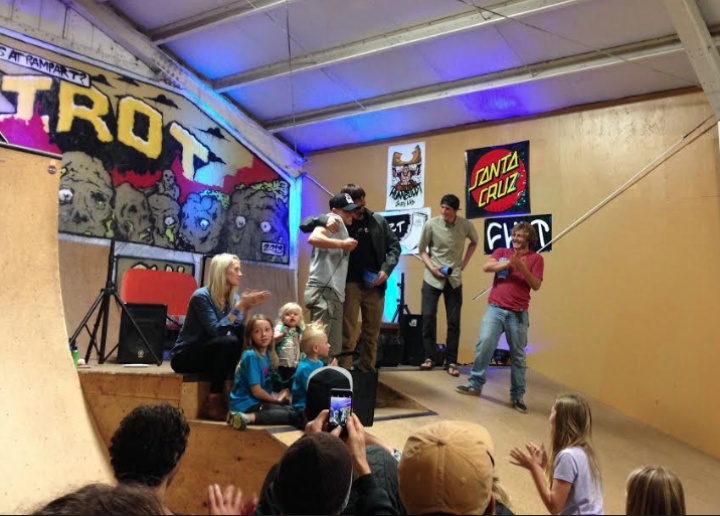 The final surfers exited the water around 3 p.m., but the day wasn’t over yet. The group packed up and moved to RampArt, indoor skate park in Arcata, for an awards ceremony and afterparty. The surfers may had been competing against each other in the water, but at the end of the day everyone came together to celebrate their shared pure love of surfing. Kids ran wild around the skate ramps, surf videos from the contest were projected, and competitors shook hands and laughed over memories from the day.

A well-deserved first place and $1,000 went to Mike Katowski. Chyenne Downing took second and a Isurus wetsuit, and Jay Barbie took third and a Loast Coast Surfpack. Non-competitors were given the chance to win big as well; The Shop provided thousands of dollars in raffle prizes, and featured three new surfboards in a silent auction.

“Wavesgiving was an epic day for all who took part, and we want to give much thanks to everyone who helped to make this event such a special day. We were blessed with waves and much giving, THANKFUL,” said Chris Johnson. Johnson estimates the event raised at least $2,500 in money and another $500 in food donations. The Shop will continue to accept donations until next week.

For photos of the action check out the Wavesgiving Slideshow HERE.