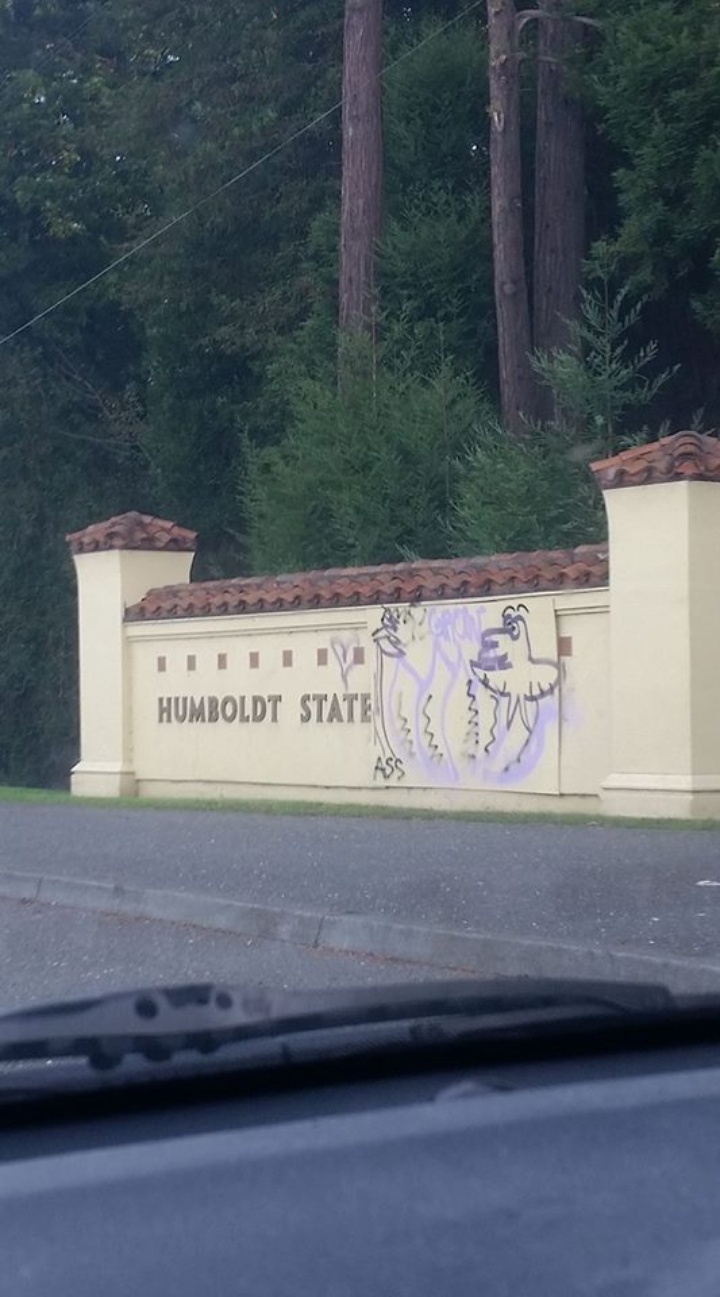 In less than a week, one of Humboldt State’s mission-style entrance signs has had a hole punched through it by a sedan, been decorated with festive spider webs, and mocked by thousands online. Now the sign is being used as a canvas for crude graffiti.

Humboldt State spokesperson Jarad Petroske confirmed with the Outpost that the sign was vandalized sometime between last night and this morning.

A majority of the graffiti was painted onto a wooden board used to patch up the car-sized hole in the sign.

“The entryway sign was graffitied earlier, but it’s already been painted over,” Petroske said. “I can’t make out what the graffiti said.”

The pink or purple paint seen in the photo above seems to depict a budding flower with the word “grow” painted above it, as well as a heart painted on the actual sign itself.

A cartoon bird with surprised eyebrows and the word “ASS” were also sprayed onto the sign in black paint.

This sign story seems to be an ongoing situation.

We’ll keep you updated with any more sign-related news. 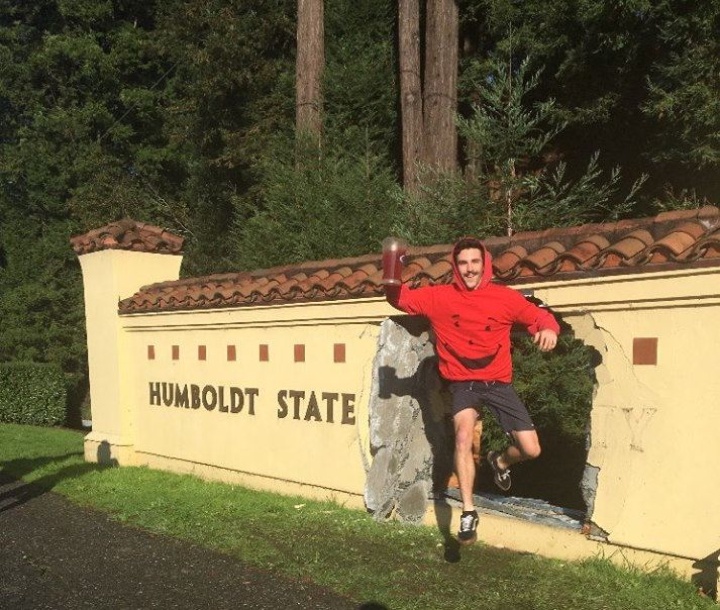