Unknown Thousands of Votes Still Left to Count, But Most Humboldt County Races Can Be Definitively Called »

Well, as you can see below, Humboldt County progressives can warm their hackles with local results. With about 4,500 votes counted in the City of Eureka, City Council candidate Austin Allison has increased his lead over opponent John Fullerton.

Like the rest of America, the LoCO Vote Bot is pulling a major choke job at the moment. STILL: The first Humboldt County results are in! What do we got?

First thing, as noted below: Eureka City Council candidate Austin Allison has a majority in the early absentee results. This is really big for the Allison candidacy — in all previous Humboldt County elections, the early absentee trend very conservative. Allison should have this race in the bag.

Elsewhere: All the incumbents in the Arcata City Council race — Paul Pitino, Susan Ornelas and Michael Winkler — are cruising to easy victory.

Prop. 64 is winning in Humboldt 60-40. Though this is probably one of those odd races where the “left” vote will drive the numbers lower, oddly enough.

The Los Angeles Times, through some unknown voodoo of its own, says that California voters have approved Proposition 64.

Not a lot of info at the Secretary of State’s office, but OK!

LoCO has called the state of Florida for Donald Trump.

LoCO has called the state of North Carolina for Donald Trump.

This Trump supporter at the LoCO Party is overjoyed. 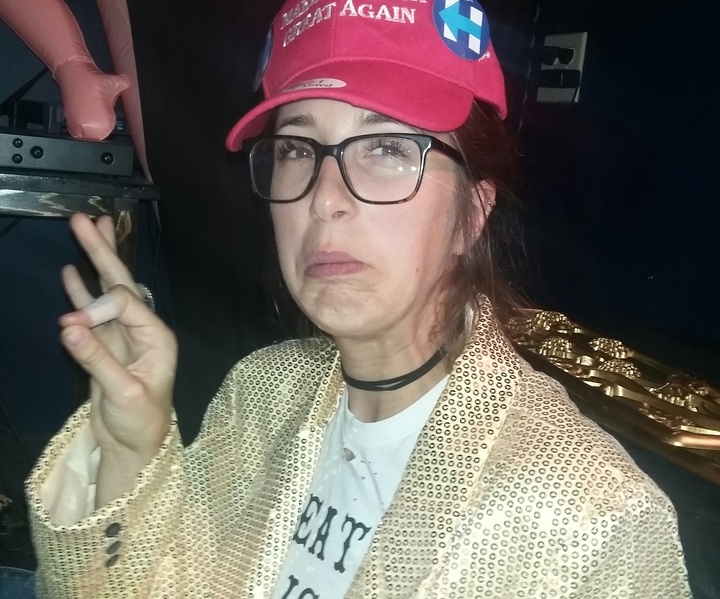 Probably going to be Trump, folks.

LoCO has called the state of Ohio for Donald Trump. 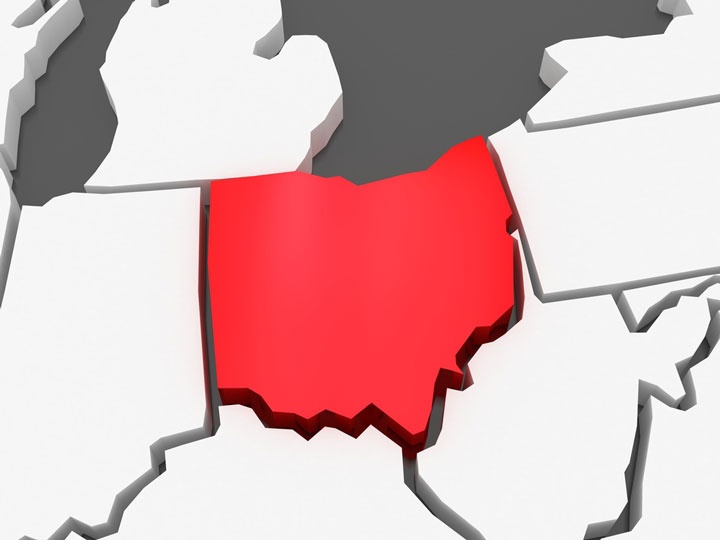 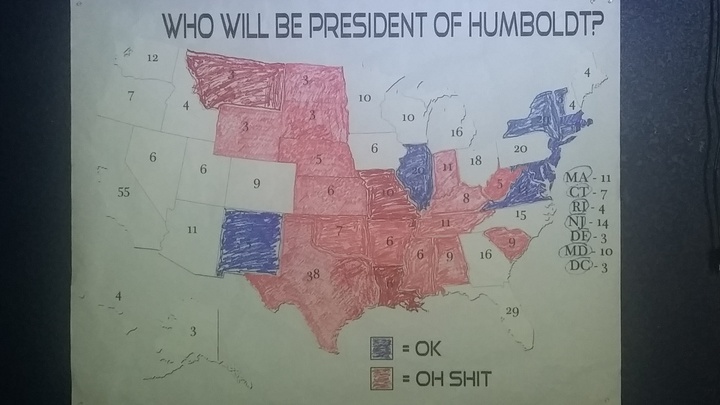 Fivethirtyeight has Clinton still as a 60-40 favorite. For whatever that’s worth!

LoCO has now projected that Hillary Clinton will win the Commonwealth of Virginia.

Still no one knows. But they’re getting nervous.

Many states closed their polls at 5 p.m. LoCO is prepared to call all these states, whose names we already know and you probably do too. 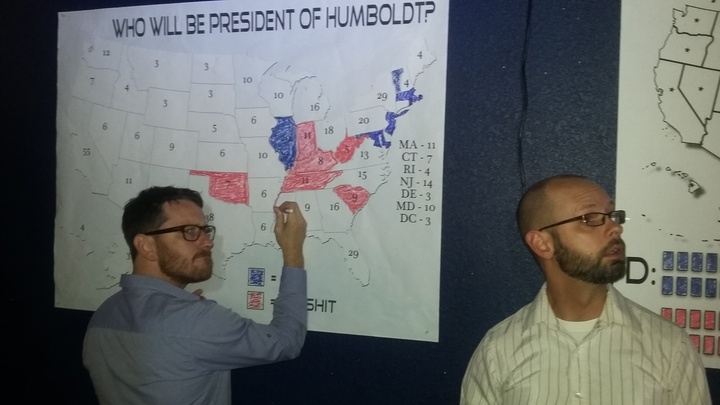 In Los Angeles, police are dealing with an active shooter near a polling place in Asuza. Three people have been injured and one killed.

One of the most difficult states to color in goes Trump before everyone is too drunk to paint within the lines. 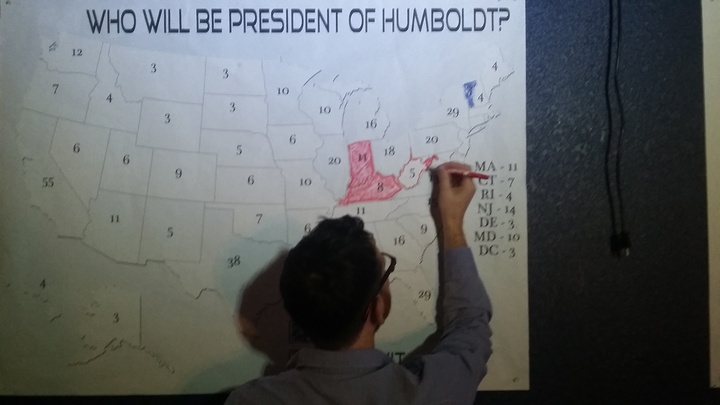 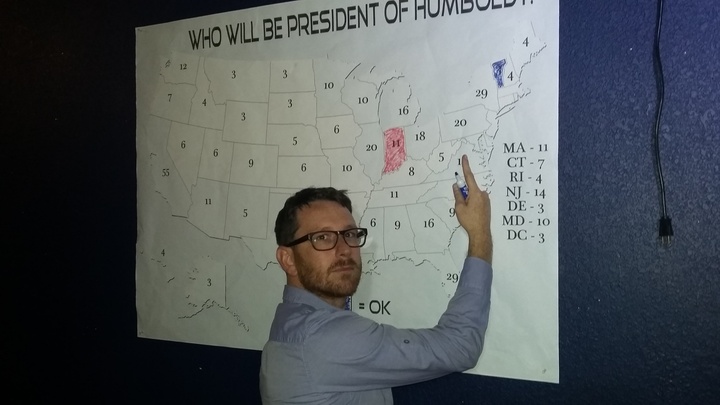 The Outpost’s Andrew Goff marks down the first two states on the LoCO Big Board.

The Outpost has declared Donald Trump the winner in the states of Indiana and Kentucky. Vermont has gone to Hillary Clinton. All other states are, like, too close to call or too early to call or something.

That’s just the very first of the many calls that the LoCO will make in this historic November 2016 election. Keep it tuned right here! First, we will call a president and maybe a Senate majority. Then, sometime between 8 and 9, we’ll start getting results from Humboldt County and across the state.