« (VIDEO) Meet Mayor Paul Pitino, a Man Who Will Give You a Garbage Bag Full of Kale

Humboldt Has a Rainy, Windy Week Ahead! »

HARDIN: When You Complain About the Poor, It Says More Than You Realize 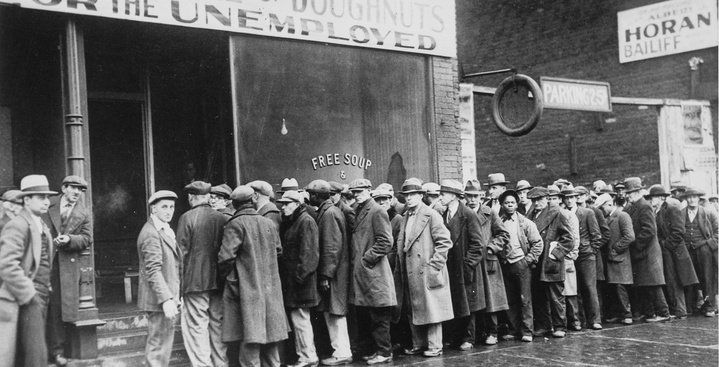 I keep hearing middle-class people complain about the poor. It’s so embarrassing. If I heard you complain about poor people, you should know that my assessment of your intelligence dropped about forty points. Complaining about poor people only makes you look like a jerk. There’s no way around it, and the poorer the people around you are, the uglier it looks. Save yourself the humiliation.

Complaining about the poor reveals more about you than you might realize. Complaining about the poor makes you look stupid because it shows that you don’t understand how our system works. If you are going to embrace our capitalist system, and enjoy the accoutrements of the American middle-class lifestyle, it’s about time you saw some of the displaced refugees who lost their home to your money. If you can’t stand to see poor people enduring miserable conditions all around you, maybe you aren’t cut out for the middle class after all. Taking offense to the poverty around you reveals how little you know about our economic system and advertises the small-minded, self-centered ignorance of the complainer.

Small-minded, self-centered ignorance is actually a pretty broad-spectrum problem for the middle class, and it works against them in so many ways. I mean, if the middle class didn’t live such a stupid, wasteful and destructive lifestyle, and behave so much like sheep, mindlessly consuming everything in sight, wherever they’re led, more bright young people might want to be like them. Lately, the middle class has become so stupid and repulsive that a lot of people, I think, perhaps most people, would rather live on the streets, or even commit slow suicide with drugs and alcohol than become like them.

If the middle class were populated with more bright, intelligent, curious, thoughtful people, more bright young people might aspire to be like them, and be more willing to subject themselves to the discipline it takes to become one. When the middle class project their greed, their stinginess and their resentments, it shows off that small-minded, self-centered ignorance in the most repulsive possible light. That’s what happens when middle-class people complain about the poor. Bright young people start to realize how stupid and/or crazy the middle class really is.

The American middle class lifestyle is a kind of psychosis. The middle class is a kind of communicable mental illness, and the people who suffer from it tend to conform to each other and relate to mainstream media more than they do to reality. Conformity matters to them. Because they live in an alternative universe made mostly of media, and rarely have unmediated encounters with reality, the middle class look to each other to reinforce their shared hallucination.

The more middle-class people interact with each other, exclusively, the more vivid their hallucination becomes, and the further from reality they get. The further from reality they get, the less they are able to deal with the demands of the real world. When the middle class express consternation, frustration and aggravation about the poor, we need to remember that they live in an alien world where their actions have no consequences, the government protects everyone, and corporations are our friends. The middle class inhabit an expensive, destructive fantasy, and they have gotten so far lost in this fantasy that reality has become offensive to them. At times, they even lash out at it. Do not kid yourself, the middle-class are sick, dangerous, drug-addicted people, and something must be done about them before they destroy everything.

We can solve problems. We can’t make people smarter, or less crazy, or less prone to addiction, but we could relieve stress, reduce harm, and create the kind of situation that would spawn innovative solutions that work, if only the middle-class could just face reality. The problem is, the longer they go without facing reality, the uglier reality gets, and the uglier reality gets, the harder it is to face.

I don’t think it makes sense to complain about the poor. The poor are doing the best they can with the limited options available to them. The middle class, on the other hand, have options and resources at their disposal, but are too stupid and/or crazy to escape their mass ecocidal psychosis. I’m not sure we can reach the middle class with ideas anymore. They might be too far gone, but it’s the middle class that needs to change. If they’re smart, they’ll make that change when reality looks them in the eye. If not, they’ll make that change when reality smacks them in the face. Either way, they’ll change.