« MATTHEW IN THE MIDDLE: Donald Doubling Down on Dumb (PLUS: Allison Buzz Words!) (PLUS: I See You, P!)

Let’s Say You Live in Eureka and Need Sandbags… » 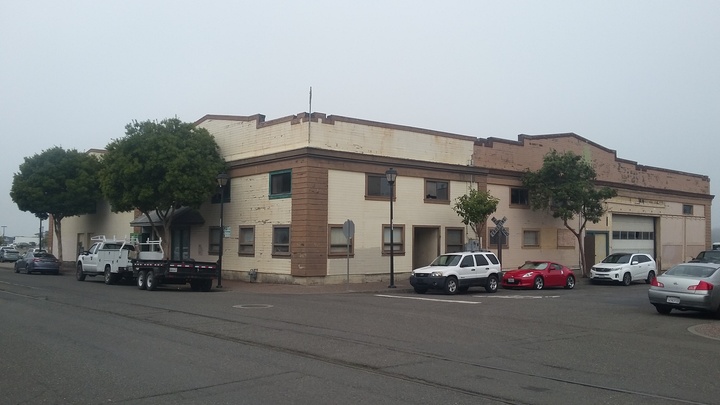 This 19th century building at First and E — actually, two buildings in one — last served as the Eureka branch of the North Coast Co-op about two decades ago. It has been mostly fallow ever since. Photos: Hank Sims.

Eureka has big dreams for its old industrial waterfront, and especially that part of it that connects Old Town to the bay — the stretch between C and F streets, along the boardwalk. You can see it in the plans drawn up during last year’s city government-sponsored “design charrette.” Citizens asked for hotels, museums, markets, food trucks, green space, a Ferris wheel, an ice-skating rink. The area is a few blocks of beautifully situated blank canvas, and much of the city’s future will hinge on what city stakeholders decide to paint there.

Most of it is empty land, and most of it is owned by the city. But right in the center of it is the vacant complex that housed the Eureka Co-op way back in the ‘90s. Seen from the outside, it’s kind of a disaster — one wall, which still features the remnants of an old Co-op mural — is visibly buckling. Most of the designs that came up during the charrette process assumed that it would be torn down, with something else, something beautiful, built in its place. 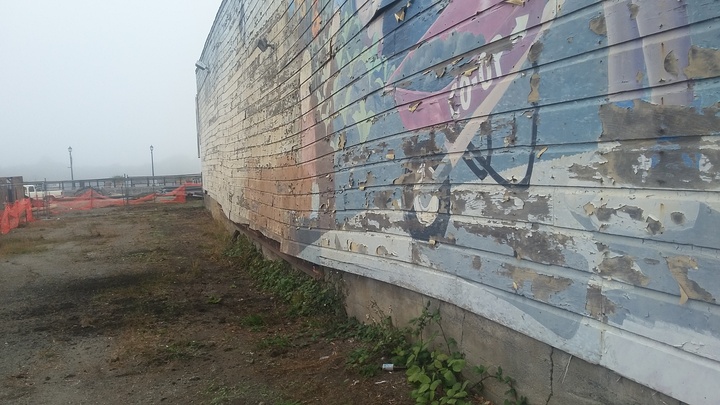 The sagging western wall, which faces the big dirt parking lot that stretches to the Fisherman’s Terminal.

But the property has new owners now, and they have a different idea. They don’t want to tear down the structure; they want to restore it to its long-ago glory, and they want it to be the hub of the vibrant new district everyone hopes to see spring up down by the water.

“This corner is incredibly important to the redevelopment of the waterfront,” said Karen Banning yesterday, strolling around the property she and her husband, Pierre LeFuel, closed escrow on about a month ago. “What happens here determines what happens around the rest of the area.”

Banning and LeFuel bought the property for $400,000 to gamble on the proposition that the old building (actually two buildings, pressed together) can not only can be saved but can shine. Among the century-old redwood planks and rafters that enclose the big, interior space, they want to build an open European-style general market — a place for farmers, ranchers, fishermen, specialty food manufacturers and others to sell their wares in semi-permanent stalls, all anchored by an art cooperative and a sit-down cafe or bakery or brewery.

The specifics are still a bit vague, but the plan is to attract lots of foot traffic from both locals and tourists, and to draw them to a large number of individual tenants and vendors. The idea would be to showcase the best of the county inside what could be an iconic county building.

“What we really want to see is nothing but Humboldt,” Banning said. 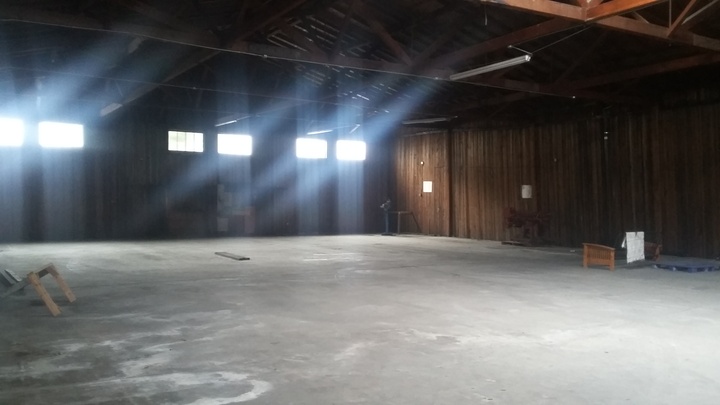 The same wall, at right, from the inside. The exterior walls of the structure are made up of 2x6 old-growth redwood planks, sandwiched together so that they form a six-inch-thick firewall.

The view inside the structure — which, in addition to housing the old Co-op, has also served the city as an office complex, a mercantile and an opera house, in addition to God knows what else — is much different than the view from the outside. Except in places where sheetrock or other tacky materials have been bolted on at some late date, everywhere you look is solid, thick redwood. Banning, a real estate agent, guessed off-hand that she and her husband could have doubled their money by dismantling the structure for parts.

But Banning and LeFuel, a contractor, have been looking around for a down-in-the-dumps commercial property for a while — they’ve rehabbed several troubled residential properties, she said — and when they toured the Co-op building shortly after it went on the market, they fell in love. Conscious of the work that will have to be done to bring the building up to code, they put in a lowball offer, and were a little surprised when it was accepted.

One of the first jobs they have now is to figure out how to fill up the vast amount of commercial space they now own. Half of the ground floor — the part facing the parking lot — would be home to the food bazaar, and could also host an indoor-outdoor farmers’ market. The other half would be suitable for small specialty manufacturing, such as a small brewer. The cafe would be upstairs overlooking the intersection of First and E, with additional windows providing a nice vista of Old Town and the part of the Boardwalk. 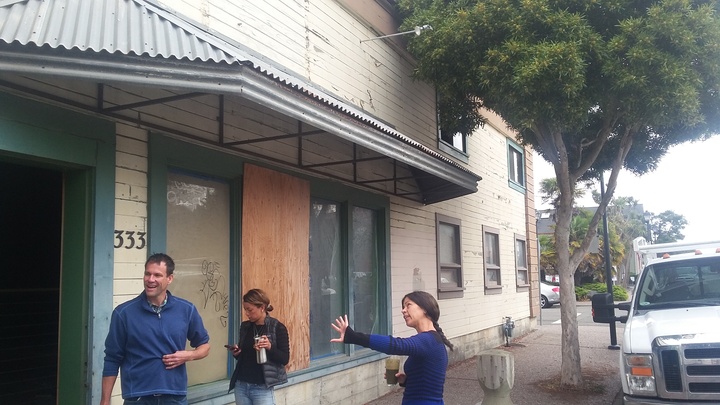 But this is all in the early stages. Banning said that she and her husband are hoping to talk to potential tenants before building out the interior. Meanwhile, they’ve been pitching their concept to local trade organizations and to city government, which has been consulting the new owners about zoning issues and about the overall vision the city has for the waterfront.

According to Rob Holmlund, the city’s community development director, so far everyone is on the same page. He told the Outpost that the city is delighted at the prospect of saving and restoring the historic buildings, and that Banning and LeFuel’s plan fills several of the objectives the city came up with during its design charrette process — it’s tourist-friendly, it provides a semi-formal marketplace, and it could even serve as an incubator for small businesses.

“The city is 100 percent supportive of what they’re trying to accomplish,” Holmlund said.

One step at a time, though. The first project LeFuel will tackle is setting that sagging western wall straight. Engineers have tackled the project, Banning said, and they’ve figured out a course to put the wall back on its foundation. They hope to have that part of the project complete before the end of the year. The rest is TBA. 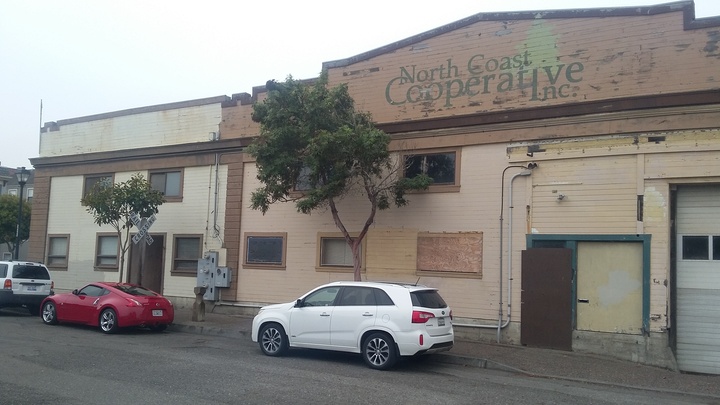