« The County’s Opioid Use is Still Really High, But It’s Dropping

UPDATE, 10/1: It is done. For LoCO’s Humboldt expat readership, Lost Coast Brewery’s new, flashy, South Broadway-dominating sign was completed in Eureka this week. Let your brain process its many colors in the photos below. 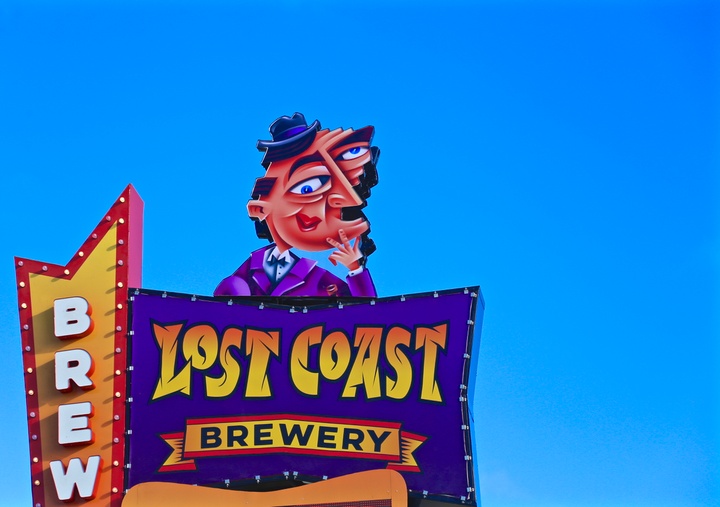 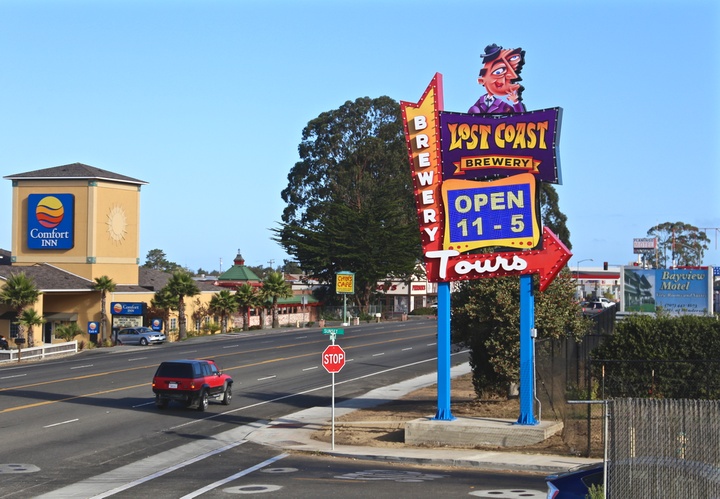 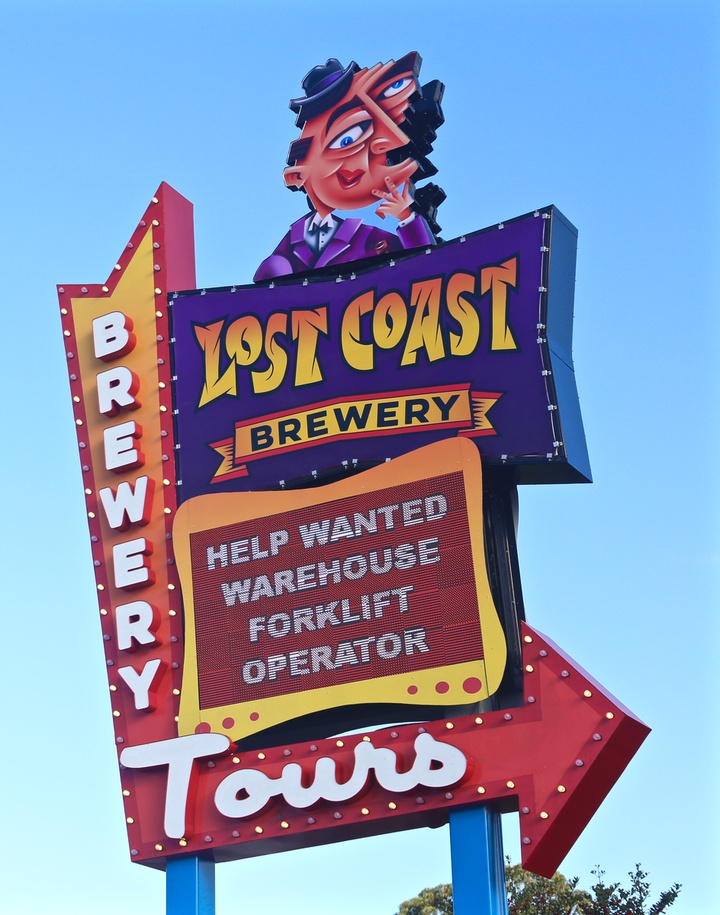 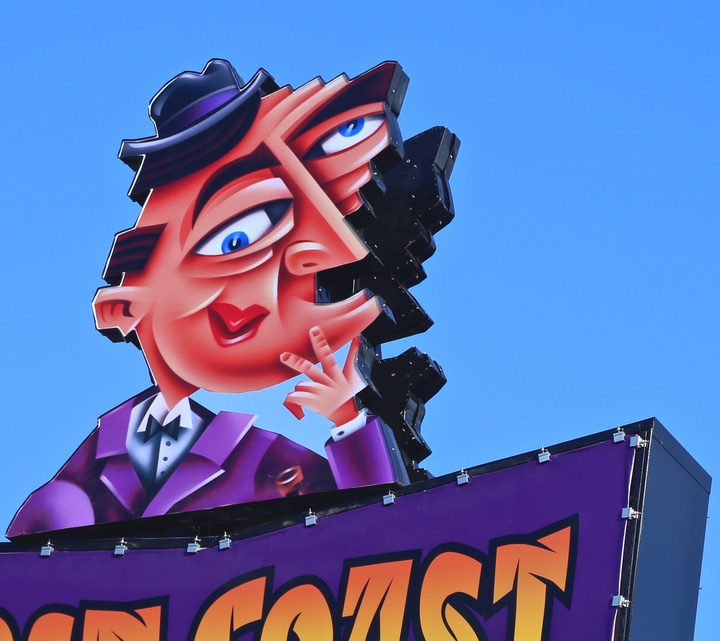 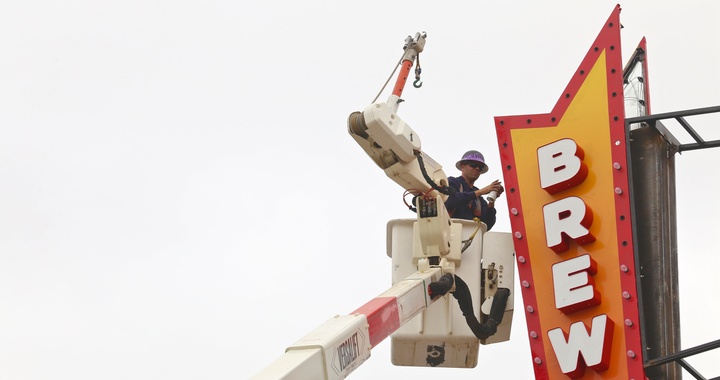 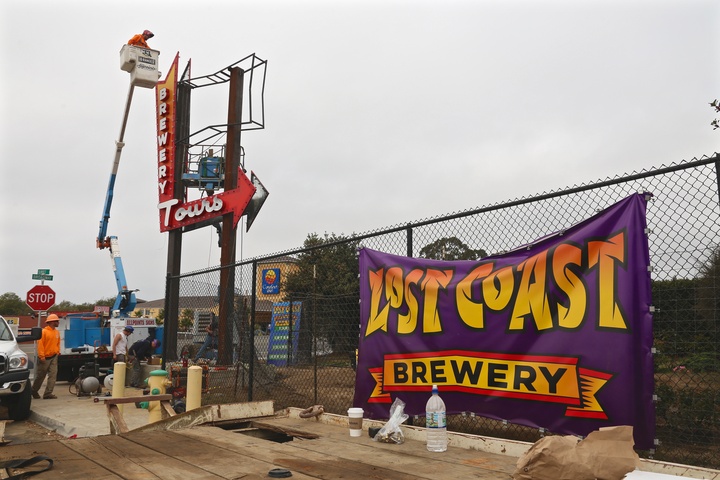 Henceforth, let it be known! The brewery tours are ‘—-> that way. It is now impossible to not know that.

If you were driving S. Broadway Wednesday, you may have noticed the beginnings of the big, bright new sign that will from this day forward attempt to lure motorists to a sudsy rendezvous at Lost Coast Brewery, Humboldt County’s largest craft brewery. What you may be wondering is, “Hey, what’s that thing gonna look like when it’s done!” Well, see below!

LoCO caught up with LoCB owner Barbara Groom beneath her new signage this morning. Groom told us that, alas, tourist traffic at her state-of-the-art brewing facility had been less than desired since opening last summer. She needed a sign. So she started googling around for inspiration and ended up taking a liking to 1950s hotel signs. She got to doodling and later found a graphic artist to bring her doodles to life.

“I thought it would be eye-catching. What we really need to do is get the tourists off the freeway so we can get some of their sales tax,” Groom said with a laugh.” Hopefully this will be flashy enough.”

The sign’s physical construction is the work of Eureka’s Allpoints Signs. While it’s not the biggest job they’ve undertaken, Allpoints’ owner Geoff Wills told us this is easily the most complex and custom. When complete, the sign will feature LED lighting within its retro TV frame center.

According to Wills, the sign should be done next week. 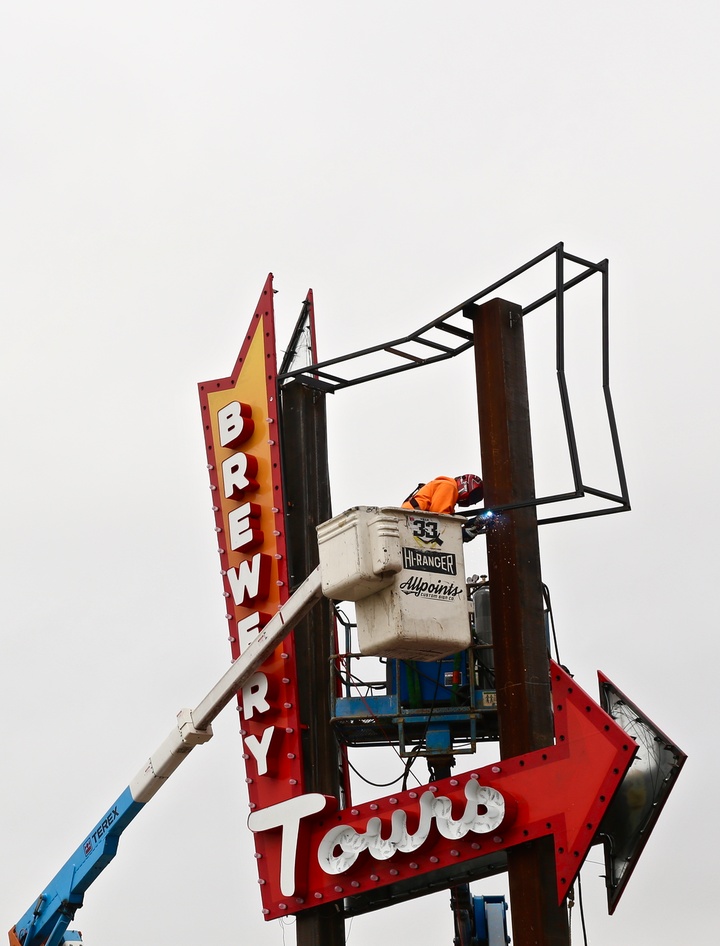 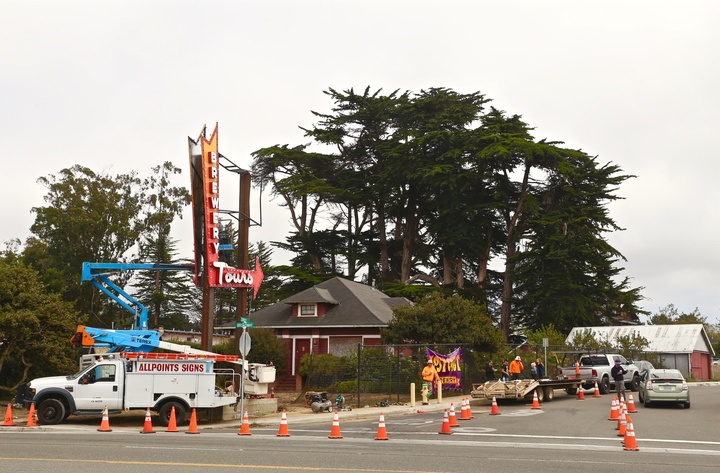