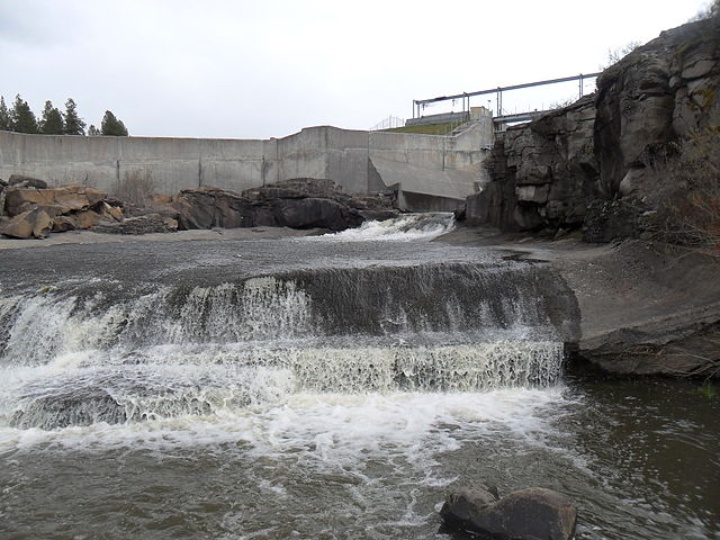 The John C. Boyle dam is one of four slated for removal on the Klamath. | Photo: Bobjgalindo, GNU Free Documentation license. Via Wikimedia Commons.

Back in April we reported on the historic signing of the Klamath Hydroelectric Settlement Agreement, a deal to tear down PacifiCorp’s four hydropower dams and restore the 373-mile waterway to its natural state. It will be the biggest dam-removal project in history.

Well, today, the Klamath River Renewal Corporation, a third-party nonprofit created to facilitate the removal, filed two applications with the Federal Energy Regulatory Commission (FERC) to get this thing rolling.

The Siskiyou Daily News reports that the first application asks FERC to transfer PacifiCorp’s operating licenses to the KRRC and the second asks the agency to approve the decommissioning and dam removal, starting in 2020.

Below is a press release from Congressman Jared Huffman on the applications:

“Removing the four dams on the Klamath River, an effort which is backed by so many of my constituents, is a vital step towards restoring the iconic river and rebuilding its salmon runs,” said Rep. Huffman.

“I am grateful to the KRRC for their leadership and PacifiCorp for their willingness to participate in this important effort.  Their submission today sets in motion the process to remove the dams, which will be the largest project of its kind in history. This milestone is a tribute to the hard work of the tribes, fishing groups, conservation organizations, and the Obama administration, who have been steadfast in working to correct this serious West Coast environmental problem.”

The KRRC and PacifiCorp jointly filed a license transfer application along with a surrender application with the Federal Energy Regulatory Commission aimed at decommissioning and removing the salmon-blocking dams.

The KRRC was created out of the Klamath Hydropower Settlement Agreement in 2016, signed by the Karuk and Yurok tribes, environmental and fishing groups, PacifiCorp, the U.S. Departments of Interior and Commerce, and others. The KRRC will oversee the process of removing the dams, which for decades have blocked salmon migration and contributed to poor water quality and fish diseases on the Klamath River.

Congressman Huffman was very active on pushing for congressional action on the Klamath settlement. You can read more about his work here.