REMEMBER: The IRS Does Not Allow You to Pay Your Taxes With iTunes Gift Cards, Sheriff’s Office Says »

UPDATE, 3:15 p.m.: Internal documents from the county, obtained by the Outpost, show that staff and supervisors wrestled with the significance of the Aug. 23 deadline before deciding, late last week, to allow farmers with existing grows to continue registering through the end of the year.

All operators of existing cultivation sites seeking recognition of cultivation activities that occurred on or before January 1, 2016, for purposes of obtaining a Zoning Clearance Certificate or discretionary permit for ongoing commercial cannabis cultivation for medical use pursuant to the CMMLUO shall register with the County of Humboldt Department of Planning & Building within 180 days of the effective date of this ordinance.

HuMMAP argues that the language here is plain: If a grower wanted to get a permit or a Zoning Clearance Certificate for an existing grow operation, he or she needed to do so before Aug. 23 (which was 180 days after the ordinance effective date).

But in a department policy statement signed last Thursday by Interim Building and Planning Director Rob Wall, staff says HuMMAP’s view represents just one of two ways to interpret the language of the ordinance. The other way to read it, staff argues, is that farmers with existing grow operations can still register after the Aug. 23 deadline; they just won’t get the preferred status that comes with being in “good standing.”

In defense of this argument staff notes that elsewhere in the ordinance — as well as state law — it says growers have until the end of the year to register. There’s conflicting information, in other words. The matter is unclear. So who decides how to interpret it?

“Section 311-4 of the Zoning regulations provides that where the regulations are unclear, the Director may interpret the code and provide guidance as to the application of the regulations,” the policy statement reads.

Staff, including Wall, ultimately advocated for the latter interpretation, arguing that the plain language of section 55.4.9.4 is trumped by the Board of Supervisors’ legislative intent with the original ordinance, signed back in December. One of the primary goals of that ordinance is to reduce the environmental harm of the black market industry by having growers register and comply with performance standards. “That goal is best met by maximizing the participation of existing cannabis cultivators in the legitimate medical cannabis regulatory regime and marketplace,” staff concludes.

And so, given the alleged ambiguity of the ordinance, the county decided to keep accepting registration applications through the end of the year.

HuMMAP disagrees with the county’s interpretation of the ordinance and says that if the county doesn’t promise by tomorrow, Tuesday Sept. 27, not to issue any more commercial grow permits to existing cultivators, then HuMMAP will “file an application for an order to show cause why the County should not be held in contempt for violation of the terms of the settlement agreement… .” 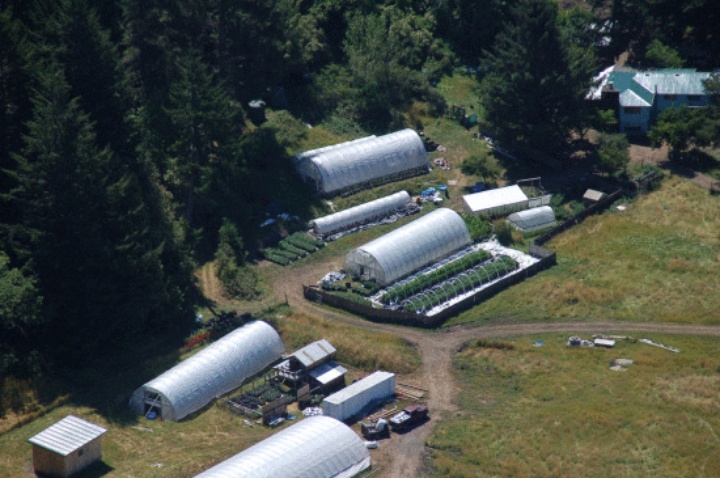 Since January Humboldt County officials have been telling local marijuana farmers that they had until Aug. 23 to register their current growing operations and thereby qualify for “good standing” status and priority processing when it comes time for state licensure. The county received well over 2,000 registrations applications before that deadline. But now it seems the cutoff date may have been more flexible than it seemed.

On Friday the county issued a press release announcing that its Cannabis Services Division “will continue to accept [permit] applications from both new and existing operators through the end of the year, regardless of whether they completed a registration form.” [Emphasis added.]

In other words, cannabis cultivators will be allowed to apply for permits with the status of “existing” grow operations despite missing the Aug. 23 deadline, though they won’t receive “good standing” status. This announcement has prompted a local marijuana advocacy group to renew its threat of a legal challenge to the county’s Medical Marijuana Land Use Ordinance (MMLUO).

On Friday the Outpost reached out to Robert “Woods” Sutherland, the founding member and spokesman for the Humboldt Mendocino Marijuana Advocacy Project (HuMMAP) for a response to the county’s announcement. Early this year Sutherland’s group sued the county over the MMLUO in an effort to get more environmental oversight. HuMMAP and the county reached a settlement in July, but Sutherland tells the Outpost he believes the county has violated that agreement with its latest announcement.

“[T]oday,” he said via email, “Hummap is sending a warning letter to Humboldt County advising that, if they do not withdraw their policy of accepting applications for existing grows, we will file this week with the court an Order to Show Cause why they should not be held in contempt.”

[UPDATE: The letter was sent to the county by Monday afternoon. A copy of it can be found here.]

The Outpost has reached out to the county for a response but has yet to hear back. We will update this post when we do. Friday’s press release is reproduced below.

The Planning & Building Department - Cannabis Services Division is excited to announce the receipt of well over 2,000 Commercial Cannabis Activity Registration forms submitted prior to the Aug. 23 deadline. This impressive and encouraging initial response is due in large part to partnerships and outreach by numerous state agencies and local organizations, non-profits, and consulting firms who were instrumental in helping mobilize and educate Humboldt’s medical cannabis farmers and patients.

For medical cannabis farmers who did not submit their registration forms, it’s not too late to apply for your permit. While no longer eligible for a determination of “good standing”, existing operators are nevertheless encouraged to consider applying for a permit before the Dec. 31 application deadline. The department will continue to accept applications from both new and existing operators through the end of the year, regardless of whether they completed a registration form. As a reminder, the Medical Cannabis Regulation and Safety Act (MCRSA) allows applicants to continue operations during state licensure when operating in compliance with local zoning regulations, and requirements of other state and local agencies, prior to January 1, 2018. However, beginning Jan. 1, 2017 no new applications for local permits will be accepted by the county until after an Environmental Impact Report is completed and the Board of Supervisors enacts a new local ordinance.

REMEMBER, registering your farm is not the same as applying for a permit. For those who have begun or completed the registration process, you will still need to apply for a permit with the county. The type of permit you apply for will be determined based on the requested commercial activity, property characteristics, and zoning. The same applies for those who missed the deadline to register to be eligible for good standing, you may still apply for a clearance or permit in order to secure a zoning entitlement.

If you have questions about the permitting process, please contact the Planning & Building Department at 707-445-7446. You may also reach the Cannabis Services Division via the 24-hr Cannabis Hotline 707-268-3795 or by emailing: cannabis@co.humboldt.ca.us.