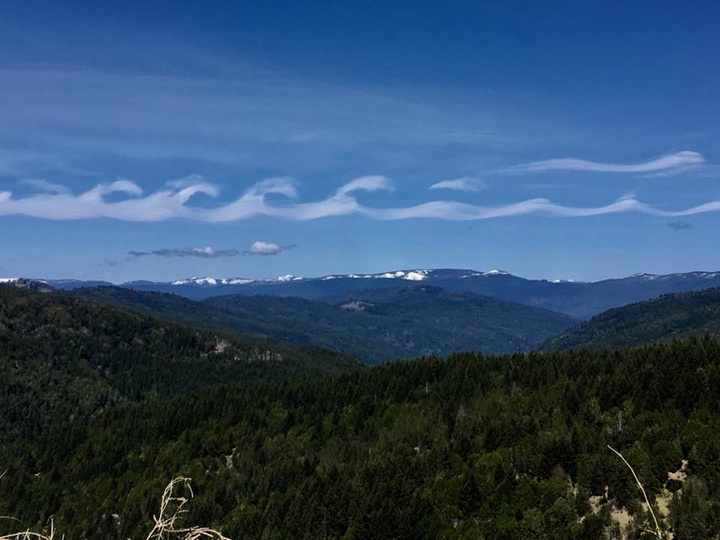 In an effort to learn more about these pretty clouds, LoCO reached out to our friends at the National Weather Service of Eureka this morning. Meteorologist Karleisa Rogacheski told us that these rarely-seen clouds are called Kelvin-Helmholtz clouds.

“Indeed, they are quite rare,” Rogacheski said. “These form when when there is strong vertical shear between two airflows. The air in the upper levels blow faster than the lower levels thus you get these wave like clouds to form — If you’re wondering what vertical shear is, it’s a form of wind shear. Wind shear is the change and direction of wind speeds as you move higher in the atmosphere.”

Keep your eyes to the sky Humboldt, as more clouds are expected to drop water on our area throughout the week.

The same clouds as seen from the North Jetty.|Photo by Shawn Cressey.