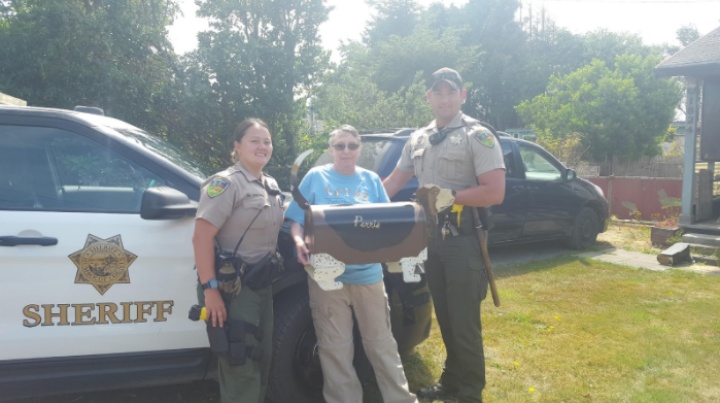 On 08-12- 17, a HCSO Deputy was involved in a vehicle pursuit of a blue Ford Focus. The deputy pursued the vehicle through McKinleyville until it collided with a residence in the 1800 block of Fischer Road causing minor damage to the residence. After a short foot pursuit, the driver, Conte Watson who is on Post Release Community Supervision (PRCS) was arrested and taken into custody. He was transported to the Humboldt County Correctional Facility where he was booked for the following charges: VC2800.2(a) Evading a Peace Officer, PC 29800(a) 1 Felon in Possession of a Firearm, PC 30305(a)(1) Felon in Possession of Ammunition, PC 22210- Possession of a Billy Club. Watson was also booked on two local warrants for his arrest- Those charges included: Felon in Possession of a Firearm, Hit and Run, Terrorist Threats, and Domestic Battery. Watson’s bail has been set at $225,000.

HCSO deputies later spoke with the homeowner, Melinda Perris whose mailbox was damaged by Watson. Perris advised deputies the mailbox was a gift from her late husband as they were an avid “Bassett Hound” family. Upon hearing this, Deputy Stallworth and Deputy Hwang collected the mailbox and made the necessary repairs. On 08-13- 17, the mailbox was returned to Perris who was very appreciative of the deputies work. The HCSO would like to thank the McKinleyville Ace Hardware for their assistance in providing the materials to complete the repair. “Community taking care of Community.”