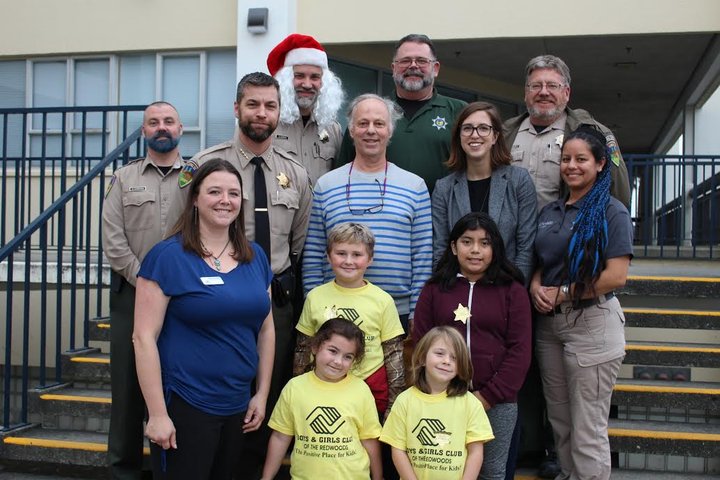 Sheriff’s ‘No Shave November’ competition raises over $2,500 for local youth

Beards and blue hair are helping spread holiday cheer this year to local children in need. Thursday, Nov. 30, 2017 brought an end to ‘No Shave November’ at the Humboldt County Sheriff’s Office. Throughout the month of November, deputies and staff were given the chance to opt out of dress code for a donation of $30 to Humboldt CASA or the Boys and Girls Club of the Redwoods. The Sheriff’s Office allowed those who donated to grow out their beard or dye their hair blue.

On Thursday, the Sheriff’s Office hosted a beard and blue hair judging competition for those who participated. Executive members of Humboldt CASA and the Boys and Girls Club, along with local children, were in attendance to accept the donation. In total, the Sheriff’s Office donated $1,335 to CASA and $1,260 to the Boys and Girls Club of the Redwoods.

“The kids were excited. It’s something they don’t usually experience,” said Monica Rose, Executive Director of the Boys and Girls Club. “It’s important for kids to see law enforcement as on their side and for them.”

Rose says the donation from the Sheriff’s Office will go towards providing gifts and meals to children and teens during the holidays.
“About 80 percent of our kids won’t get gifts for Christmas at home,” Rose said. “With this donation and one other, all of those kids will be able to get gifts.”

For Humboldt CASA, the donation will help fund advocate training. CASA advocates are volunteers who help ensure that foster children are placed in a safe and nurturing home, provide fun experiences for the kids and follow up with them as mentors.

“When kids are old enough and find out that our advocates are volunteers, they are blown away,” said Steve Volow, Executive Director of Humboldt CASA.

‘No Shave November’ is just one of several programs the Sheriff’s Office participates in throughout the year to support the community.