(UPDATE: MAYBE NOT) FIBER DOWN? ‘Tis Always the Season for a Mass AT&T Telecommunications Outage! »

Look Up: Tonight’s Supermoon is the Only One of the Year, Celebrity Astrophysicist Neil deGrasse Tyson Says It Will Be An Embarrassment to the Word ‘Super’ 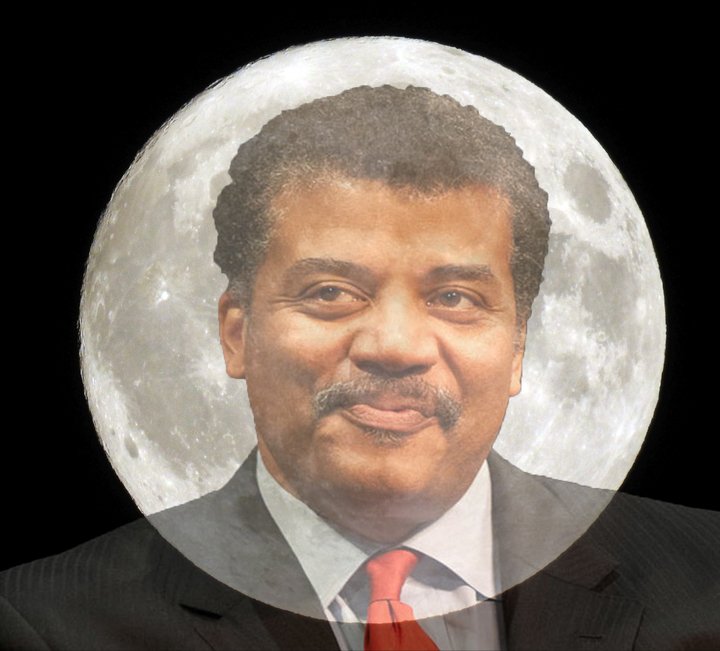 If you look up tonight, you will see the brightest full moon of the year. But celebrity astrophysicist Neil deGrasse Tyson is not impressed.

While mainstream news outlets like CNN are reporting that tonight’s “supermoon” — a full moon that occurs while the moon is at or near its closest point in its elliptical orbit around Earth — will be “16% brighter and appear 7% larger than its usual size,” Tyson decided to drop some of his own knowledge on Twitter.

“FYI: The very concept of a Super Moon is an embarrassment to everything else we call super:  Supernova, Supercollider, Superman, Super Mario Bros,” Tyson wrote on Twitter today. “This month’s ‘Super Moon’ is 1% brighter than last month’s non-Super Moon.”

The folks at our local National Weather Service office told the Outpost that skies should remain clear tonight, if you decide to check it out anyway. Meteorologist Jeff Tonkin said that fog may be possible in the low-lying areas, but that skies should be cloud free.

“For the most part, the only issue that would come up is fog,” Tonkin said over the phone. “It’s looking very favorable that it’s going to be clear tonight, and any fog wouldn’t happen until really early in the morning.”

Tyson’s Twitter rant, however, helps put things into perspective about how significant this full moon actually is compared to others.

While this supermoon won’t be all that spectacular, it is the first of three supermoons we will see between now and the end of January. And the last one will actually be pretty special.

NASA reports that on January 31, 2018, a supermoon total-lunar eclipse will occur, also known as a “blood moon” because of its reddish hue. And the excitement doesn’t stop there. The January 31, total-eclipse supermoon will also be the second full moon that month, making it a “blue moon,” which only occur once every two-and-a-half years on average.