Facing Charges of Killing Her Own Daughter and Another Teen in Hit-and-Run, Marcia Kitchen Files Claims For Damages Due to Road Conditions »

A McKinleyville That Runs on the Sun? Community Services District Dreams of Mass Conversion to Solar Power 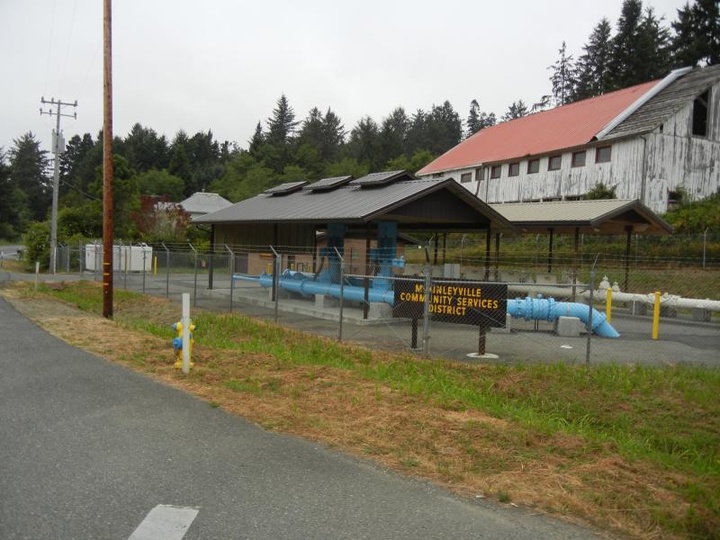 You could put some panels on that. Photo: MCSD.

Nearly a decade ago, when former Director Jeff Dunk tried to get the McKinleyville Community Services District to embrace solar power, the idea went down in flames. Both district management and Dunk’s fellow directors shot down the idea as being financially unfeasible.

But now, after hundreds of thousands of dollars of electricity bills since the idea was initially floated, the district’s board and management have done a complete about-face.

At its Jan. 4 meeting, the board agreed to amend the district’s five-year Strategic Plan to include a solar energy systems to power all the district’s facilities, if feasible.

Director John Corbett suggested the additions to the Strategic Plan, with language calling for district staff “to develop, as soon as possible, but no later than five years, a comprehensive solar plan to properly power all the district’s needs.”

The plan would detail all the solar components, include steps of implementing the plan and would incorporate detailed feasibility studies.

The solar panels would be placed at sewer and water facilities, as well as at parks and on district buildings.

Corbett said he wanted district staff to have clear direction on the board’s priorities. Although the plan is flexible and gives staff five years to complete the projects, Corbett said he would be disappointed if it took that long.

Director George Wheeler, who ran for his seat with the promise of pushing for solar, told the board “I’m shocked and pleased and ready to vote.”

The agenda item was for discussion only, so no vote was necessary, but all directors in attendance were in support of the solar proposal.