They’re Planning to Bring the California Condor Back to Humboldt! Your Input Welcomed at Meetings Next Week 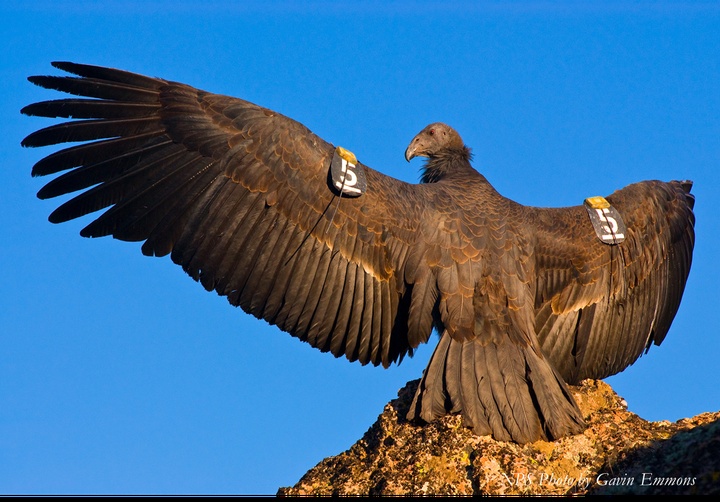 This is pretty great, is it not?

You can find the full, prettily formatted and informative National Parks Services flyer for the upcoming meetings in Eureka, Klamath and elsewhere here.

Press release from the National Parks Service below:

The National Park Service (NPS), the Yurok Tribe (tribe), and the US Fish and Wildlife Service (USFWS) will be holding five public meetings to present a plan to reintroduce California condors into Redwood National Park in northwestern California. The project would continue efforts to restore condors in California and would further the goal of returning the condor into its historical range by expanding the geographic scope of recovery efforts already in progress in southern and central California, the Southwest, and Baja California, Mexico.

The NPS, Yurok Tribe, and the USFWS are among 16 partners teaming up in this effort to return the largest land bird in North America into its historical range in Yurok Ancestral Territory. The partners signed an agreement to cooperate in support of conservation of this iconic species. The agreement can be found here.

Due to a number of factors, including lead poisoning, the California condor was on the verge of extinction in the 1980s. Over the last several decades, conservationists and scientists have committed to saving condors from extinction and reintroducing birds into the wild.

The number of condors in captivity and in the wild has increased from a low of 22 birds to over 400. Since 2003, the Yurok Tribe has spearheaded efforts to reintroduce condors into the Pacific Northwest, where the bird has not been seen for more than a century.

Reintroduction into Redwood National Park would contribute to the recovery of this species through reestablishing a breeding population within its historical range.

“The park is excited to work with the Yurok Tribe and our partners to return the California condor to its historic range along the north coast of California,” said Redwood National Park superintendent Steven Prokop. “This cooperative effort to expand the current range of condors is critical to the long-term survival of California condors. Condors are a key factor in the ecological and cultural vitality of the redwood ecosystem.”

“Partnering with Redwood National Park at this point makes sense for the successful restoration of this sacred bird in our Yurok ancestral territory,” said Thomas P. O’Rourke Sr., Chairman of the Yurok Tribe. “The Yurok Tribe has been working diligently to make the condor re-introduction a reality and we are very close to completing our goal of seeing prey-go-neesh fly over Yurok skies.”

Despite a century-long absence from the Pacific Northwest, the bird has continued to play an important role in Yurok tribal ceremonies. In support of condor recovery, the tribe has undertaken the scientific groundwork needed to determine if the region still has the ecological capacity to support this large vulture. Results of the work indicate that the sparsely populated redwood coast contains ample nesting, foraging, and breeding habitat. This habitat is quite different from other recovery areas in central and southern California, the Southwest, and Baja California, Mexico. Reintroduction along the northern California coast would greatly diversify resources available to the species.

“The U.S. Fish and Wildlife Service is excited about the potential to bring back California condors to the Pacific Northwest,” said Amedee Brickey, U.S. Fish and Wildlife Service California condor coordinator. “This effort should improve our ability to recover this iconic species by having multiple populations of condors throughout their historical range.”

The proposed reintroduction program includes establishing a release facility and monitoring program in Redwood National Park. The NPS, USFWS, and Yurok Tribe are preparing a plan to examine impacts of condor reintroduction on the natural and human environment in the park and the region.

The public is urged to look at the project website for information on the project and how to comment. Comments will be accepted at the meetings or through the website through February 28, 2017.

Comments will be used to develop the plan which will be available for additional public review and comment. A decision on the reintroduction program is scheduled for October 2017.