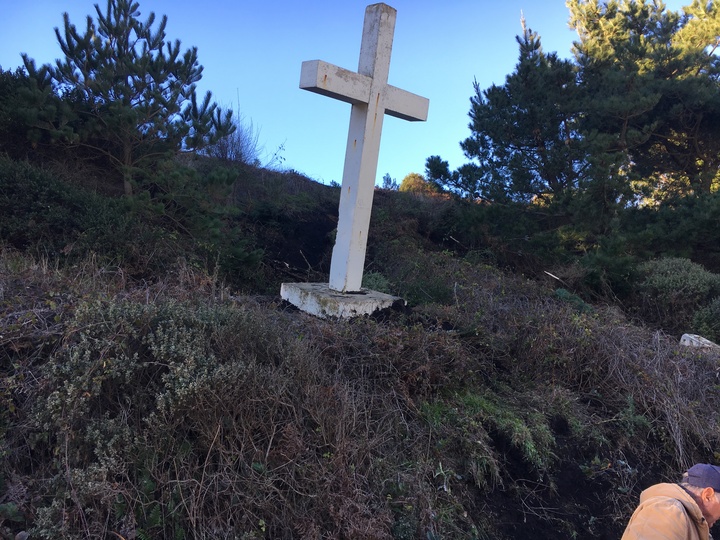 The Centerville Beach Cross after being rescued. | All photos and video by Rex Bohn.

Last week we reported that recent storms had left the Centerville Beach Cross, a California Historic Landmark, perched precariously on the edge of a rapidly eroding precipice. The situation looked dire. “I don’t think it can be saved,” First District Supervisor Rex Bohn said at the time.

But hark! What’s this? A miracle?

Today Bohn sent LoCO a text message: “Guess what slid down the mountain today.” We feared the worst, but no! Turns out the monument was pulled down the back side of the mountain with heavy equipment thanks to an effort from Bohn and some of his colleagues in the Native Sons of the Golden West, the historical group that erected the first cross in 1921 and its replacement in 1995.

“It was pretty bitchin’ to watch it,” Bohn said. “I fell down the hill twice.”

The rescue looks pretty harrowing from the photos. Below is a look at the base of the monument hanging over the edge of the cliff, with people looking tiny on the beach below. 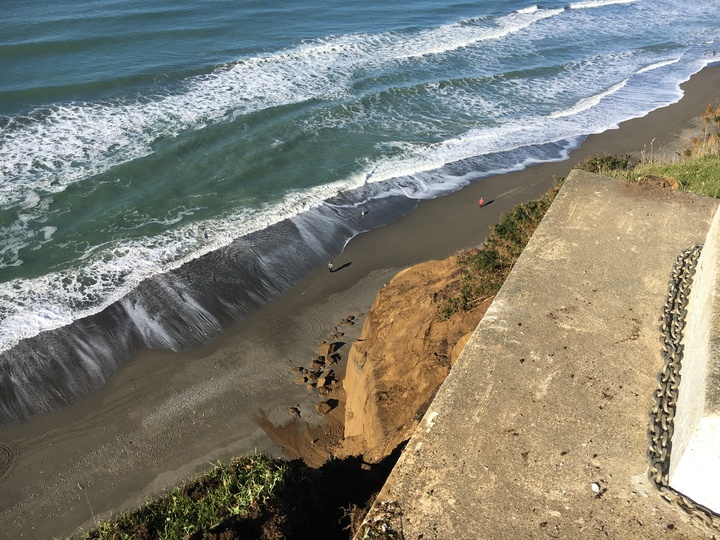 Cue John Williams’ Superman theme: Here’s the tractor (and humans) that came to its rescue: 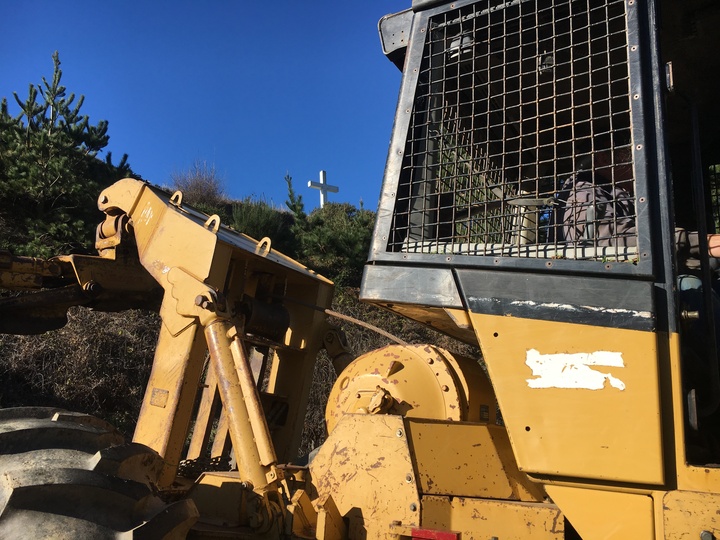 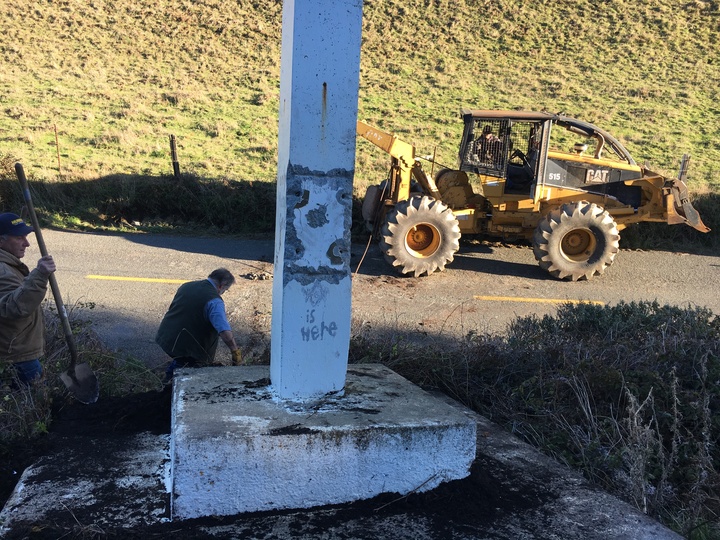 The plaque explaining the monument’s significance was removed earlier in the week in case the cross fell.

Bohn said the work crew broke chains trying to unearth the cross. “We couldn’t get it budged. We had to re-hook the chain about six, eight times,” he said. “At one point it looked like it was going [to tip] over. But we kept it upright whole time.”

The monument commemorates the 1860 shipwreck of the SS Northerner, a crash in which 38 people died. And to this day (or earlier this day, anyway) fishermen used the cross as a visual reference point while out at sea.

“We decided we couldn’t take a chance with the big storm coming in to lose it, that heritage,” Bohn said. He and his friends now plan to talk to neighboring property owners in hopes of replacing it somewhere nearby.

An “after” photo shows the spot where the cross sat for more than 20 years: 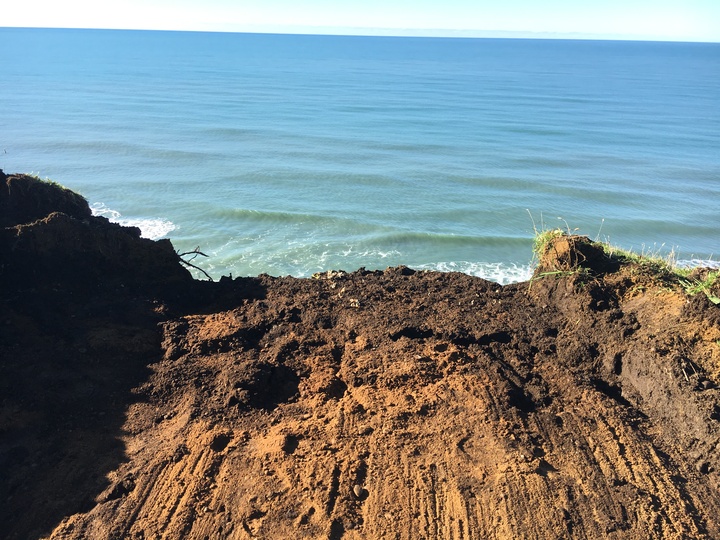 And below is video of the cross being dragged down the hill.