« (UPDATING) Snowy, Icy Roads are Causing Traffic Accidents All Around Humboldt This Morning

HARDIN: Going Off the Grid »

Snow, Hail and Rain Will Continue to Pummel Humboldt for the Rest of the Day 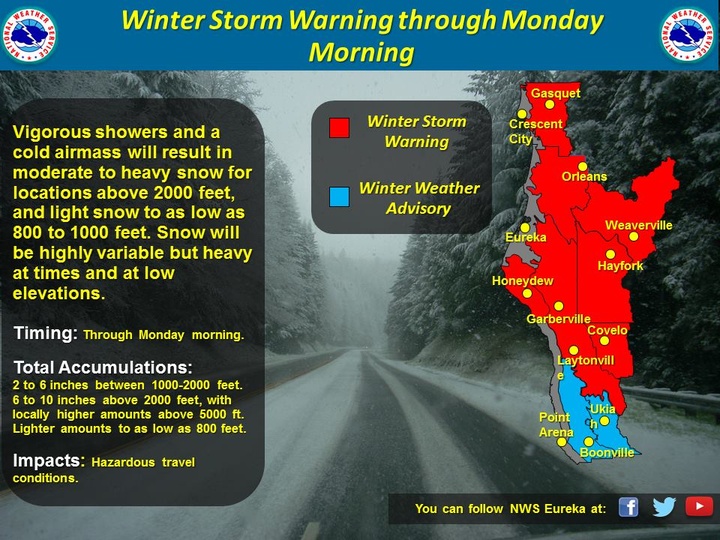 Meteorologists at the National Weather Service of Eureka report that moderate to heavy snow will continue to fall at elevations above 2,000 feet.

Light snow has also been reported at elevations between 800 and 1,000 feet.

“Snow will be highly variable but heavy at times and at low elevations,” the NWS writes on Facebook.

Roadways are extremely hazardous at the moment. Travel with extreme caution.

Flurries of hail have been reported all along Humboldt’s coast this morning. Widespread showers are forecast for Northwest California for the remainder of the day.

Arcata resident Killarney Roscoe made the most of today’s weather by building a hail man.