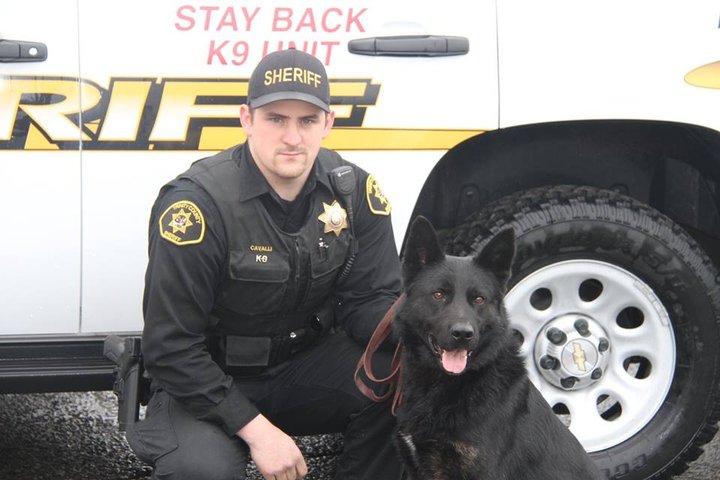 Trinity County Sheriff’s Office K-9 “Kash” died with handler Sgt. Scott Cavalli by his side yesterday after a brief bout with an infection.

“Kash” was taken to the Trinity Animal Hospital in Weaverville on Tuesday after the dog stopped eating and showed signs of illness.

“It is with deep sorrow that the Trinity County Sheriff’s Office announces the passing of K-9 ‘Kash,’” the TCSO stated in a press release.

Cavalli was assigned to “Kash” in December of 2012, spending their career together policing the Hayfork area.

“The two made an outstanding team,” the TCSO stated. “K-9 ‘Kash’ was utilized in hundreds of cases over his career to serve the people of Trinity County in both narcotics detection and suspect apprehension.”

“Kash” reportedly helped seize of more than one pound of meth in his final week of service.