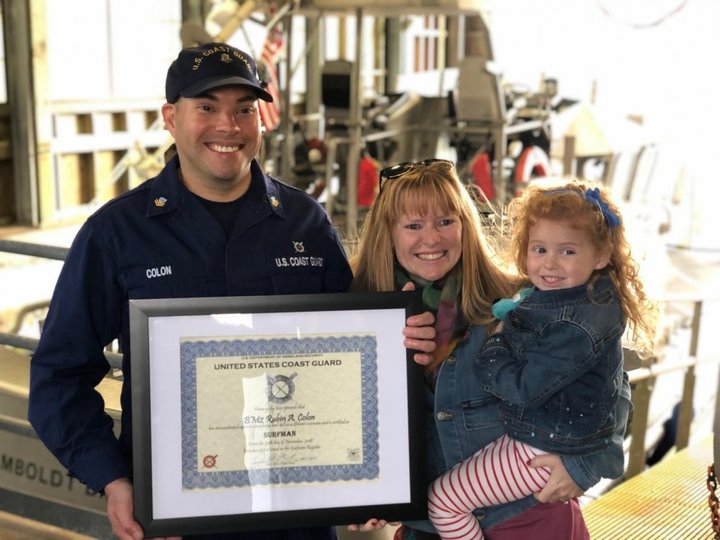 The surfman designation is the highest qualification a coxswain can achieve in the Coast Guard. Qualified surfmen are authorized to operate the 47-foot Motor Lifeboat at the edge of boat’s operational limitations of 20-foot breaking surf, 30-foot seas and 50-knot winds.

“This has been a career goal and I’m excited to have made it,” said Colon. “I could not have achieved it without all those who mentored me and the crews I rely on to operate the boat.”

The surfman designation dates back more than 200 years to the U.S. Life-Saving Service, a predecessor of the Coast Guard.
More information on the register of surfmen can be found here.