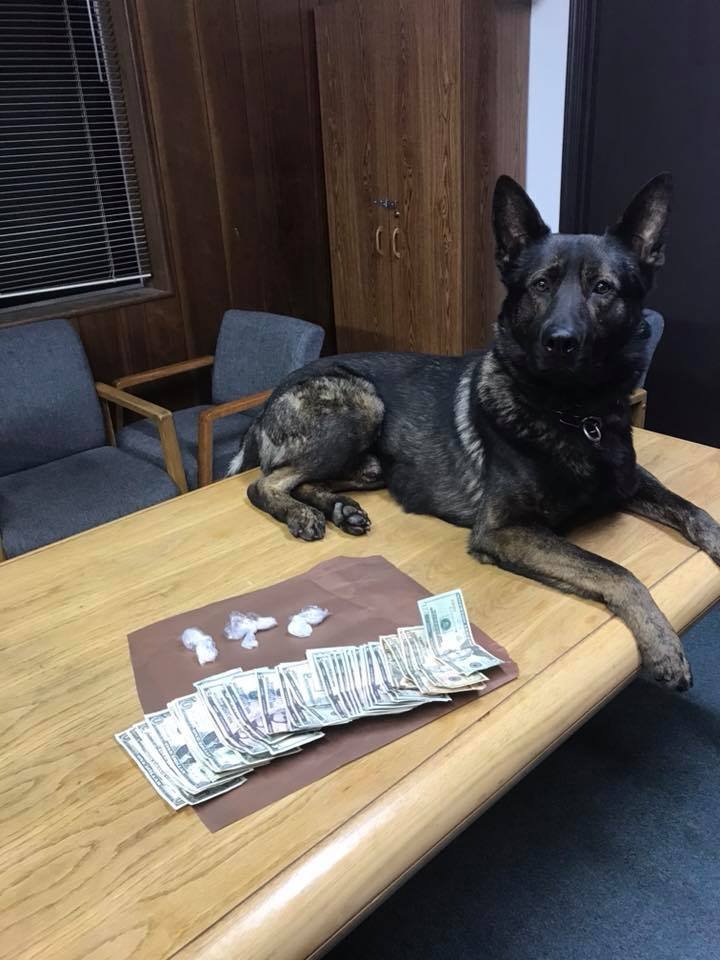 Another win thanks to K9 ‘Kai!’

On 2-10-2018, at about 3 am, a CCPD Officer conducted a traffic stop in the 200 block of L street. K9 Kai was deployed during the stop and CCPD Officers recovered approximately 9.0 grams of suspected methamphetamine (that was packaged separately) and $221.00. The driver, 36 year old Nathan Rovier, was ultimately taken into custody and booked for HS 11378 possession of a controlled substance for sales, HS 11379 transportation of a controlled substance for sales and other charges.

CCPD Officers are dedicated to keeping our community safe, and keeping dangerous substances off our streets. Go Kai!