Felony Warrant Suspect Nabbed While Changing a Tire Near Blue Lake; Found to be in Possession of Stolen Revolver » 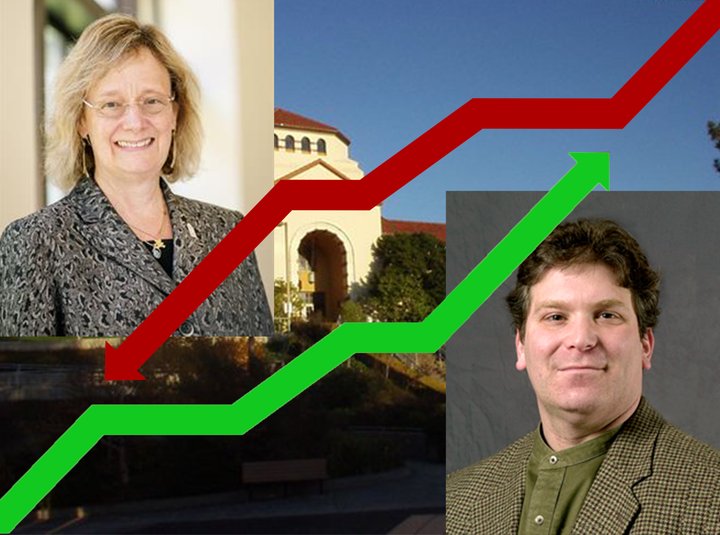 A forensic accountant specializing in the financial health of higher education institutions says that HSU is doing better than administrators want you to believe — much better.

Eastern Michigan University accounting professor Howard Bunsis, who was hired by the California Faculty Association to audit Humboldt State University, presented his findings to a small group of HSU faculty, staff, students and administrators in the Green and Gold Room of Founders Hall yesterday morning. In his report, Bunsis vehemently refuted the administration’s claims that the school needs to make significant cuts based on the reported $7 million budget shortfall this year and estimated $9 million shortfall for next year.

“These two claims are definitively untrue,” Bunsis said during the presentation. “They’re the exact opposite.”

Based on data compiled during his audit, Bunsis says HSU generated $14 million in excess cash flow last year. Additionally, he says the school generated a $898,192 surplus of auxiliary funds, which administrators hoard through self-imposed restrictions that can be changed at any time. With these two categories combined, HSU reportedly saw a budget surplus of nearly $15 million in 2017.

HSU’S past revenue. Numbers in thousands. | Graphs by Howard Bunsis.

“The claim that the auxiliary orgs are off limits is self-imposed,” Bunsis’ report reads. “The administration has consistently claimed that none of these funds are available for anything. However, these funds are real money, and the surpluses just build up reserves for HSU. By ignoring these funds, tuition is higher than it should be, the commitment to the core academic mission is lower than it should be, and the quality of education delivered to students is below the level that the true financial situation of CSU supports. In addition, people are losing their jobs, and this should not be happening.”

Bunsis also attacked the administration’s reasoning for its financial woes: deficit spending, higher spending than peer institutions and rapidly rising salaries and benefits. According to the report, these reasons are unfounded.

So, all this raises the question: If HSU is financially stable, why would administrators report that the university is in the poor house? Bunsis says it’s likely that administrators want to justify their salaries and prove to their bosses that the university will continue to be financially stable into the unforeseen future. And while he expects administrators to counter his budget analysis and discredit him in the coming days, he doesn’t necessarily see their decisions as coming from an evil place.

“In their minds, they think they are doing what’s right for the long term health of HSU,” Bunsis said. “I’m not going to change their minds.”