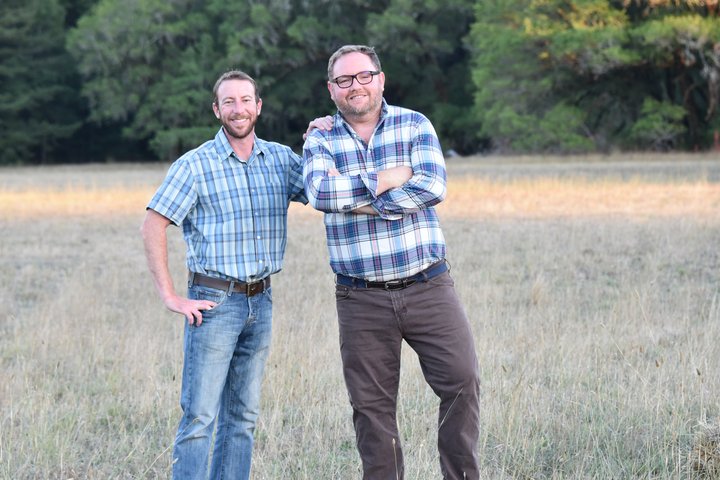 Francis Ford Coppola, the renowned director of the Godfather movie franchise, has teamed up with two Humboldt County business partners to develop a line of marijuana products.

Humboldt Brothers, a cultivation and distribution company run out of multiple Humboldt locations, including Arcata’s Medical Marijuana Innovation Zone, was chosen by the six-time Academy-Award-winning director to provide the marijuana for his new “Grower’s Series” brand.

Humboldt Brothers co-founder and Pepperwood native Johnny Deim told the Outpost that the Coppola partnership came about after he and his business partner Brett Todoroff brought product samples down to California’s Wine Country.

“We heard that [Coppola] had been looking for a good actor in the industry and we have friends in Napa, so we started bringing samples down earlier in the year to people that are close to Francis,” Deim told the Outpost. “They liked the fact that we were sun-grown and sustainable.”

Coppola, a longtime winery owner, said that — like wine — location of marijuana cultivation matters, leading him to develop his product in an area with the right “agricultural expertise.”

“Wine and cannabis are two ancient and bounteous gifts of Mother Nature, linked by great care, terroir and temperateness. Expertise making one applies to the other,” Coppola is quoted as saying in a press release. “As with growing grapes, location matters, and The Grower’s Series reflects California agricultural expertise creating a true blend of art and science.”

So far, the product is only available at a limited number of stores. But Deim said that local buyers can pick up the product at the One Log Dispensary in Piercy, near the Humboldt County line.