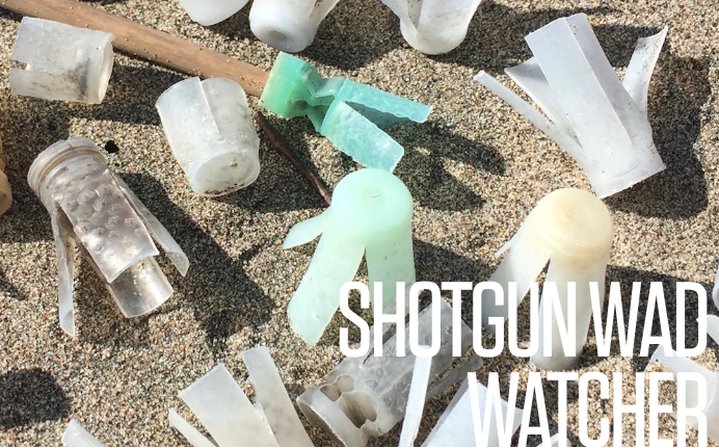 Photo of wads taken from the Surfrider Foundation.

“What’s up with all the wads?”

That’s the question the Surfrider Foundation is asking beachgoers across the world.

The non-profit environmental organization is concerned with all the used shotgun wads polluting the earth’s shores, and it’s asking concerned citizens to collect the wads and upload photos of them to its Shotgun Wad Data Collection Map.

“Plastic shotgun wads show up in great numbers along waterways and shorelines throughout the world,” the San Francisco chapter of the Surfrider Foundation wrote on its website. “Projected from shotgun barrels — the plastic wads are shot into marshes or over water where they are difficult to retrieve. Heavy rains and high tides cause the wads to float to the sea where they remain until picked up and sometimes photographed by concerned citizens.”

A look at the map shows that a couple of local beachgoers have already begun collecting the wads, sending photos from Clam Beach, Samoa and Stone Lagoon.

A look at the local collection map. | Surfrider Foundation

“The wads have the ability to travel great distances in water, following ocean currents, and have been collected by beachcombers, dog walkers and sports enthusiasts far from their source,” the Surfrider Foundation stated online. “Calling all you citizen scientists, please join us. Next time you find wads on the beach, take a picture and post it to our Shotgun Wad Data Collection Map.”