Resilient Panthers Come Through in the Clutch Yet Again »

Tigers Rally Late to Set Up NCS Showdown With Mack

The Arcata Tigers pulled out a thrilling 5-4 win over St. Patrick-St. Vincent in the North Coast Section Division-IV semifinals at the Arcata Ball Park on Friday, setting up a championship showdown with arch rivals McKinleyville next week.

Trailing 3-1 late in the game, the Tigers scored three runs in the bottom of the sixth, only for the visitors to rally themselves and tie the game once again in the top of the seventh.

That, however, proved to be just a minor setback for the home team, which loaded the bases with one out in the bottom half of the inning, setting the stage for a dramatic walk-off when Mason Nichols drove in Xavier Finegan on a sacrifice fly to center field for the winning run.

“It was a thrilling finish,” said Arcata head coach Troy Ghisetti, who quickly added that it was also his team’s worst game of the year, from a defensive and base running standpoint.

“But for our kids to stay focused and come away with a win against a very good team, that was nice,” the coach said.

Senior Jaden Gorge, who was a freshman on the Tigers’ NCS championship team of 2016, the program’s only section championship, played a pivotal role in getting them back there.

“That kid goes out and battles his butt off,” Ghisetti said. “He stayed focused and really came through in the clutch when we needed him.”

With time running out and down to their final five outs, the Tigers pieced together five consecutive base hits from Alex Gorge, Trapkus, Mason Nichols, Brian Ford and Porter Price to score three runs and take a one-run advantage into the final inning.

Nothing comes easy at this stage of the playoffs, however, and with two outs in the seventh the visitors rallied to tie the game again.

Finegan was then walked to lead off the bottom half of the inning and was quickly joined on base when Jaden Gorge was hit by a pitch.

The two were then advanced on a well-executed sac bunt by Merick Sears, before Alex Gorge was intentionally walked to load the bases.

Trapkus then provided the late heroics with a deep fly ball to center field, comfortably scoring Finegan for the winning run.

“I thought we came through executing, and I just thought the team stayed focused and they battled,” Ghisetti said.

Trapkus and Ford each finished 2-for-4, while Sears also had a hit and Alex Gorge had two sac bunts in addition to his base hit.

The Tigers (22-6) will now get a rematch with their closest rivals and a Panthers team that has gotten the better of them three times in four games this spring. 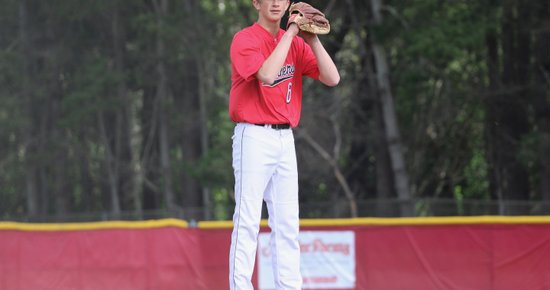 Resilient Panthers Come Through in the Clutch Yet Again