« Another Round of Strong Winds Forecast for Tomorrow; Heavy Snow Possible for the Interior

The Ferndale Wildcats will face their toughest challenge of the year on Saturday night, when they play Salesian for the NCS Division-7 championship.

The Cats are making their first appearance in a section decider since 2012 and are seeded No. 2 in their bracket, while Salesian is seed No. 1 and will be making a second straight championship appearance, having last won the title in 2014.

The showdown will be held at Alhambra High School on Saturday night at 7 p.m.

The Wildcats come into the clash fresh off a dominating 35-7 win over Willits in their semifinal, and will be hoping to carry some momentum from that game, in more ways than one.

It was the first time all season, Ferndale has not coughed up a turnover, a further sign of this team’s continued improvement.

Salesian, however, will present a much sterner challenge, with both teams boasting identical 10-2 records.

“We’ve seen a few big teams this year, but their big men are pretty athletic and move around, so that’s going to be a challenge for us,” Ferndale head coach Clint McClurg said of the Pride.

The Wildcats, who have won 10 of their past 11 games, should pose plenty of matchup challenges themselves.

Ferndale is playing physical football along both lines, each of which appears to be peaking at the right time, as well running the ball extremely well and complementing that with a much improved passing game and smart play from ever-improving quarterback Jenner Christiansen.

One of the keys for the Cats will be controlling the time of possession.

“We want to get our offensive line going and get the running game going, and set up some play action passes and some counters too,” McClurg said. “And Jenner’s got to be very efficient with the football and not turn the ball over.”

Weather conditions are also expected to play a role, with rain and wind and temperatures in the high 40s forecast for game time.

Kickoff is scheduled for 7 p.m., and the game will be streamed live through the FHS Network. 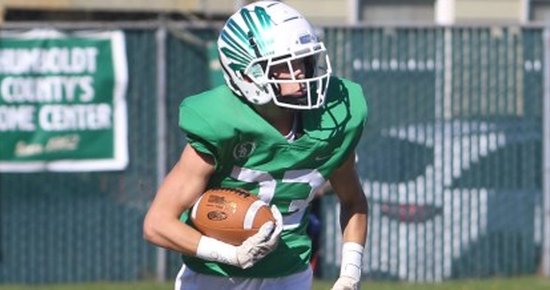