Eureka Home Goes Up in Flames on 8th Street 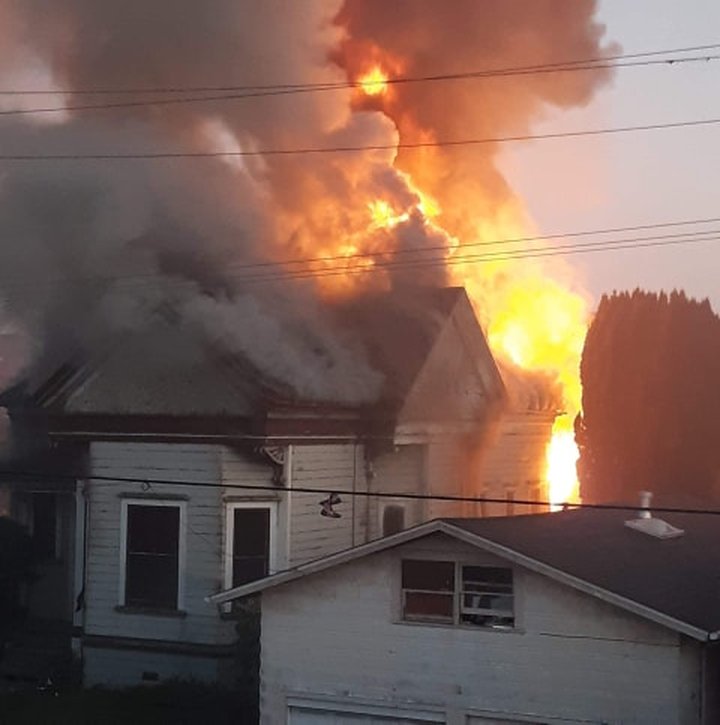 See video of the demolition and a press release on the incident here.

Humboldt Bay Fire spokesperson Amy Conlin told the Outpost on scene moments ago that the building has been cleared and that they don’t believe anyone is still inside the residence.

Humboldt Bay Fire is currently working to extinguish a house fire burning near the corner of 8th and H Streets in Eureka.

A photo sent to us by reader Sean Garrison shows that large flames were rising from the building before firefighters arrived on scene.

Lost Coast Communications employee Shane Mizer is on scene and tells us that firefighters are currently using a chainsaw to cut a hole in the roof.

Flames are still visible from outside the home.

PG&E is also on scene.