Eureka Home Goes Up in Flames on 8th Street » 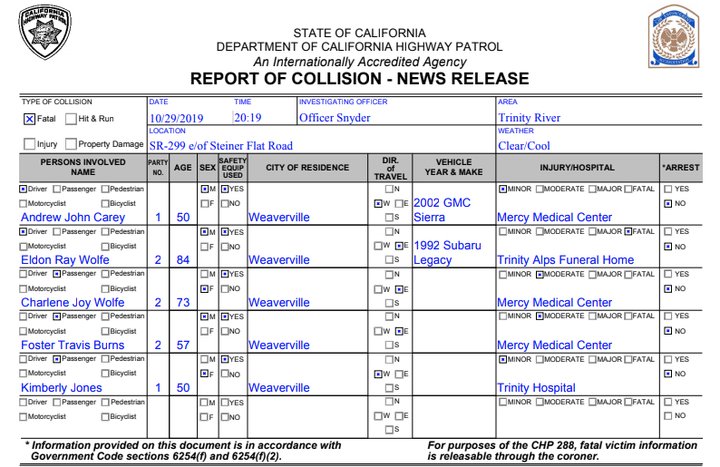 A GMC Sierra carrying two people that had been traveling westbound on 299 veered across solid double yellow lines and collided head on into a Subaru Legacy which was traveling eastbound on 299 carrying three people. Following the collision both vehicles came to rest in the eastbound lane.

The cause of this collision is under investigation. Alcohol does not appear to be a factor.