A busy Friday night for local football sees seven teams in action, including three of them here on the North Coast.

Up in Crescent City, the Del Norte Warriors will look to continue their impressive start to the season when they host La Salle, while McKinleyville hosts Fort Bragg at the Redwood Bowl and Round Valley travels to Miranda to play South Fork in eight person football.

Also in action on Friday, Eureka travels to Foothill, Fortuna travels to Kelseyville, Hoopa plays at Etna and Ferndale is at Fall River.

On Saturday, St. Bernard’s hosts Arcata in the only all-local matchup of the weekend.

For more on the Eureka game, see Loggers hit the road, prepare for Foothill.

The Warriors are off to an impressive start, winning their opening two games, including a 20-19 road win over a highly-ranked Moreau Catholic in week one.

Last week they rolled over Yreka 62-0 in a mismatch, and this week for the third straight weekend they will face a team playing its first game of the season.

For comparison sake the Falcons are almost 8,000 places behind Del Norte in the MaxPreps national rankings.

The Huskies will hit the road for the third straight week, playing a Knights team that is coming off an impressive 40-14 win at Ukiah.

Last week the Huskies suffered a heartbreaking 45-39 loss at Miramonte, with the home team getting the winning score with just 15 seconds remaining.

The good news for a young and new-look Huskies team is that they have consistently shown improvement from week to week, through their scrimmage and first two games.

Expect more of the same this week in another tough matchup for Fortuna.

Early-season injuries have set back the Warriors who will be looking for their first win at Etna on Friday night.

The Lions are coming off a 39-0 win at Weed and appear to be a pretty competitive program this year and should give Hoopa all they can handle.

It should be a close matchup between two good programs, however, and this would be a good first win for a Warriors team that is getting healthy again and one that will be more and more dangerous going forward.

Last season the Warriors defeated the Lions 24-7 at home.

The Cubs are also coming off a week-two bye after suffering a big loss to Cornerstone Christian in their opener.

Round Valley also is 0-1 and won’t be as tough a challenge as Cornerstone was for a young Cubs team.

Fresh off a bye last weekend, the Ferndale Wildcats will head to McArthur to play Fall River.

The Bulldogs are 1-0, having defeated Modoc 2-0 in their opener.

The Wildcats are 0-1 after dropping their opener at home to Clear Lake two weeks ago in what was an up-and-down performance, with plenty of positives.

For the third straight week the Panthers will face an opponent playing its first game of the season.

The Panthers have moved the ball well at times in their first two games, but have had difficulty finding the end zone, and finishing drives will be a priority against the Timberwolves this weekend.

The game will be played at the Redwood Bowl as construction continues on the Panthers’ home field. 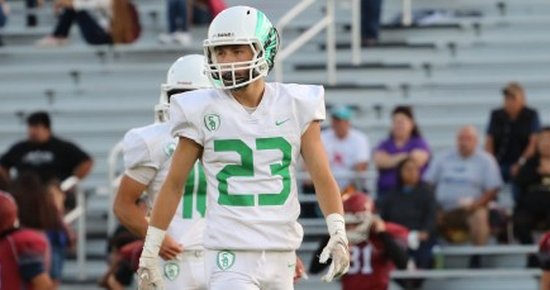