MUSEUMS REOPEN! Eureka’s Morris Graves and Clarke Museum Will Open Their Doors to Art and History Fans Next Week »

Twenty-Six Down: The Eel River Was an Answer in Today’s NYT Crossword Puzzle 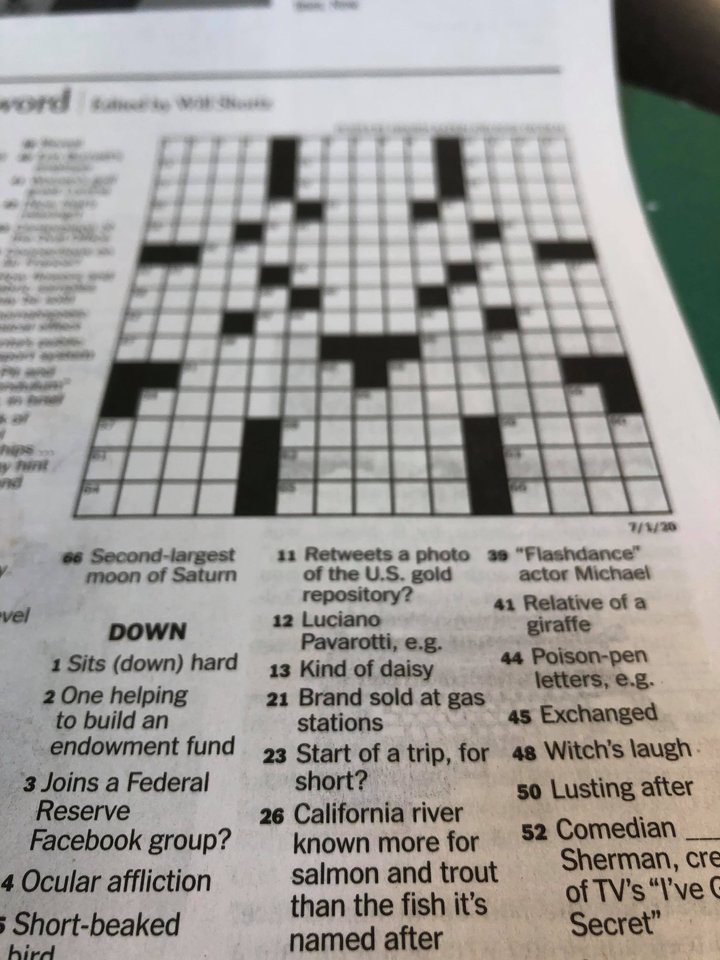 Big news for all you cruciverbalists. Eel River was the answer to 26 down in the globally celebrated puzzle edited by Will Shortz today.

“California river known more for salmon and trout than the fish it’s named after,” the question reads.

The Eel, of course, gets its name from the lampreys that inhabit it, a parasitic fish often confused for eels.

Humboldt also received a notable newspaper shoutout in 2018, when its beloved and elusive marten was referenced in the Mark Trail comic strip.