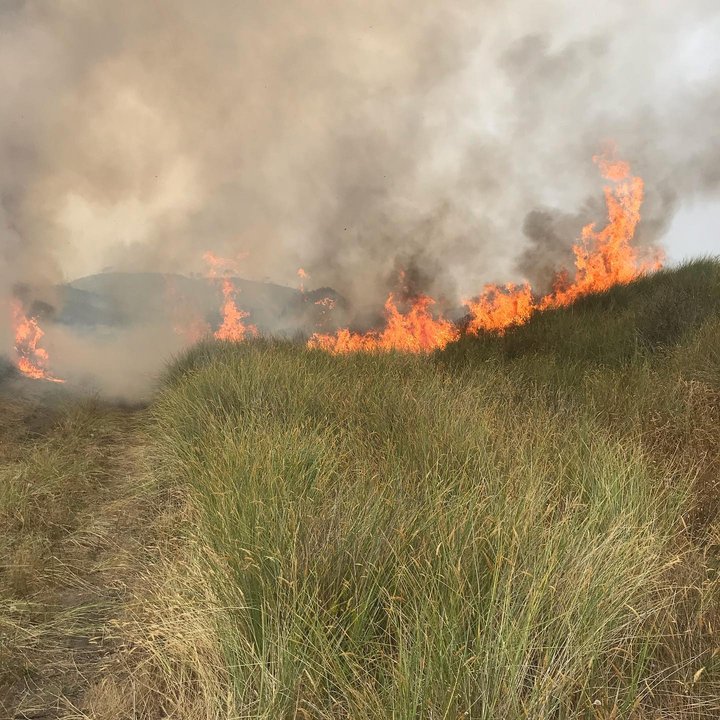 Photos provided by the AFD.

The fire started around 5 p.m. in two separate locations. Multiple homes were immediately threatened but firefighters were able to stop the fire before any homes were lost. There were no injuries.

The cause is under investigation.