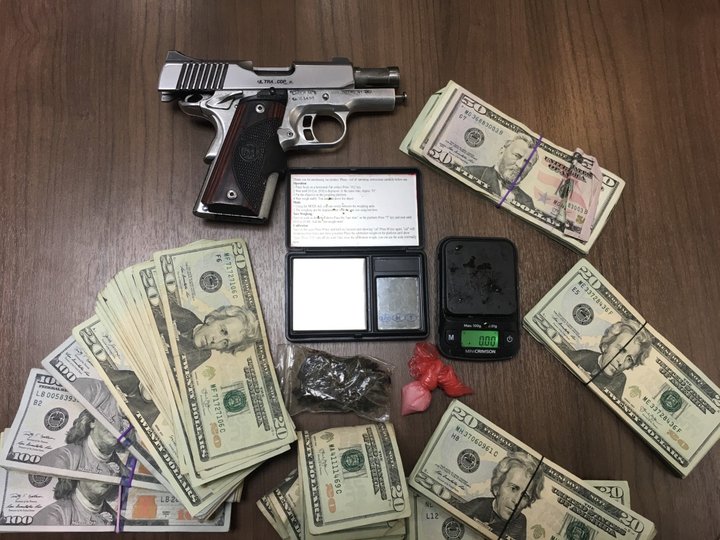 On March 9th, 2020, at approximately 3:30 p.m., special agents with the Humboldt County Drug Task Force (HCDTF) served a search warrant at a residence located in the 100 block of West Del Norte Street, Eureka.

Agents received new information the resident, Kevin Lee Haberman (age 41), is continuing to deal narcotics in Humboldt County. Agents are familiar with Haberman as he was recently arrested by the Humboldt County SWAT team on a variety of narcotics and weapons violations. Haberman posted bail on this previous arrest and was released from custody.

Upon arrival, Haberman was observed sitting in a parked car in front of the residence. Agents detained Haberman without incident and searched his person, vehicle, and residence pursuant to a search warrant.

Agents also located just over $8,000 in U.S. currency that is believed to be profits from drug dealing. This currency was seized and will be held pending asset forfeiture proceedings.

Haberman was subsequently placed under arrest and booked into the Humboldt County Correctional Facility for possession of controlled substances for sales, felon in possession of a firearm, and committing felony crime(s) while on bail.

Agents requested a bail enhancement on Haberman pursuant to PC 1275. The Humboldt Superior Court authorized the request and Haberman is ineligible for bail at this time.