Need a Thanksgiving Meal? Some Local Nonprofits Will Be Handing Out Free Food on Turkey Day » 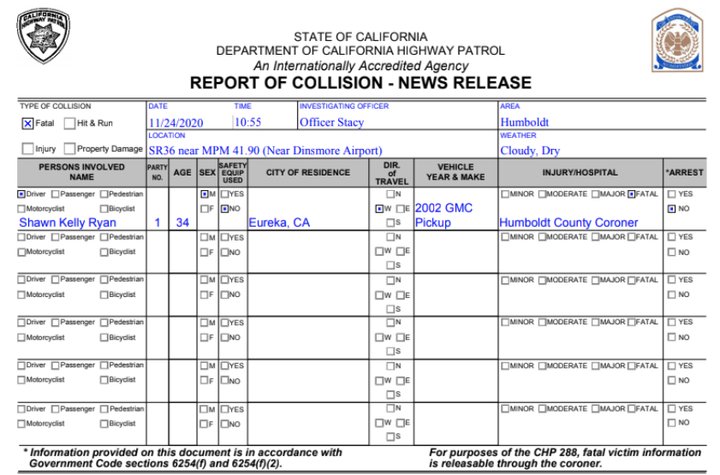 Emergency medical personnel responded to the scene and provided life saving efforts to the sole occupant of the vehicle, 34-year-old Shawn Ryan of Eureka. However, Mr. Ryan suffered major injuries as a result of the collision and succumbed to his injuries at the scene.

The Humboldt County Coroner’s office responded to the scene and subsequently made notification to the next of kin. A preliminary investigation by CHP revealed that Mr. Ryan was driving his 2002 GMC pickup westbound on SR-36 when he allowed the truck to travel off the road, overturn and collide with a tree. Mr. Ryan suffered fatal injuries as a result of this collision.

Photos of the scene provided by a reader.