HSU’s New Men’s Basketball Coach Arrested for DUI; University Says He Will ‘Take Some Time Away From His Coaching Duties’ 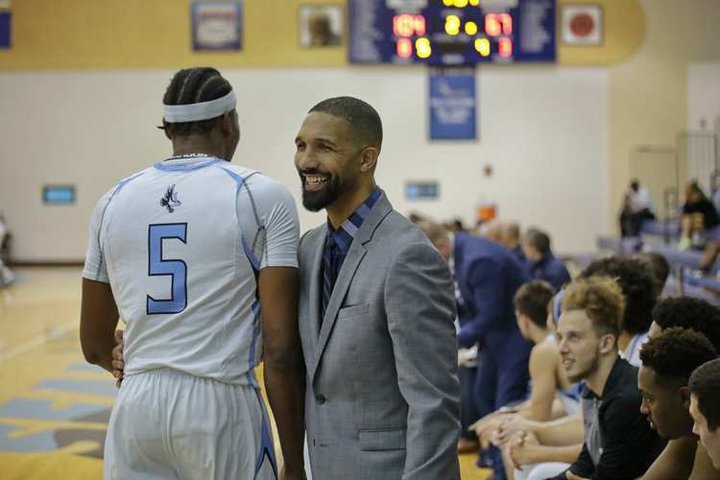 Coach Norwood has apologized to his team and has released a statement. He also apologized to the University community and has decided to take some time away from his coaching duties. HSU has high standards for the Athletics program and coaches, who are role models for our student-athletes and many others.

The University awaits the full details of the incident and is working with CHP to gather additional information. HSU is taking this matter very seriously and will address any additional measures that are needed.

“I am disappointed in the situation but I respect Coach Norwood. I am not surprised that he expressed regret about his lack of judgment in this incident,” says HSU Athletics Director Jane Teixeira. “He expressed to me his desire to learn from this matter and move forward as a better leader for the young men in the Basketball program. I believe this will be a teachable moment and I support Tae taking time to reflect on what happened.”

At this time, Teixeira indicated coaching duties will be handled by the men’s basketball coaching staff during Norwood’s time away. The team has been practicing on a limited basis due to the pandemic and will continue doing so during Norwood’s absence.

Last night, I was stopped by police on suspicion of driving under the influence. I am aware that my actions this weekend have disappointed and let down many people. No one is more disappointed in myself than I am. As the leader of the Humboldt State men’s basketball program I am responsible for holding myself to the highest standards and I take full accountability for my actions.

I would like to apologize to the HSU community, student athletes, coaching staff, and administration for such poor judgement. At this time, I will voluntarily be taking some time away from my duties as head coach.

I would genuinely appreciate the opportunity to have a second chance and learn from my actions. I am sincere in both my remorse and regret, and my commitment to improve. During my time away, I plan to attend counseling and volunteer for community service.

This experience will unequivocally help me become a better man, role model, and coach.