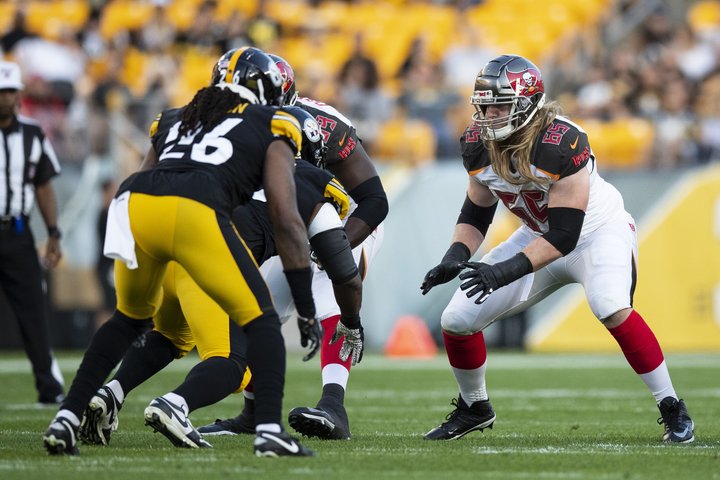 Former Humboldt State lineman Alex Cappa continues to be a standout among his young NFL peers.

Boston Globe reporter Ben Violin tweeted yesterday that the Buccaneer guard led all NFL players in performance-based pay for the 2020 season — nearly doubling his $750,000 salary by earning an extra $622,056.

Performance-based pay provides bonuses to players at the bottom of the league’s pay scale who see plenty of in-game action. Cappa was on the field for 99.7 percent of the team’s offensive snaps during the 2020 regular season, but missed most of the post season after he broke his ankle in the first round of the playoffs.

NFL Network reporter Mike Garafolo reports that Cappa won’t see a dime of his performance-based bonus until at least 2024, as part of negotiations hashed out by the NFL last year.

As part of last year’s negotiations over a salary-cap shortfall, the performance based pay was deferred a few years. Players will receive this season’s payouts in 2024 or later. Here’s the whole list: https://t.co/5syug2FbQB https://t.co/wepJsjtWNJ