(AUDIO) This New ‘Hi-Lo’ Siren Will be Your Signal to Evacuate, So You’ll Want to Know What That Sounds Like » 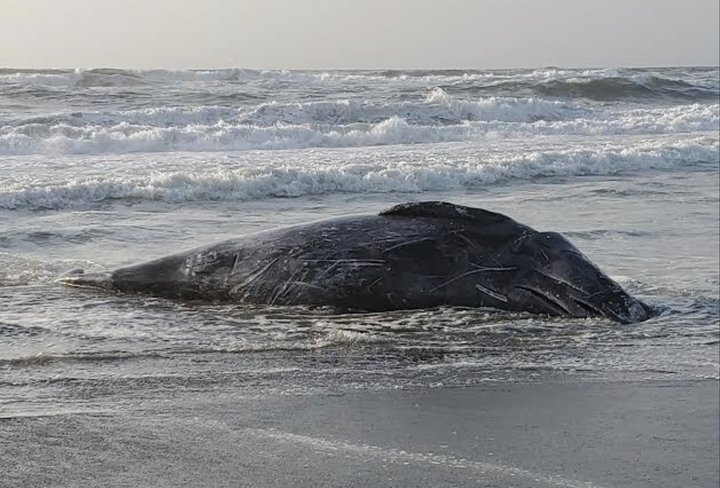 Photo of the whale provided by reader Sean Barron.

A 27-foot gray whale has washed ashore on Samoa Beach near the Samoa Drag Strip.

Stranding Coordinator for the Marine Mammal Stranding Program Allison Lui told the Outpost that the female, subadult whale was reported to be dead when it first washed up on the beach Tuesday evening.

“We were able to conduct an external exam and collect samples yesterday,” Lui said. “Sample analysis takes some time so the results are not available just yet, but we will be coordinating with our partners at the West Coast Marine Mammal Stranding network to confirm our findings in the near future.”

Lui said the whale’s death may be connected to an “unusual mortality event” noticed along the West Coast and Alaska since 2019.

“Gray whales are currently stranding at higher than normal rates along the West Coast and are experiencing what is considered an unusual mortality event,” she said.

Lui encourages anyone who spots dead or stranded marine mammals to report the information to the Humboldt State University Marine Mammal Stranding Program at (707) 826-3650 or marinemammals@humboldt.edu.

Live injured or sick stranded marine mammals can also be reported to the North Coast Marine Mammal Center at (707) 951-4722.