Click below to explore these possible ward maps in detail, or to clone one as a starting point for your own. See explanation here.

This is the map of Eureka’s wards as it has existed for some time. With the passage of 2016’s Measure P — the True Ward System initiative — the map wards must be redrawn so that they contain roughly equal populations. 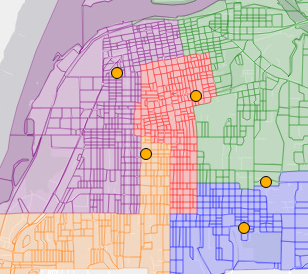 This is the official ward map of the city of Eureka now.

It was first drawn right here on the Outpost by LoCO user “Mad Balancing Act,” and — after renumbering the districts — the Eureka City Council adopted it soon after. 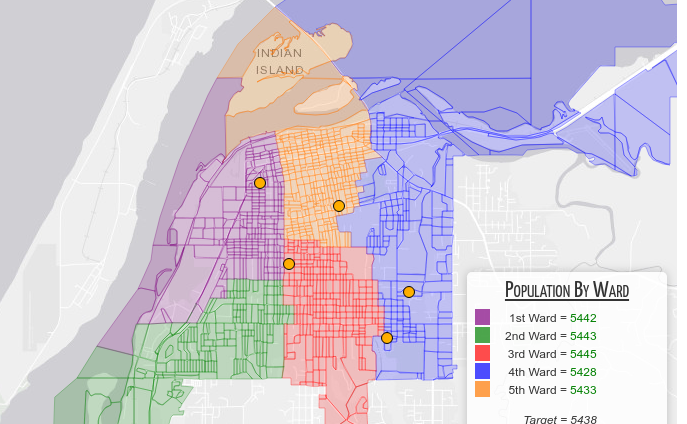 Major changes: It gives all of Henderson Center to the Third Ward, and half of the West Side to the Fifth.

It just makes sense. Political problems, though: It puts Natalie Arroyo and Kim Bergel both in the Third Ward, and Heidi Messner and Austin Allison both in the Fourth Ward. 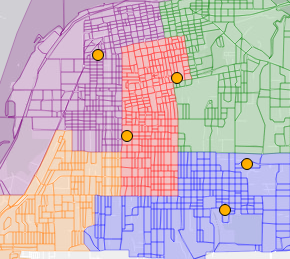 Kinda dumb. This was an effort to draw the entire West Side into one ward and the waterfront into another.

The entire commercial apparatus of the city ends up in the First Ward.

The only fun thing about this map is that it puts Highland Park and Lundbar Hills in the same ward. Makes for some wild crosstown door-to-door canvassing! 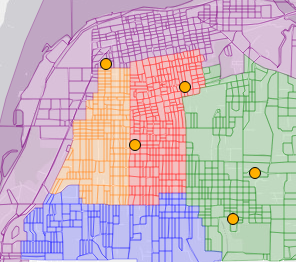 The main selling point to this one is that it allows the current council members to remain in their wards.

The Third Ward cedes its share of Henderson Center to the Fourth but moves north to grab some waterfront and commercial property from the First.

The Fifth, meanwhile, helps the Third eat up some of the bloated First, which would now encompass the beleaguered-yet-resilient West Side.

Every district winds up with a mix of commercial and residential. 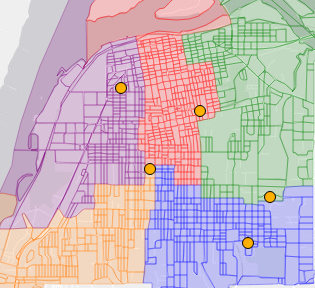 I’ll be honest. I don’t have a strong argument for why you should choose my map. I tried to use major thoroughfares as ward boundaries when possible. Wards 1-3 run west to east while Wards 4 and 5 run down Eureka’s two southern monster legs.

Why is this sound strategy? Who cares?
Let’s just get through this so we can devote time to getting food trucks in Old Town. 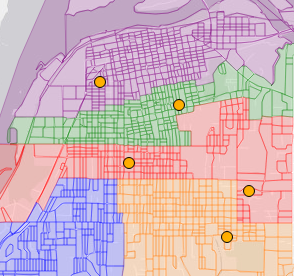 One Map to Rule Them All

I took a look at the other ward maps suggested by people (or computers, who can tell) and decided to make one that was better in every way. I think you’ll agree that I’ve done so. All the lines are where they should be, instead of being wrong in one way or another. 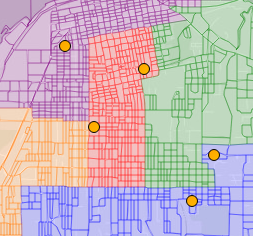 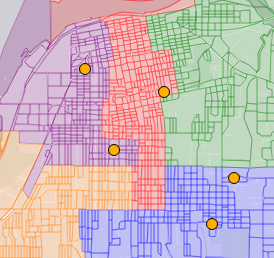 [A smart iteration on “Hank’s Straight Lines Map” that sacrifices a little geographic integrity for a lot of political expediency. Nice work! —Ed.] 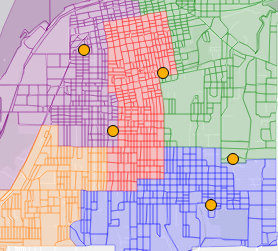 Ward 1: West of C to Buhne. Ward 2: Greenbelt from Bay to Zoo. Ward 3: Below Wabash to the Bay, gains Old town east of C. Ward 4: All of Henderson Center area from High School to Golf Course. Ward 5; Mall world and South Broadway. 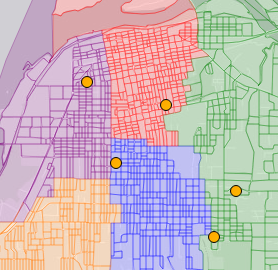 Old Town/Downtown is one district.

Midtown — 14th to Henderson — is one district.

Highland Park/Winco/Broadway area is kind of its own district.

This is a cool working premise not only because those places feel like places, but also for political expediency. The idea is: You can move another sitting councilmember into the First Ward without any hurt feelings, because Councilmember Brady is term-limited out next year anyway.

1. I feel like Wards 1, 3, 4, 5 are places that have their own sense of place and that are (usually) distinct from their neigbhors.

2. Not too geographically weird-looking. Pretty much passes the eye test.

3. Politically expedient. No councilmember up for reelection in the next four years will have to square off against one of her colleagues on the dais.

1. Ward 2 is a little bit of a hotchpotch of places. Ward 5 too, to a lesser extent.

The Fightin’ Fifth! Rolled an INSANE run of sixes and was able to secure most of the map. Only a few strongholds remain. LUNDBAR HILLS 4 LYFE! 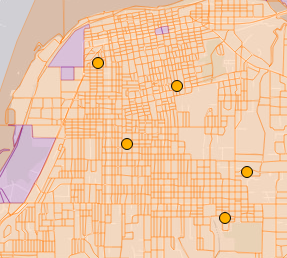 This arrangement allows deep penetration of the 5th ward into Old Town, surrounding the bulk of the hobos in the area (too much clicking required to capture the Patriot). 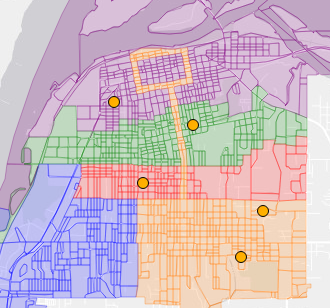 Drew it on the porch

Give them their own wards

outsiders guide to the galaxy

Born in Eureka, but not a resident

1 ward to rule them all.

All sitting council members in the ward, where my family lives.

Build a wall to keep the white walkers out (hobos). Use dragons and wildfire as needed.