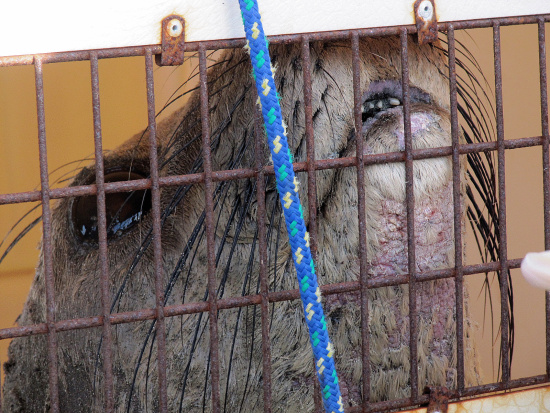 The elephant seal beached at the North Jetty took a turn for the worse over the past few days. A wound on the seal’s left flank – possibly a shark bite – was festering and apparently rotting, necessitating the need for the Northcoast Marine Mammal Center to step in.

Volunteers met in the parking lot this morning for a quick planning session, then trucked out to the seal. They gathered around, called, “Let’s go!” and quickly straddled the injured seal and within a few minutes had lifted her into a crate. Next stop for “Robbie” – now named after Jetty caretaker Rob Franks, who’s been instrumental in keeping a eye on the seal – the Crescent City center, where she’ll receive antibiotics and care. 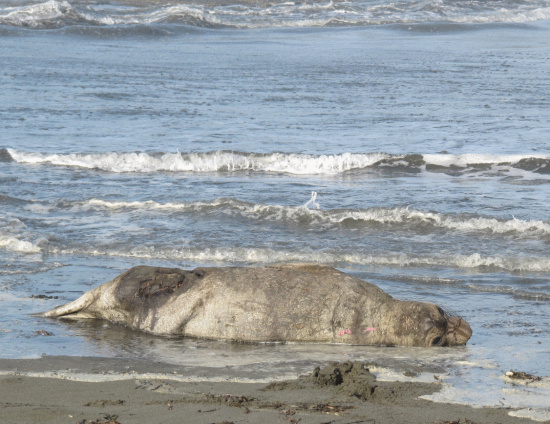 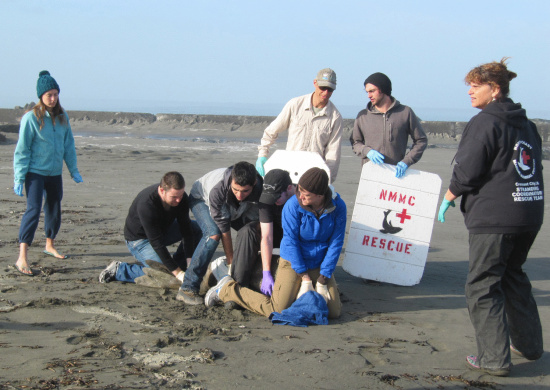 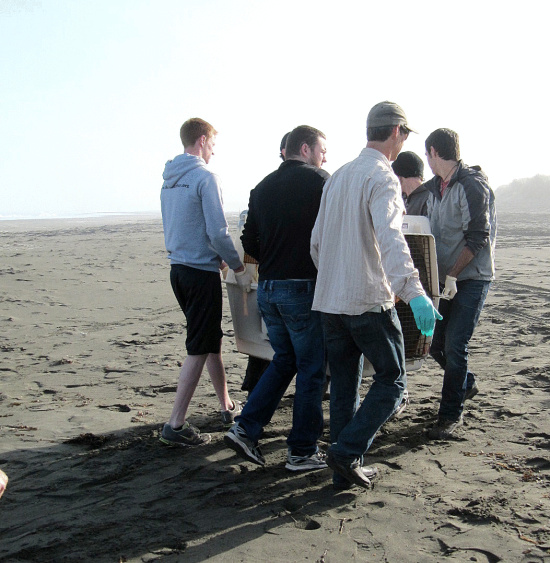 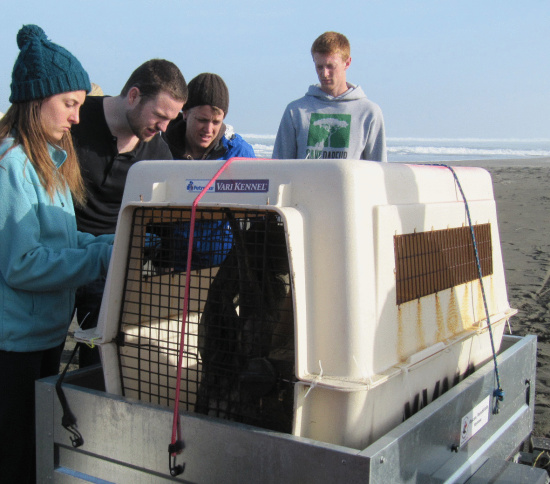 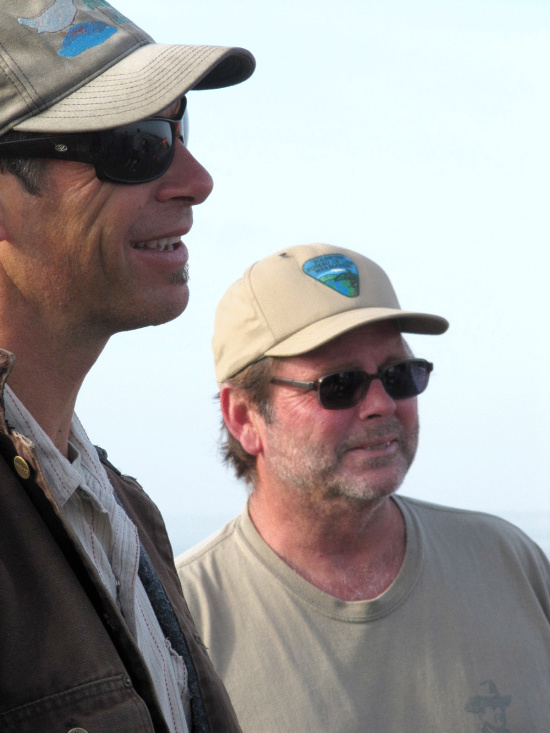 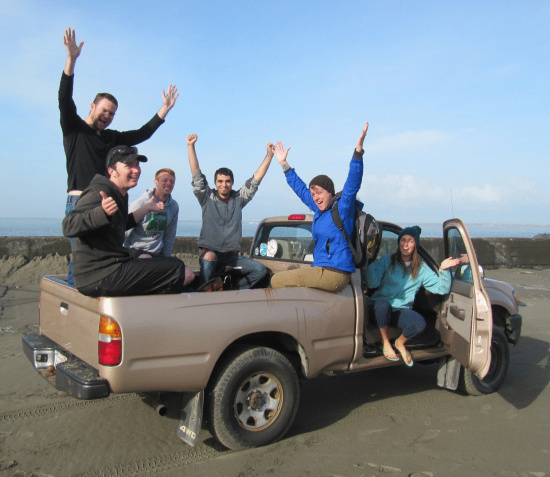