« No, Humboldt County Is Not Exploding: It’s the Great California Shakeout 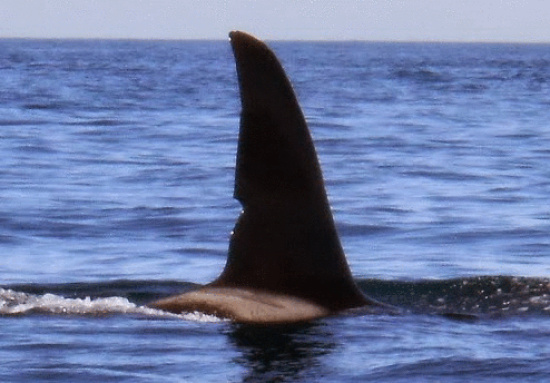 Oh, ocean creatures are just amazing! While you’ve likely heard about the oarfish carcass that washed up near Catalina Island, we’ve had some fantastic sightings closer to home, too. Orcas aren’t quite as exotic as oarfish, but they’ll impress you with their beauty, speed and mad predatory skills – who else (other than humans) goes after sharks?

Coastal sightings of these killer whales are rare. Out at sea, however, odds of seeing orcas increase and the folks at Naked Whale Research are hoping more people will share their stories and photos. Researcher Jeff Jacobsen recently relayed a couple:

On October 5, Robert Reed and Bob Stewart were fishing near the Eel River Buoy when a pair of killer whales happened by. Stewart took photos of the male, which Jacobsen sent to Alisa Schulman-Janiger who maintains the killer whale photo-ID catalog for California. She identified the male as CA60 aka “Canopener,” who was first identified off of Humboldt on Sept. 20 1980 – 1980!

Canopener’s been seen from Santa Rosa Island off of Santa Barbara to the Queen Charlotte Islands (Haida Gwaii), most frequently in Monterey Bay lately.  He is a mammal eater, a “transient” ecotype, maybe the biggest one in her catalog. And despite his fearsomeness, he always travels with his mom.

The next day, Jim Yarnall and wife were in the same general area and saw another transient pair, a male and a female. Schulman-Janiger identified the female as the rarely seen CA136 and is still trying to match the male. 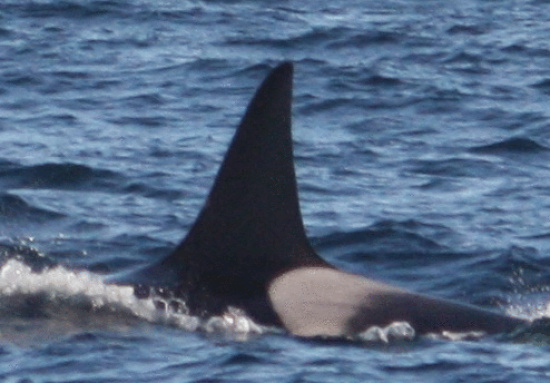 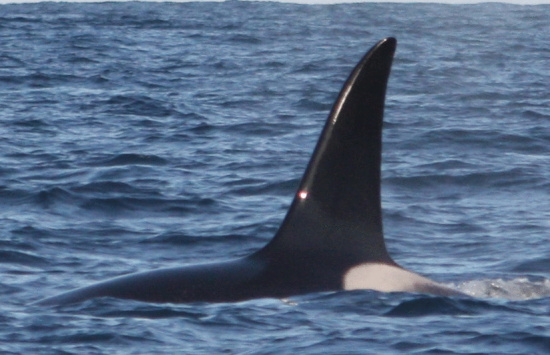 Jacobsen explained that a rich history exists on most of the killer whales traversing the coast and, importantly, that individual whale background can be accessed via a simple photograph – providing it shows enough detail of the side, trailing edge of the dorsal fin and overall shape, and the gray saddle patch behind it.

You can be part of things! Report sightings and upload photos at the Naked Whale Research website.

The mammal eaters – “transients” – seem to run a trap line along the coast, keeping that element of surprise on their side by not hanging out in one area for long.

The salmon-eating “residents” from the Salish Sea area (Puget Sound) also pass back and forth – the K pod made the news because researchers were able to track one of the whales from a satellite tag placed temporarily in his dorsal fin.

And, no doubt, Jacobsen says, the third and less-known type, the “offshores,” who tend to spend most their time west of the shelf break in deep water feeding on sharks, can be seen here too.

More at the Center for Whale Research and Wild Whales.