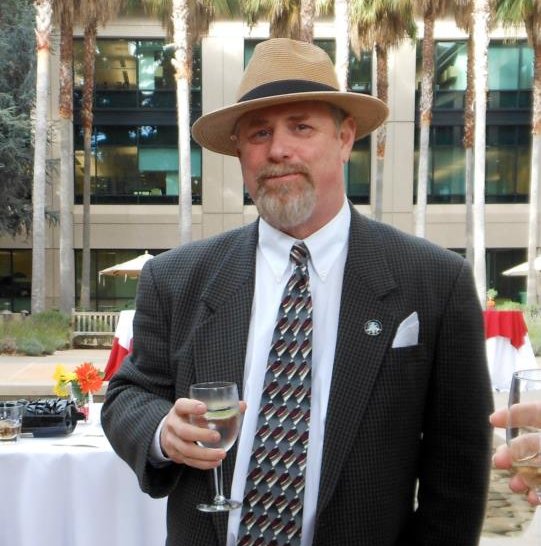 Self Interest.  It’s the engine that drives Capitalism .  It’s arguably human nature, and it is argued by some as the only rational action to take. Whatever the case I don’t fault Planning Commissioners Lee Ulansey or Robert Morris for acting on their own self interest.

These folks have the right to get rich by any legal means available to them.  But is it in our self interest for them to also be deciding what should be the orderly development of our County over the next 20 years?

I understand why Lee Ulansey and Robert Morris would fund the campaigns of Virginia Bass and the “Gang of Four”, since they’re confident that these Supervisors will cast votes in their favor.  That’s just self interest and there’s nothing wrong with supporting the candidate who’ll vote the way you like.  But to then get a Commissioner’s appointment from the very people whose campaigns’ you just funded, that’s beyond what should be acceptable.

What exactly do we know about these Commissioners?

Based on his real estate holdings alone I have no doubt that Lee Ulansey is worth well over a million dollars and we know from  Ryan Burns’ excellent reporting that he’s from Beverly Hills, so I refer to him as “that Millionaire from Beverly Hills”.  In addition to owning income property all over Humboldt County he lives on some 150+ acres in Kneeland that he bought from Green Diamond. This property has long been zoned TPZ (Timber Production Zoned, which means you only pay property tax on the footprint of your home for now and on the value of the timber when it’s harvested), and so Lee was able to purchase that property based on its value as timberland that had already been clear cut and was over 30 years away from again being harvestable.

Virginia Bass first nominated Lee Ulansey to the Eureka Planning Commission (he doesn’t live in Eureka but some of his investment property is inside city limits).   After getting Virginia elected to the Board of Supervisors, Ms. Bass was able to get Lee his majority vote when she nominated him for his current position on Humboldt County’s Planning Commission (Virginia followed that nomination by selecting Kevin McKenny, also of HumCPR and more famously, owner of the neighborhood blight known as the Downtowner Motel fame as her personal appointment to another seat on the same Planning Commission).

In 2007, Mr. Ulansey submitted a request to the county to re-zone his property so that it could be split into parcels as small as 2.5 acres  with a house on each one. That sure sounds profitable!  The board has yet to vote on that request and of course since then he’s been seated on the Planning Commission. (Conflict of interest anyone?).

Lee has consistently opposed focusing growth in areas that are urbanized and with water and sewer services.

But if self interest is ok then why not just be honest about it?

HumCPR says they want to “protect the rural lifestyle.”

Take a look at what Robert Morris, founding member and treasurer of HumCPR, believes a rural lifestyle means: subdividing and developing forestland in Cutten and clear cutting Old-Growth Redwood trees that were identified as home to endangered species.

When the county staff recommended the denial of his Cutten subdivision project they cited “inconsistency with the General Plan” as the primary reason.  So you can see why it’s in these guys’ self interest to change the GPU, …and what exactly they mean by a “rural lifestyle!”

BTW, to you “back to the landers” who joined HumCPR due to your opposition to what I agree was at one time out of control code enforcement, you may want to consider the suburban sensibilities that most of those who’ll be buying these McMansions built on these newly subdivided lots will bring with them to Humboldt County as I predict your new neighbors will be the first one to call the County and file a compliant about their neighbors un-permitted teepees or greenhouses!

Our new commissioners want to expand the scope of Housing Opportunity Zones (HOZs) –focused growth areas that offer relaxed permitting – from urban settings to rural areas.   That would make subdivisions like the one Morris wants to build in Cutten and Ulansey wants to build in Kneeland all the more “consistent” with the GPU, and less likely to be denied by a new board, and particularly this new board whose elections have been financed by HumCPR.  Ulansey says it’s because he’s concerned “that less fortunate folks don’t get to live rurally.”  I think I’d trust him more if he just said it’s because he stands to make a small fortune if he can take property that he bought at TPZ value (allowing for only one home but also only paying property tax on 3K of his 150K acres), and now sell it off in lots as small as 2.5 acres).

At what point will the voters of Humboldt County decide to vote in their own self interest, and against this “Gang of Four”?

Richard Salzman represents applied artists from around the world who work as illustrators in the communicating arts.  Clients his artists have recently completed projects for include, Columbia University, Milken Institute and Entrepreneur Magazine.  He may be contacted my email at:Richard@RichardSalzman.com