One On One With Ryan Sundberg » 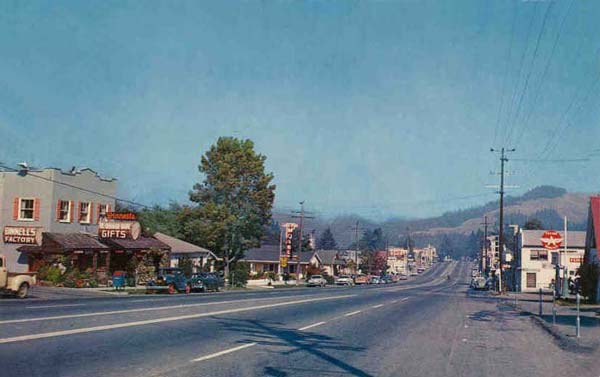 Humboldt County ain’t what it used to be. Things are darker, more violent. The profit motive of our mercenary marijuana economy has warped our bucolic county, attracting a group we might call “the New Lawless” — criminals who, “through terror, intimidation and force of arms” are “denying the public the right to use its own land.” Background pot gardens have been usurped in influence by large-scale grows where immigrant Mexican laborers are exploited and disposable. And with the boost in production we’ve seen a commensurate rise in violence. Everything from our politics to our economy are inextricably enmeshed with weed.

That’s the scene laid out in a news story written way back in 1982 by a reporter with the McClatchy News Service. The thing’s a bit overwrought and sensationalized, but it’s striking how many of its talking points haven’t aged a day.

Here’s a collection of quotes:

“[L]awmen realized … that hoodlums were replacing hippies as cultivators of the commercial product. The New Lawless. They were dirty, tattooed, bearded and often accompanied by vicious-looking pit bulls. … outlaw marijuana growers and hoodlums in the $1 billion industry are in control of vast rural areas in the North Coast counties of Sonoma, Mendocino and Humboldt.”

Regarding the local economy:

“[An unidentified grower] knows that he and his industry are an economic boon to the depressed North Coast. ‘Everybody owes their living to marijuana,’ he said. ‘Without pot, Garberville would be a ghost town.’”

Regarding the larger cultural effects:

“U.S. Attorney Joseph P. Russoniello of the Northern District said, ‘That’s one of the side effects of fairly widespread avoidance of the law. You develop an atmosphere of lawlessness.’”

[Former District Attorney Bernie] DePaoli estimates commercial cultivation of marijuana has increased the level of violence by 200 percent in the last two years. He said the problems of violence have not been faced by the Legislature and county board of supervisors. ‘I see Humboldt County becoming more of a battleground, more of a violent atmosphere,’ said the district attorney.”

Here’s an analogy you may have heard once or twice:

“‘The marijuana scene is like the wine scene in that the same standards apply. Not everybody can manufacture Dom Perignon just because they may be able to grow grapes. There are a lot of people growing cannabis indica in the state but only a very few are producing stuff like premium “Mad River Skunk,”’ one source explained.”

Our county sheriff has decried the lack of law enforcement resources — two years ago and 32 years ago:

“[Humboldt County Sheriff Gene] Cox said that areas like southwestern Humboldt have escaped raids because there is no money available to launch a respectable anti marijuana effort.”

Regarding growers gaming the system:

“One narcotics agent told McClatchy News Service that in three years of marijuana eradication work in Mendocino County, he had arrested only one grower who was not either on welfare, drawing food stamps or in the Medi-Cal program.”

Here’s the 1982 version of Google Earth:

“The officer pointed to an aerial surveillance flight last fall in which 80 marijuana gardens were spotted on a four-mile-long stretch of hillside.”

Not everything’s the same, though. You’d never hear any self-respecting cultivator say this kind of shit nowadays:

You can read the whole story, as published in the San Bernadino County Sun (and later computer-funneled to this archive site), here.