[FOUND] Be On the Lookout: Kid’s Moped Snatched from Backyard »

(UPDATES) Your Week in Ocean: More Dead Things, Live Things, Things to Do 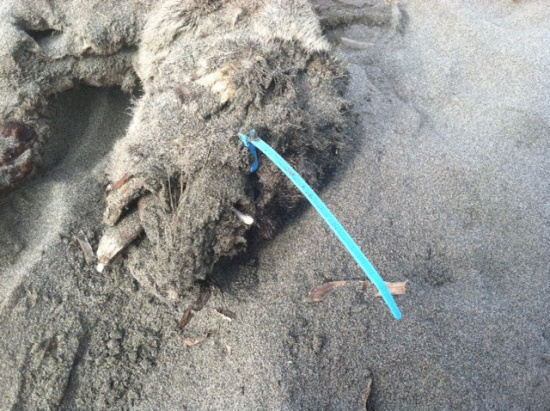 Friend of LoCO Stacey emailed the photo above, particularly intrigued by the blue tag attached to the carcass. Jeff Jacobsen, our go-to guy for this sort of thing, ID’d the remains as belonging to “…some young pinniped, most likely a California sea lion. The blue plastic tie wrap on it likely is to tag it as already counted, like they do with birds for the COASST surveys.”

UPDATE: HSU prof Dawn Goley confirmed, “Yep – they are part of the protocol for the HSU Marine Mammal Stranding Program. We mark the carcasses so we don’t recount during subsequent surveys.”

Botanist extraordinaire Jen Kalt emailed, “Look what I found in Hollow Tree Creek, behind timber company gates at least five miles from the windy part of Highway 1, laying on the mossy streambank next to the rare plants we were mapping. My field partner informed me that this is Princess Sophie Belle, from Beauty and the Beast, a Disney character she is hoping her three-year-old isn’t going to identify with.”

(Do we need to point out the senseless environmental harm caused by releasing balloons into the wild blue yonder?) 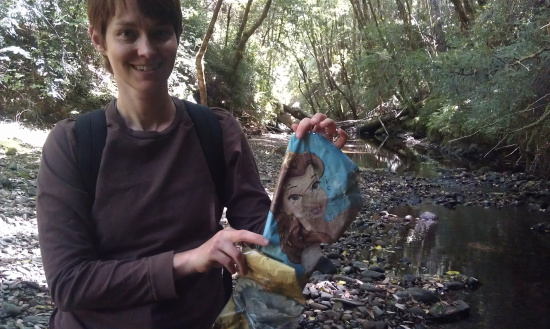 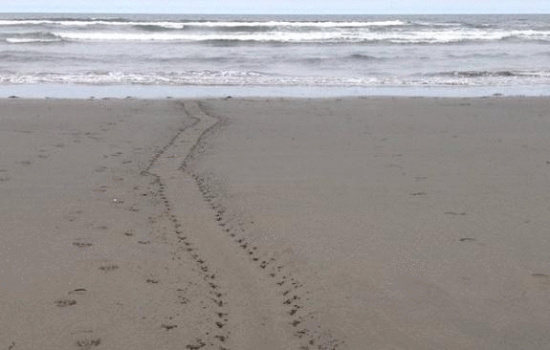 … but they’re just your average ol’harbor seal tracks according to marine mammal experts. But, wait! Just after he wrote the update, Gary said, he heard about a injured green sea turtle was found in Trinidad! Sadly, attempts to save the turtle failed as it died en route to the Sausalito Marine Life Care facility. 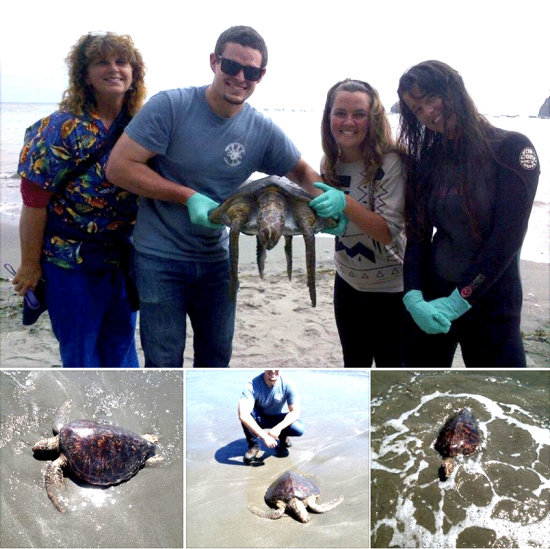 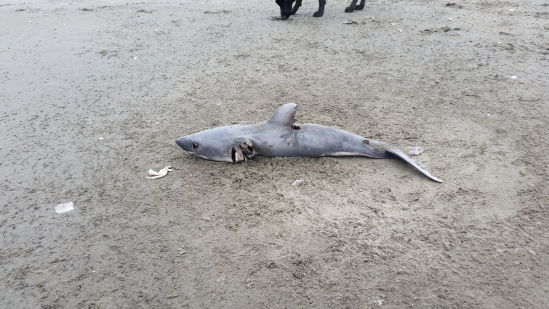 People often think they’ve stumbled upon “a baby great white” when finding a dead guy like the one above. White sharks are typically at least five feet long at birth, however, and that guy is most likely a mako pup, not typically seen so close to shore here, due to the cold water, but with ocean temps bumping up to 60 degrees, that’s our guess. In less-dead shark news, check out the photo, below, Jenna Kilby snapped while kayaking out off Trinidad. 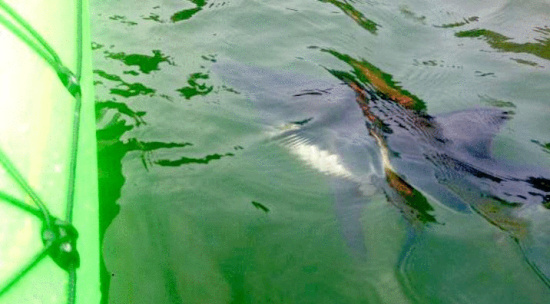 “Hey, there!” Salmon? Mako? Porbeagle? What do you think, readers?

Thursday, Aug. 7: Ocean Night! At Arcata Theatre Lounge, 6:30 p.m., showing Angel Azul and What the Sea Gives Me, featuring local artist Matt Beard. Get a sneak preview via KHUM’s Coastal Currents. (Bonus question: Can you guess which one is Matt Beard?)

Jennifer Savage is the Northcoast Environmental Center’s Coastal Programs Director and chairs the Humboldt chapter of the Surfrider Foundation.