« The Death of Tommy McClain: What Happened in Wednesday’s Officer-Involved Shooting

[ONE FOUND] Be On the Lookout: Two Vehicles Stolen » 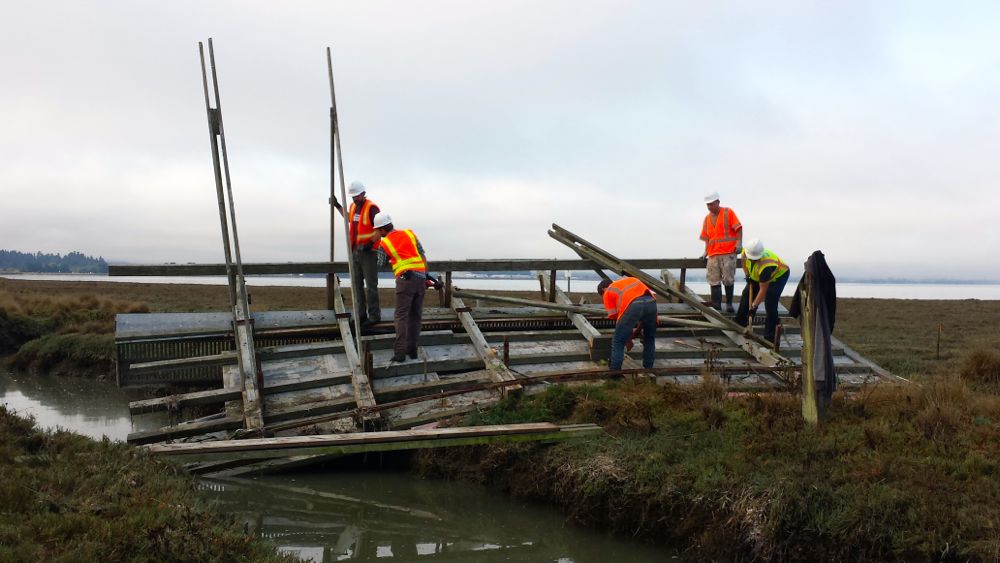 Today, as you may have heard, is Coastal Cleanup Day, and a group of volunteers organized by the Northcoast Environmental Center (NEC) arranged to remove those two billboards that have been lying face-down along Hwy. 101 between Arcata and Eureka ever since an unknown (and some would say righteous) vandal cut them down early this year.

Around 9 o’clock this morning, NEC Executive Director Dan Ehresman was standing atop the ribs of a warped, wooden plank drooping into the slough. Ehresman said both felled billboards, which stood for years without permission from the public landowners, had been deteriorating. A plank from the northern billboard had been picked up by the tide and carried dozens of yards south, and pickleweed was growing on both planks.

Among the volunteers on hand was Humboldt Bay Harbor, Recreation and Conservation District Commissioner Mike Wilson.

The NEC is coordinating this cleanup in conjunction with Coastal Cleanup Day and joining hundreds of volunteers throughout Humboldt County and thousands around the world in this global day of action for our oceans and beaches. We have an encroachment permit from Caltrans for work in the Hwy 101 right-of-way and permission from the sign owner, CBS Outdoor, for the removal of the downed billboard debris that is located on public land. Coastal Cleanup Day is a volunteer based effort that would not be possible without the support of businesses and individuals throughout the region. 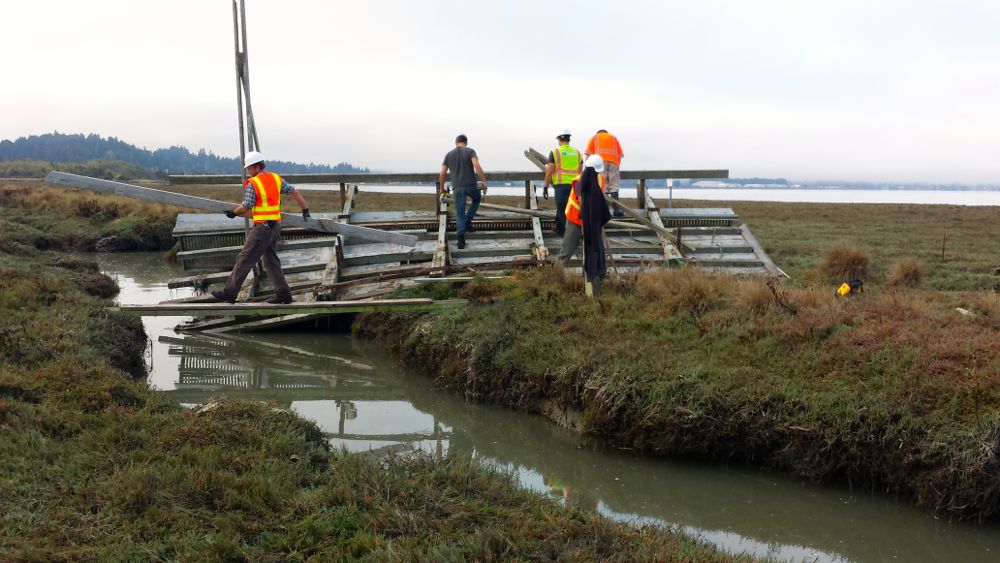