« Oh! Half of the Carson Block Building Looks Much Better (PHOTOS)

Hey, Eureka! There’s a Carnival in the Parking Lot of the Closed Down Ray’s Food Place (PHOTOS) »

Luke Bruner, the enthusiastic young co-founder and public figurehead of the political action group California Cannabis Voice Humboldt (CCVH), spent nearly two hours this afternoon outlining the major provisions in his group’s ambitious Land Use Ordinance to the Humboldt County Board of Supervisors. The document, more than a year in the making and now in its seventh draft, aims not only to bring Humboldt County’s rampaging marijuana industry into some semblance of order through a series of governmental regulations but also to serve as a template for regulation throughout rural California. 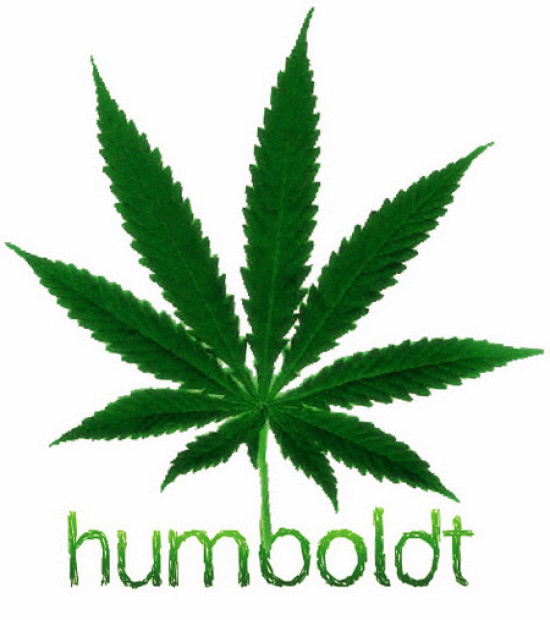 It’s the product of considerable effort and organization from a group few had heard of a year ago, and the task they undertook — trying to entice a profitable black market into the bonds of regulation and taxation on the one hand while, on the other, trying to convince the government to let an industry draft its own regulatory laws — could aptly be described as Herculean.

The daunting nature of that challenge was underlined this afternoon when Bruner’s presentation, and the document underpinning it, were met with contemptuous critiques from local environmental leaders and, at best, a wary appreciation from the Board of Supervisors.

At the outset of his address, Bruner had staff pull up a copy of the ordinance from his group’s website and project it onto the screen in supervisors’ chambers. Echoing his words at last week’s public rally (albeit in a more composed tone), Bruner called the ordinance “a triumph” and proceeded to outline its 12 sections.

As the Outpost noted in a previous post, the proposed ordinance hinges on the addition of “cannabis” to the county’s definition of general agriculture. Once that change was in the books, Bruner explained, cannabis could be grown on any parcel in the county where general ag is currently allowed — including land zoned for timber production (TPZ). The exception would be within the Coastal Zone since the California Coastal Commission won’t allow it.

The ordinance would divide grows into three tiers:

1) Those with a maximum canopy size of 600 square feet or less (on parcels of at least five acres) would be principally permitted, meaning no permits required.

2) Those with canopies of 601 to 6,000 square feet would require a seller’s permit, which would be granted as a matter of course, Bruner said, so long as the parcel owners have obtained the appropriate permits from the California State Board of Equalization, California Departments of Fish & Wildlife and Forestry and Fire Protection, and the State Water Control Board.

3) Those with canopies of 6,001-10,000 square feet would have the same requirements as the above tier plus drying, processing and washing facilities would be required either on-site or through a written contract with a permitted facility.

And it’s worth noting that grows larger than 10,000 square feet would not be prohibited under the ordinance; instead they would be allowed under the discretion of the Board of Supervisors.

“We don’t believe, however, that 10,000 square feet represents a mega-grow,” Bruner said. “Look on Google Earth. … We think that’s a micro-farm.” He argued that no one objects to 10,000 square feet of wine grapes or an apple orchard. “The objections appear to be to cannabis itself.”

The ordinance would give significant deference to growers with preexisting operations, allowing them two years or more to come into compliance with local regulations. New farms, meanwhile, would require conditional use permits and full environmental review.

Bruner defended his group’s inclusiveness in drafting the ordinance. “Our public process has been robust,” he said, explaining that there have been 30 public meetings over the past year and more than 100 small group meetings where people often consumed cannabis — “because there’s nothing morally wrong with that,” he said — and discussed the future. He also reminded the board of his group’s meetings with various state officials, including Lt. Governor Gavin Newsom. And Bruner unveiled the group’s latest document — an excise tax initiative [Word document here] that proposes taxes at the following rates:

When Bruner had more or less wrapped up his presentation, Second District Supervisor Estelle Fennell asked what his group has planned next. Bruner said that CCVH will take public comments on the draft for the next 45 days. And while he didn’t say specifically what would follow, he suggested some possible courses of action for the Board of Supervisors: It could send the draft ordinance to the Planning Commission, for example, or perhaps treat the issue as a matter of legal urgency to speed up the process of adoption.

Fennell seemed concerned that CCVH might do what it has previously proposed — bring forth the ordinance as a ballot initiative with enough signatures to force the board to either adopt it as written or put it before the voters. This was the method used last year to pass a countywide GMO cultivation ban.

But the real blowback to Bruner’s proposals came during the public comment period.

Bayside resident Peter Pennekamp, who led the nonprofit Humboldt Area Foundation for many years, was the first to speak, and he didn’t hold back. “That is maybe the worst presentation I have ever heard,” he said angrily. Pennekamp described CCVH’s proposal as an offer from the industry to sell out, and he compared that offer to tactics from the tobacco industry in its heyday. The Land Use Ordinance proposes profiting from an industry complicit with murder and environmental destruction, he said, calling that proposal “immoral,” “fraudulent” and “the essence of corruption.”

Pennekamp’s comments were the most vitriolic of the day, though environmental leaders didn’t go much easier on the organization.

Dan Ehresman, the executive director of the Northcoast Environmental Center, said CCVH has disregarded community input, and he added, “To have the industry trying to legitimize large-scale operations, it’s entirely irresponsible.”

Natalynne DeLapp, executive director of the Environmental Protection Information Center, thanked CCVH for bringing more people into the conversation on this topic, but she agreed with Ehresman that the group’s process hasn’t been genuinely inclusive or public. And she objected specifically to the proposal to allow marijuana cultivation on TPZ land.

And Scott Greacen, executive director of Friends of the Eel River, said the presentation reminded him of the saying, “Though madness can put on the mask of sanity, madness it remains.” Pointing to the environmental devastation in local watersheds such as Salmon Creek (“there are no salmon”), China Creek and Sproul Creek, Greacen said that while the drought has certainly contributed, “as we all know, the combination of water diversions and sediment inputs has accelerating these harms, pushing these fish over edge.” Of the proposed ordinance Greacen said, “This is deeply irresponsible.”

Several members of the public also spoke on the issue, and all expressed skepticism of CCVH’s proposal and intentions.

When the matter was brought back to the board, Fennell encouraged any member of the public who might make comments on CCVH’s ordinance to also send those comments to the board, since the county is proceeding on a separate track.

First District Supervisor Rex Bohn told Bruner, “I think you guys got a long way to go.” Still, he thanked the group for opening the conversation.

And Fifth District Supervisor Ryan Sundberg sought to soften some of the impact of the public critiques. “I found you to be very genuine and open,” he said of Bruner and CCVH more generally.

None of the supervisors, however, suggested that they’re willing to adopt the proposed ordinance.

“I think you’ve made an excellent stab at it,” Sundberg said.