Caltrans on New Willits Bypass Lawsuit: ‘All Historical Preservation Laws are Being Followed’

UPDATE, 4:27 p.m.: While Caltrans chose to release the somewhat milquetoast statement below to the media, it published a more thorough, point-by-point refutation of today’s lawsuit on its own Bypass blog. Click over there, if you like.

From the California Department of Transportation: 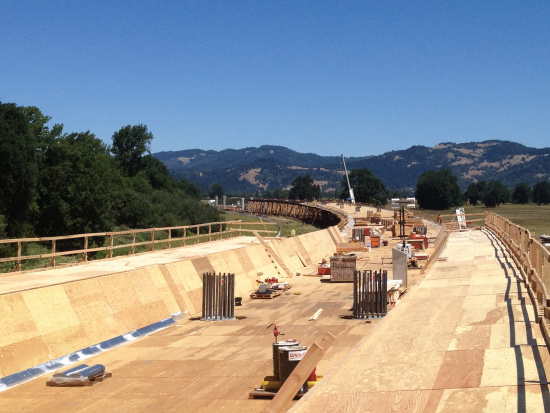 Caltrans would like to take the opportunity to clarify some misconceptions and misinformation being circulated about the handling of cultural resources at the Willits Bypass project.  This $300 million dollar highway improvement project will relieve congestion, reduce delays, and improve safety for traffic currently passing through Willits.

All State and Federal historical preservation laws are being followed.

Caltrans has worked closely with State and Federal historical preservation agencies, and will continue to do so.

All cultural resources identified during project development were avoided.

Caltrans worked with the Sherwood Valley Band of Pomo as well as State and local historical societies to identify all known cultural resources within the bypass project area.  The bypass project was designed to avoid impacting all these known resources.

Potential cultural areas, discovered after construction began, are being handled following all laws.  These resources are being avoided if possible, or further investigations are being performed to clear the areas for construction.

Government-to-government meetings are being held every time a tribe asks.

District 1 has the highest concentration of federally recognized Native American tribes in California, and we always arrange government-to-government meetings with tribes and Federal Highway Administration whenever asked.