A couple weeks ago I went on Twitter to tell Lost Coast Outpost, Humboldt County’s very popular online news site, why I think they should post fewer mugshots. They did not agree. Now a Humboldt State University journalism professor has chimed in. She does not agree either.

Her column in this week’s North Coast Journal provides ample room for LoCO’s editor to explain his justifications. (I wasn’t contacted by the author.) She also writes about websites that charge money to remove mugshots, a police agency in Utah that tried to copyright them, a legal battle in Michigan, and search engine results in Europe, but she never clearly articulates my argument for why LoCO, in this community, in 2016, should exercise a little restraint. Here’s my attempt to do that:

LoCO has a relatively large audience among a small population, and that audience was built on Facebook. Facebook’s sorting algorithms favor links with images and the layout of the site makes them very prominent. When a LoCO post with a mugshot hits Facebook, the mugshot gets blown up, the face is cropped in on, and it is broadcast to a substantial percentage of Humboldt’s eyes. Normally, someone put in jail has to worry about what they’re going to say when they make their phone call and when a potential employer or date Googles their name someday. With LoCO and Facebook’s help, they now have to worry about the added humiliation of being recognized on the street. Without them ever being convicted of a crime, a picture that makes them look as guilty as possible pops up on 53,000 Facebook feeds simultaneously. They now have to worry about just going outside. The Journal’s columnist casually dismisses this fear by explaining that in her experience “people are terrible with faces.” Regardless of the actual risk, the psychological difference between having your name posted on the web somewhere and having your face (in addition to your name) blasted out to tens of thousands of people on social media is enormous. In short, LoCO has a lot of power. I think they should try to use that power responsibly. 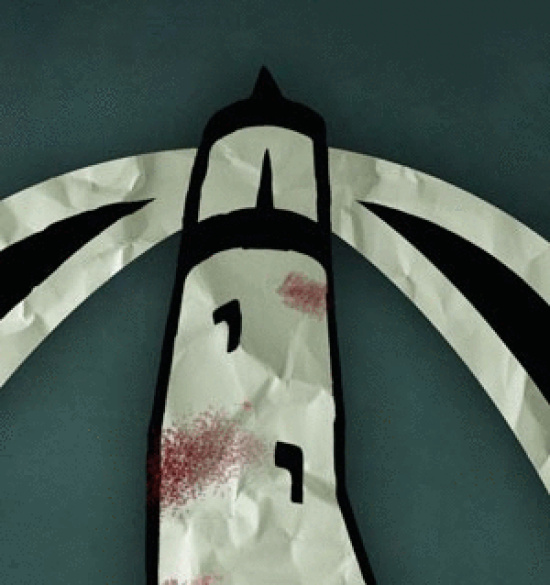 Lost Coast Outpost would like to abdicate that responsibility by becoming an information resource system that would contain “total coverage of the criminal justice system” and allow users to “track every crime and arrest through its resolution.” Unfortunately for LoCO, the police in Humboldt County do not cooperate with this idea. They selectively decide which crimes are worthy of press releases and which ones to give the media mugshots for, and that leaves LoCO in the awkward position of possibly having to do journalism. In the absence of a system that allows the media to become a window through which we can directly observe every detail of police activity, LoCO has a choice: they can either unquestioningly post every mugshot that the police have deemed suitable for our viewing (their current, admitted practice), or they can filter that information the same way they filter every other source of information they use.

Every time the media chooses to report on a story and not another one, they are acting as a gatekeeper of information. It is inherent to the job. To pretend that news organizations are suddenly not supposed to be gatekeepers where arrests are concerned is absurd. LoCO’s editor insists,“instead of complaining about selective reporting on the part of the media…people should push for complete and consistent release of information.” First of all, that is a false choice. Second, I am advocating for more selective reporting, not less. Third, if you admit that you don’t have access to complete and consistent release of information, why would you try to operate a news site as if you do?

Even in parts of the country that do allow the media unfettered access to any mugshot they want to publish, many sites that consider it a public service to post all of them still have policies in place to reduce the chances of an innocent person being permanently tarnished. The Journal Star in Lincoln, NE, keeps the daily batch of photos it gets from the sheriff’s office online for only one day and does not store the images (unless one runs with a story.) The columnist in Humboldt’s Journal relates that LoCO’s policy is to never take down any of their mugshots except in extremely rare circumstances, even if the subject has been exonerated. She suggests that LoCO does this to avoid being confused with sites that extort people by posting their mugshots and charging a fee to have them removed. It is unclear why LoCO is required to adopt such an extreme position when they can simply state they don’t remove mugshots for money. (Perhaps it’s because they fear admitting that it’s possible to profit off of mugshots would draw attention to the fact that they’re essentially doing that too, only in a different form.) A publisher who runs several sites across the country that do remove mugshots after posting them is quoted providing exactly that disclaimer in a piece for Columbia Journalism Review: “Rickabaugh said his company does not charge to remove mugshots.” It’s that easy.

The Tampa Bay Times also has no fear of this confusion, choosing to remove all mugshots after 60 days, “about the time it takes for a case to be adjudicated…especially when criminal charges could change, a person is found innocent, or a case is dismissed.” Matt Waite, a professor of journalism at University of Nebraska-Lincoln who helped build the Tampa Bay Times’s mugshot website, believes removing photos of people who are never convicted of a crime is essential to ensuring those sites are providing a positive public service: “If your Web application does not reflect the current reality, then you are wrong. You are publishing knowably false things, and by doing so you are harming people.”

Of course, a lot of debate about when to take mugshots down is rendered unnecessary if mugshots of people who could easily be innocent are not published in the first place. But in the minds of LoCO’s editor and the Journal’s columnist, the media choosing to not post every mugshot they have the opportunity to post is tantamount to the government eliminating transparency altogether. The columnist writes:

I feel uncomfortable about the posting of mugshots. But the first stage in the creation of a police state involves secret arrests, detentions and disappearances. What’s worse? That you get arrested for something you didn’t do and the whole world sees it and you have to explain it later to a potential employer? Or you get arrested and detained for something you didn’t do and nobody ever knows?

Ignore the glaring false dilemma (her piece is full of them), and focus on the conceit behind it, that mugshots are a feature of government accountability. She appears to believe that photos taken by the police against people’s will, used by the police to identify and track them, and only selectively distributed to the press, are our first line of defense in fighting a hypothetical modern gestapo. The police, who control every stage of mugshots’ production and dissemination to the media, are somehow kept in check by those mugshots. This argument makes absolutely no sense. If the police wanted to arrest someone in secret, they just wouldn’t take the photo.

Mugshots are a tool created by and for the police, not citizens. They exist not only to help identify people and catch criminals, but as PR tools, making arrestees look as much like criminals as possible and inspiring confidence that cops are doing their job well. When the media submits to being a mouthpiece for that PR, they are doing the police’s job for them, and neglecting their own. The first stage in the creation of a police state is not “secret arrests, detentions and disappearances.” There are certainly earlier stages, and it isn’t hard to imagine one of them involving the media refusing to question if broadcasting every single word and image the police want broadcast to the public is actually a good idea. Our media is supposed to be an ally in resisting a police state, not a collaborator with it.

The assumed equivalency of mugshots and government accountability comes up again later in the column when she writes, “Some people argue that sites like LoCO publish mugshots for entertainment value. I’m not sure that I would devalue transparency just because some people find certain types of info entertaining.” Again, mugshots have nothing to do with transparency, but the more important issue she brings up here, one that gets right to the heart of LoCO’s carelessness and cruelty, is how they function as advertisements for recreational ridicule.

There is no doubt that mugshots are good for generating internet traffic and stimulating rowdy comments sections. Megan Abbot writes in the New York Times, “the news media have realized the power of the mug shot to draw interest, to attract clicks.” The Journal’s columnist admits this power exists but puts the blame for it squarely on readers. In her eyes, it’s not LoCO’s fault that lots of people love to gossip about and make fun of human beings at extremely low points in their lives, it’s ours.

But LoCO has shown over and over that they are perfectly willing to encourage this activity. Take for example a post from March 1st that popped up in my Facebook feed. At the top is a brief quote from a press release. In the middle is the obligatory huge and unflattering mugshot, serving as billboard advertisement for the post. Below that is a headline that jokingly refers to the subject’s “wardrobe malfunction”. Below that is a caption for the mugshot, reading “First, pull up your pants…”. This is not a case of shameless hooligans mocking someone because that’s the nature of the internet and there will always be those kinds of people, this is a case of LoCO actively inviting people to join in on the mockery they’ve already started. There is no mention of any alleged crime unless you click the link.

It is the responsibility of every media organization to not add further misery to the lives of people put behind bars, many of whom are already battling poverty and addiction, if the best reason for doing so is attracting pageviews. If running a mugshot will help catch a criminal or prevent a crime, run it. If the subject is a well-known public figure or the alleged crime is egregious, by all means, run it. If the subject has been convicted of a crime that you believe is newsworthy, run it. If the subject has not been convicted of a crime, has not been accused of anything violent, and running it will negatively affect their lives and possibly even hinder recovery, consider allowing a tiny sliver of human compassion into your editorial process and maybe don’t run the mugshot with the story. Run some other kind of image. That’s all I’m asking. There is no good journalistic argument to not practice that restraint. Many publications already avoid mugshots. Even ones in Humboldt. This is not a crazy concept I just made up. Basic decency is expected of all local news outlets in certain parts of the country. Humboldt should expect it of Lost Coast Outpost.

Jonathan Webster is a graphic designer for the North Coast Journal. He originally published this piece here.