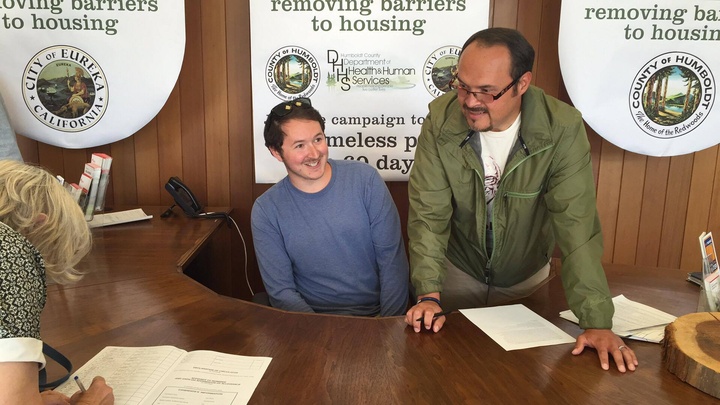 Eureka City Clerk Pam Powell confirmed this morning that Austin Allison received enough valid signatures to qualify as a candidate for the Fourth Ward seat on the Eureka City Council.

Once again, there has been a flurry of last-minute dropouts and drop-ins and switches right up against the deadline to register to run for Eureka City Council.

Earlier today, we told you that St. Joe lab technician Allen McCloskey had to drop out of the race for the city’s Fourth Ward City Council seat due to a health issue. But now, right before the 5 p.m. deadline to register, another candidate has emerged to take McCloskey’s place on the left side of the race, against accountant John Fullerton.

He is Austin Allison, a fellow health care professional employed by St. Joe’s.

There was a bit of a party underway in City Hall this afternoon, as the clocked ticked down. Councilmembers Linda Atkins, Natalie Arroyo and Kim Bergel showed up to sign Allison’s nomination papers, as did Democratic Party stalwarts Bob and Pam Service and numerous others. After he filled up his petition, Allison took it upstairs to the city clerk’s office. City Clerk Pam Powell drove it over to the county elections office, where people will verify the signatures. Powell said she anticipated that a press release would be issued later this evening.

Not much word on how or why Allison got into the race, as the newly minted candidate declined to be interviewed. More later, one assumes. 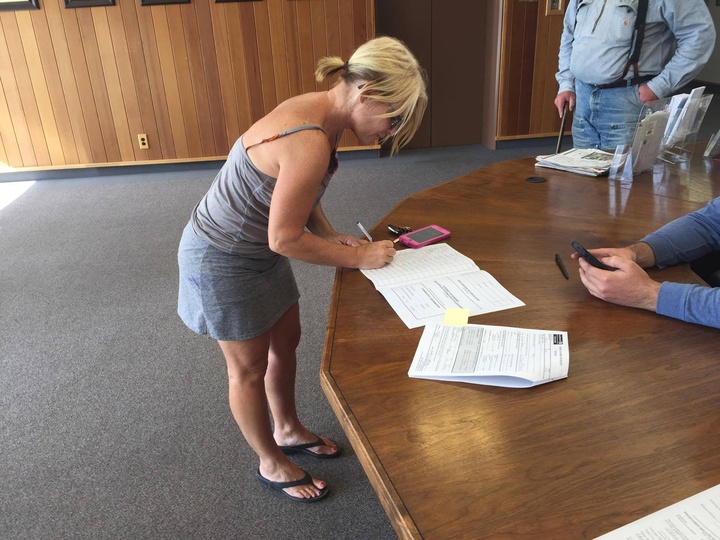 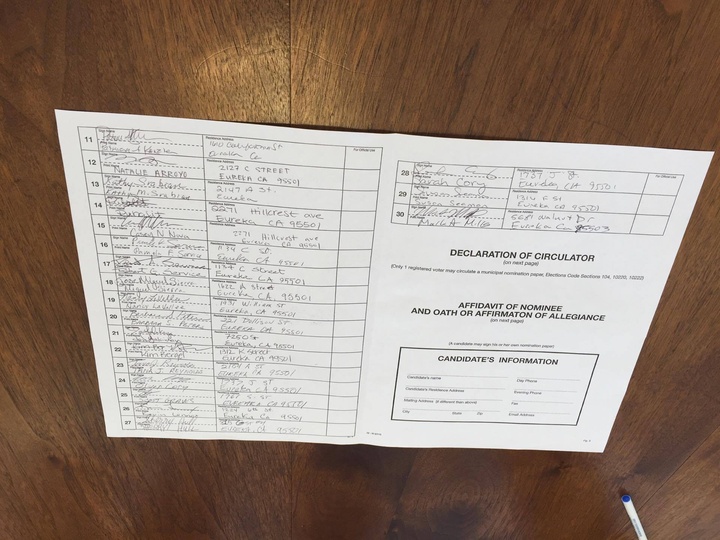 Allison collected 30 signatures this afternoon. Twenty of them need to be valid signatures from voters registered in the city of Eureka.