Respect for the Game: A Coach’s Journey From the Arena Football Hall of Fame to Redwood Bowl »

MATTHEW IN THE MIDDLE: Country Before Party, City Before Wards!

Okay, I’ll confess. If you watch the Zapruder film very closely. See the man behind the grassy knoll with his hat tilted low, covering his eyes. Yeah…

I’d tell you where we buried Jimmy Hoffa, but I’d have to kill ya.

And Bigfoot is real. No, he’s not a dope douchebag that hasn’t cut his hair or shaved since a Clinton was last in the White House. He’s real. He’s real! I saw him in the back hills off 299 one day. He appears to be living in some kind of long, white, cylindrical, hoop-type plastic thingie. 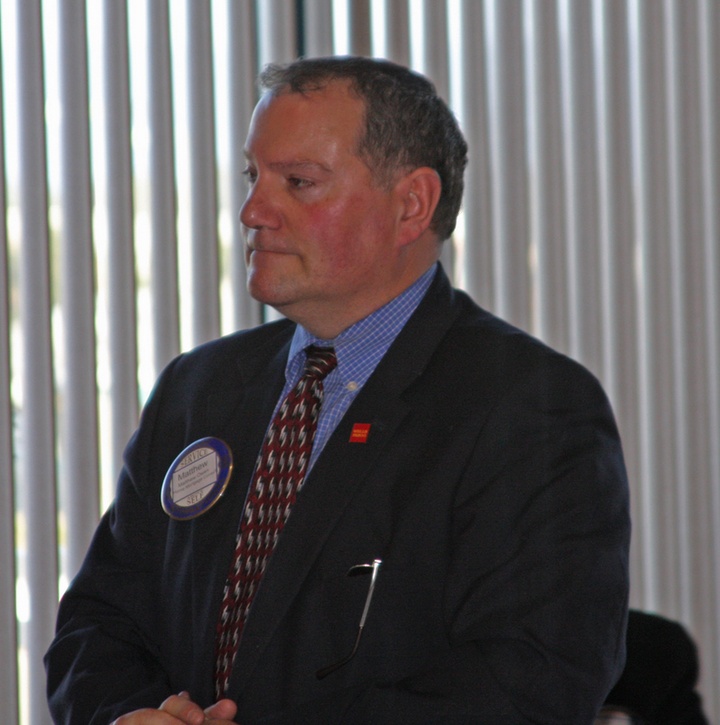 So let’s end all those rumors right now. It wasn’t because of Rob Arkley, HumCPR, the HCDCC, Heraldo or the regressive couple that moved to Sacramento who promised to write numerous nasty Letters To the Editor against me. You know — first the husband, then a week later the wife, then three weeks later another letter from the husband and the next week another from the wife. Yeah, even the Times-Standard figured out the “avalanche of letters” was from a handful of people writing letter bombs from the same template over and over again.

You wanna know the reason why I dropped out of the Eureka City Council race? I could. I’ve been out talking to a lot of people in the Second Ward for the past six months encouraging them to get involved, preferably someone I respected to step up and commit to run for Eureka City Council. I heard all the typical excuses: my career, my family, my kids, my church, caring for an elderly relative, on the board of a local charity, and my personal favorite, “Nah, you don’t wanna see my Facebook page cuz sometimes late at night when I may have had one too many, I post my real thoughts on politics.” Oy vey!

Heidi Messner was one of those folks who I encouraged to run for City Council. I kept telling her, if you’re serious, ya gotta take out papers, get your 25+ signatures of registered Eureka voters (and yes, you can sign your own nomination papers) and then turn it into the City Clerk’s Office. On the very last day to file nomination papers, Ms. Messner got her signatures verified with the County. That same day Chet Albin turned in his papers and now we had two candidates to run for City Council Ward 2. Due to my busy job and being President of my Rotary Club, my schedule is very full. I was able to drop out of the race knowing that two candidates had filed papers for the 2nd Ward seat.

The real conspiracy theory you need to ask is why Councilmember Linda Atkins didn’t bring forth a regressive candidate to run for her termed out position as a succession plan? Why did (Liberal) Jon Yalcinkaya drop out of the race? Why didn’t the anonymous trolls who constantly complain run for office? That’s the real conspiracy here.

That’s a whole different story with Donald Trump. Someone told me that Donald Trump’s rise can be directly attributed to Jersey Shores, the Kardashians and Honey Boo-Boo, the lowest common denominator of American entertainment. The more vulgar, crude and crass, the higher the ratings. I’d like to think better of the American electorate.

You may not like Hillary Clinton. I respect that. Can you really look your children and grandchildren in the eyes and state proudly that you voted for Donald Trump? I keep thinking of Martin Sheen’s character in The Dead Zone. So vote with your conscience. And if you can’t vote for Hillary Clinton, vote for a third-party candidate instead or don’t vote for President at all and move on to the next ballot item. Country before party. Ain’t like we don’t got enough ballot items this November between United States President, U.S. Senate, U.S. Congress, State Assembly, City Councils, school districts, special districts and I haven’t even gotten to the 17 California Propositions or the county and city measures.

Above you can read 224 pages of political noise just for the California Propositions 51-67, including Proposition 64 – AUMA, or the “Adult Use of Marijuana Act.” (Even the state discriminates against cannabis growers by using that derogatory “marijuana” term).

There are seven school bond measures on the ballot from Arcata School District to Mattole Unified. The County of Humboldt has five measures on the ballot. Why the Humboldt County Elections Office didn’t make the “Transportation And Use Tax” Measure T and the “Mobile Home Rent Stabilization” Measure R, I’ll never know. At least my brain could follow the logic there. For the record, Measure U, the “Transportation And Use Tax” will require a 2/3 vote (66.7%) to pass as it is a specific use tax, versus a general use tax.

In the Eureka City Council races, Heidi Messner is your new City Councilmember in Ward 2 as Chet Albin and Matthew Owen rescinded their candidacies. Ms. Messner will do a great job representing our city.

In Ward 4, Allen McCloskey rescinded his candidacy on the last day due to health issues and I wish him the best. So the candidates will be John Fullerton vs. Austin Allison. A quick Google/Facebook search says John Fullerton is married, a local CPA who’s involved with Rotary, the Eureka Chamber of Commerce and formerly elected to the Eureka School Board. The only thing I could locate on Austin Allison is that he is progressive. He’s employed at St. Joseph’s Progressive Care Unit and he now lives in Eureka. Outside of that, I got nothing. Married? Don’t know. Kids? Don’t know. Born and raised? Don’t know. College grad? Don’t know? I got nada outside of he works at St. Joe’s and he’s not John Fullerton.

From a recent Times-Standard editorial, “Why waste time debating Eureka’s proposed ward system when the city can barely find enough candidates to put City Council seats in play?” Then to quote Fred Mangels in one of his recent blog comments, “I’m of the impression The Left just thinks they’ll gain an electoral advantage using ward elections. That’s why they’re the ones pushing it.” True dat.

Do you want to see the zoo and park turned into a giant homeless encampment?

Here’s the math from a geek who breaks down precincts on the weekends. After the 2010 election many of the anonymous blog twits stated, “Larry Glass won his ward!” Nope. Larry Glass lost his own Ward 1, along with Wards 2, 3, 4, & 5. He lost everything. That big “L” on his forehead did not stand for “Larry”.

Also from 2010 election of Mike Newman vs. Ron Kuhnel vs. Xandra Manns; Kuhnel won his own Third Ward, Newman won 3 of 5 wards and Newman won the overall city by 183 votes.

Flash forward to the 2014 3rd Ward race of Mike Newman vs. Kim Bergel. Bergel won her own Third Ward, Newman won 3 of 5 wards, however Bergel won the overall city by 46 votes. Another thing The Left won’t tell you is Kim Bergel won her election by going door-to-door, not by saturating the market in TV ads. Money had nothing to do with her race.

While we’re gonna hear the usual battle cries of “crisis in democracy, which only a true ward system of voting can cure” … nah. The reality is regardless of whatever form of voting we use in Eureka, there will always be a shortage of quality candidates to run for the various seats. Again quoting the Times-Standard’s editorial: “Is sitting on the Eureka City Council so miserable or trivial an experience that so few people can be found to shoulder the burden?” I’ll remind you that the progressive City of Arcata has “at large” voting (anyone can run who lives in the city) and four years ago only three people ran for three open seats. Must be a crisis in democracy in Arcata too!

I’ll go further and quote Uri Driscoll from one of his recent blog comments, “I think the problem lies in that it is such a headache to run a campaign and the endless bombardment once elected make folks say screw it. The ward system won’t fix that.”

So there we have it. As anyone can tell you who’s ever worked on a political campaign, it’s a PITA (Pain In The Ass), a huge time commitment, and if you’re elected you get to have 49% of the people disagreeing with your votes, some electeds flat out lying about you in Letters To the Editors and anonymous blogs taking pot shots at you on a regular basis. Boy sounds like fun! So why didn’t you run for office?

Three members of our current Eureka City Council our pushing for the ward system of voting in Eureka when in fact, ward voting is only in 14% of the cities across the nation, primarily large urban cities. More importantly, ward voting would change the theme of Eureka from City Councilmembers to Ward Councilmembers. It would only take three Larry Glass-type Ward Councilmembers to say, “The Sequoia Park and Zoo isn’t in my ward, so let’s cut off the funding.” Do you want to see the zoo and park turned into a giant homeless encampment? Quoting again from the Times-Standard editorial, I want my City Councilmembers to “do what is in the best interest for the city of Eureka”, not my ward person doing what they think is best for their ward.

If it ain’t broke, don’t fix it. Bottom line: I want to vote for my City Councilmembers (plural), not a Ward Councilmember (singular).