Highway 299 at Buckhorn Summit is a Lumber-Strewn Mess »

A High-Powered Sacramento Lobbyist Dropped by to Tell Us About Prop 64, the Weed Legalization Measure

Jason Kinney is a big-time political power broker, a man whose client list includes AT&T, the California Medical Association and the National Football League. At the moment, though, he’s working to pass the California Marijuana Legalization Initiative — aka Proposition 64, aka the “Adult Use of Marijuana Act” — which will appear on ballots statewide this November. And so, naturally, he’s spending some time here in Humboldt County, the peak of the Emerald Triangle. 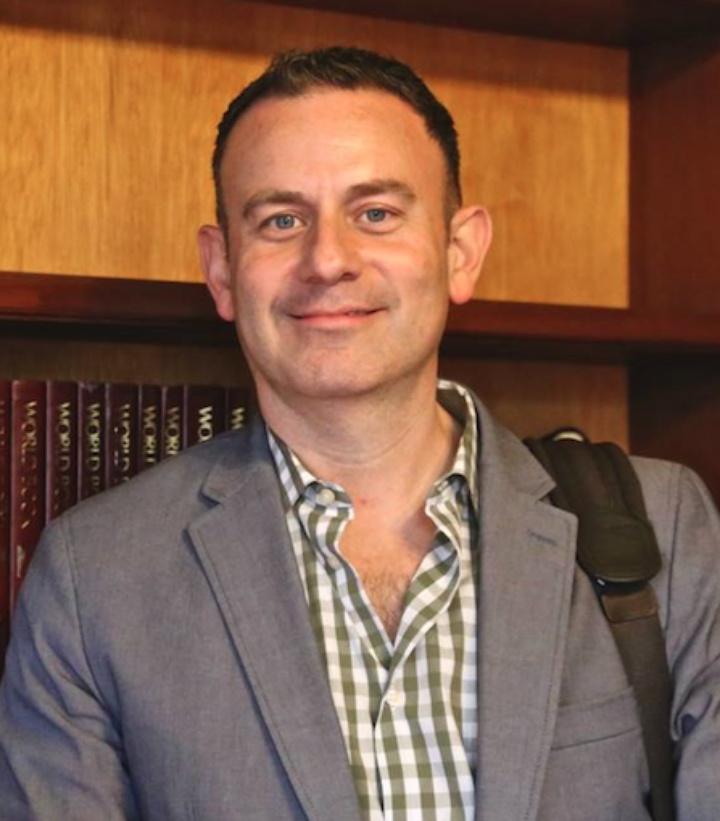 On Tuesday morning Kinney stopped by the Outpost office to lay out some of the details of the measure and give his pitch for its passage. While pretty much everyone in California already has an opinion about legalizing weed, Kinney said there’s “an information deficit” when it comes to the details of this specific initiative.

There are also a lot of claims being thrown around. Last month, for example, Sen. Dianne Feinstein said she opposes the measure and claimed in a No On Prop. 64 press release that the initiative “allows marijuana smoking ads in prime time, on programs with millions of children and teenage viewers.” PolitiFact deemed that claim “misleading” and “mostly false.”

And last week the Prop. 64 campaign filed a lawsuit asking a judge to reject the official ballot argument against the measure because it contains false and misleading claims. Kinney himself was quoted in the Sacramento Bee saying, “[T]he opponents fundamentally and factually misrepresent this ballot measure.”

The claim that really bugs him, he said, is that the measure would expose kids to ads promoting THC-laced gummy bears. In fact, he said, Prop. 64 — not to mention federal law — explicitly bans production and sales of weed-laced foods designed to attract children or misleadingly resemble non-laced products. (Confusing things a bit is the fact that there’s no such ban in the medical marijuana industry — at least not yet.)

Prop. 64 was one of several legalization bills competing to make the ballot this year and the only one that ultimately qualified. It gained notoriety early in the process thanks to its main financial backer, Sean Parker, the billionaire founder of Napster and former president of Facebook, who has dumped more than $1 million into the campaign.

Kinney said that a large coalition — “hundreds of groups and thousands of individuals” — worked for more than 18 months to draft the initiative, meeting with everyone from law enforcement to legislators to cultivators and more. The authors had to go back to the drawing board, somewhat, after medical marijuana regulations passed the legislature and were signed into law last year. Prop. 64 was redesigned to be compatible with those regulations, Kinney said.

If passed (and the latest polls suggest it will), the measure would enact a 15 percent sales tax plus a cultivation tax of $9.25 per ounce of buds and $2.75 per ounce of leaves. With the absence of reliable tests for marijuana intoxication, Prop. 64 would funnel some revenue to train law enforcement to better judge impairment and to develop technology that can do the same, Kinney said. He hopes California can create a national standard for judging impaired driving.

But most of the measure will fit neatly with the medical regulations established last year.

“We’re not going to reinvent the wheel,” Kinney said. The Bureau of Medical Cannabis Regulation, a new state agency created to regulate the medical industry, will also be responsible for overseeing the commercial industry, Kinney explained. And all the other state departments involved in regulating medical weed — Consumer Affairs, Food & Agriculture, Water Resources, etc. — will have similar duties with the recreational industry.

Meanwhile the initiative ensures that local governments have power, too. “We’ve given broad discretion to counties and cities to make their own decisions,” Kinney said. As Humboldt County has been doing lately, local governments can set up their own permitting and licensing structures. They can even ban cultivation and sales outright if they so choose, Kinney said.

And there are several provisions that specifically speak to concerns expressed locally. For example, the measure would prevent large-scale, corporate production and sales for five years in order to deter monopolies and encourage the growth of small-timers. And with licenses granted based on supply-and-demand, large-scale corporate grows may never be approved, Kinney said. Plus the measure establishes a wine-industry-style appellation designation specifically for the Emerald Triangle counties of Humboldt, Mendocino and Trinity.

”Some people involved in drafting our measure had real understanding of the culture and history of this [industry] and wanted to protect that,” Kinney said, “and [they] envisioned the Emerald Triangle counties being what Napa and Sonoma are to wine today.”

A wide variety of different licenses would be available under Prop. 64, including one for “micro-businesses,” which Kinney said would be akin to craft breweries. These small-scale operators would be the only ones allowed to “vertically integrate,” meaning own the whole chain of operations, from cultivation to sales.

While this region has a disproportionate investment in the marijuana industry, the fact is that not enough people live around here to justify a lot of political campaigning. Prop. 64, like all other statewide measures, will probably be decided by the state’s major population centers. Kinney acknowledged this but said he and other Prop. 64 people will be spending plenty of time here regardless — mainly because of the level of expertise and interest here, he said, but also because the campaign wants support from the industry.

”I can’t read an article about Prop 19 that doesn’t reference the fact that people up here voted against it,” Kinney said with a laugh, “and I am determined to turn that around.”

He also acknowledged that there are plenty of growers around here who worry that legalization might kill the goose that lays the golden eggs. After all, the industry has been profitable in no small part due to the effects of the War on Drugs.