My Day Off: Jurassic Park Comes to Life at Fern Canyon 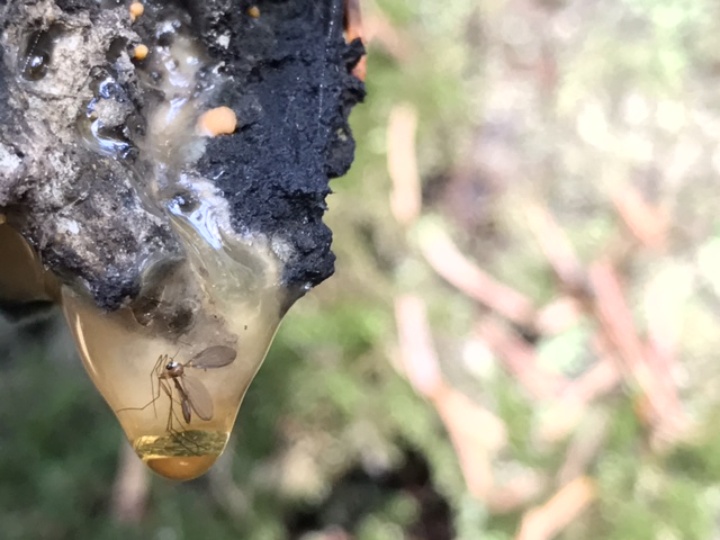 For the first time in what felt like weeks, I stumbled out of bed, peeled back the curtains to the ground-level window of my basement apartment, and was shot in the face by a beam of white unabated sunlight.

It was a cold Tuesday morning in Arcata, it was my day off, and there wasn’t a cloud within 1,000 miles. My mind began shuffling through the rolodex of Humboldt destinations I’ve yet to explore.

“Strawberry Rock?” I thought to myself. “No, too pedestrian. Mill Creek Falls? Too close. Fern Canyon? Yes! Fern Canyon.” Just the right balance of travel and adventure I was looking for. 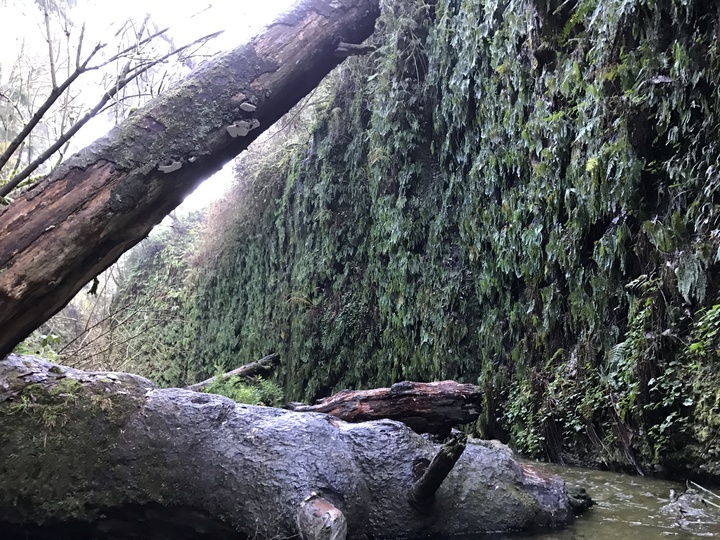 And after a few hours of trying to scrape my girlfriend off her side of the bed, we were flying down the 101 toward Redwood National State Park, with the windows cracked and “Crystal Blue Persuasion” by Tommy James and the Shondells blaring out the car stereo.

In the three years I’ve lived in Humboldt County, I’ve seen a fair amount of the local scenery. But Fern Canyon has somehow eluded me. Surprising, because it’s the film location of the second Jurassic Park movie. A series which I’ve been a diehard fan of since the first Jurassic Park blew my 5-year-old brain to smithereens some two decades ago.

But there we were. Our 2003 Honda Civic was powering through potholes and wading across tributaries like wagons of the old west as we continued on Davison Road, a few miles north of Orick. 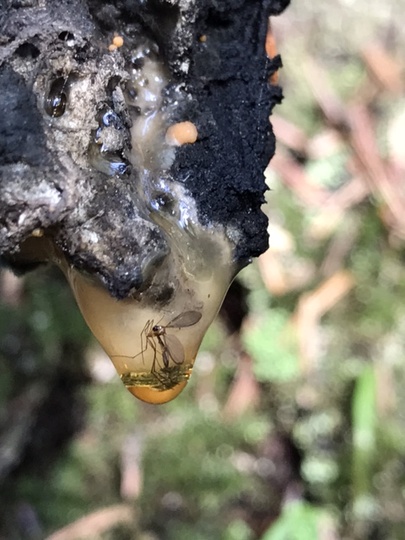 Blowing right past the unattended visitor center toll booth, we pulled up to the dirt parking lot and set out on the trail. And there, just a few yards into the woods, we stood in front of the unmistakable frond-swathed entrance which set the scene of so many famous dinosaur attacks.

“Jeff Goldblum’s been here,” I said to my girlfriend as I rolled up my pant legs and dunked my converse All Stars right into the shallow creek. “Isn’t that weird?”

The roar of water echoed from the canyon walls as Home Creek spilled from its mouth like a beautiful drool. Colorful calico stones of olive green, robin’s-egg blue, and brick red speckled the gully like the great gum walls of hipster-America. And the 50-foot high fern-draped cliffs that meandered out of sight, drew us in deeper.

Despite the breathtaking scenery all around me, I admittedly couldn’t keep Jurassic Park off my mind. And as we exited the park that day, we happened upon something so mind-blowingly coincidental, I can only assume that I willed it through mental psychosis.

As we trudged through the outskirts of the trail in our soggy sneakers, I glanced over at a pool of sap leaking from a broken tree branch. “Look, sap,” I said.

Unsure why I bothered to point this out, I immediately regretted bringing it up, because who cares? … It’s sap.

But my girlfriend, humored my pointless observation and made an amazing find.

I leaned in closer, and there, hanging from the broken branch, frozen inside a tiny prism of fresh resin, a mosquito. The exact event that the entire plot of Jurassic Park is based on. The premise being that you can recover blood from fossilized mosquitoes trapped in amber and … Bingo! Dino-DNA.

Dumbstruck, I reached for my phone and spent the next five minutes trying to focus the camera on the tiny target. Two days later, I’m still not sure if it was even a rare find. But I wouldn’t care either way. I found a real-life mosquito trapped in tree sap at the exact location they filmed The Lost World: Jurassic Park. My life rules.

Just when I thought I couldn’t be more awestruck by the awesome power of nature, life, uh, found a way. 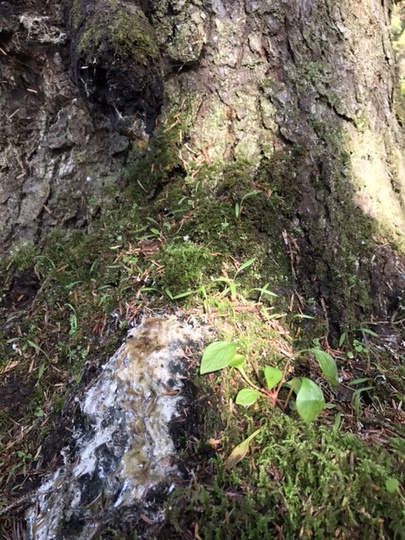 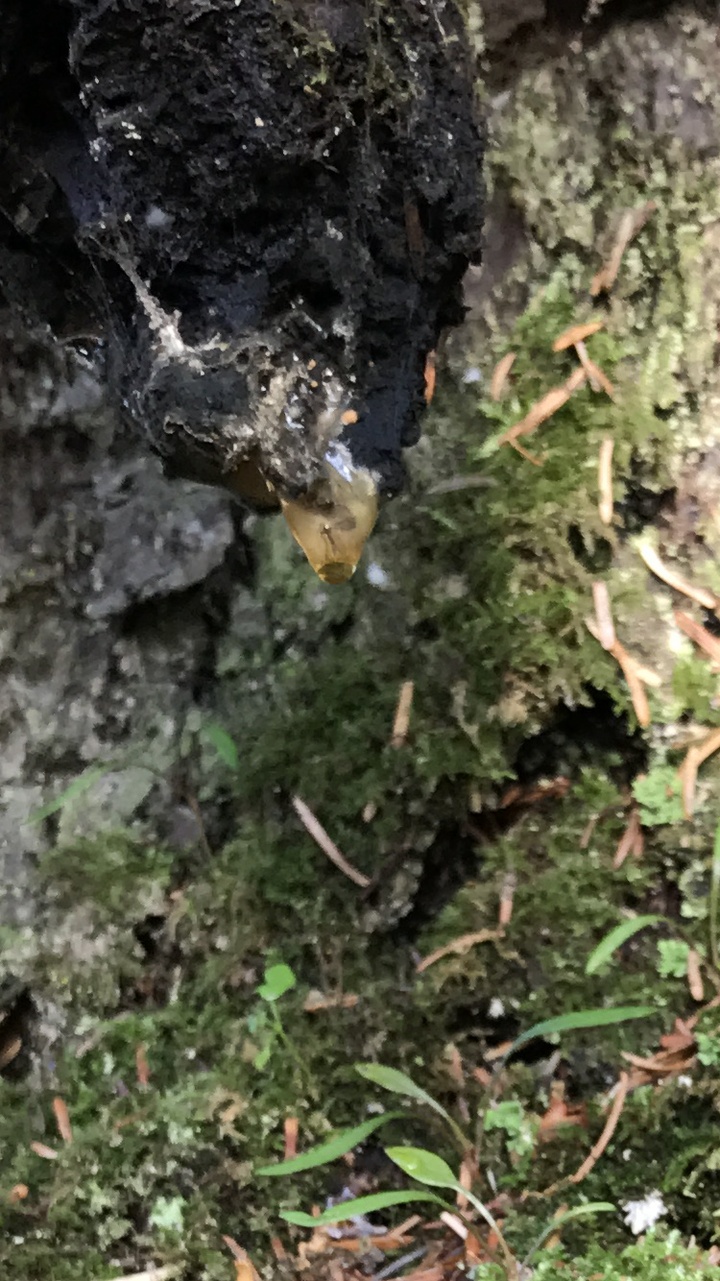 Here’s some perspective on the bug’s size.