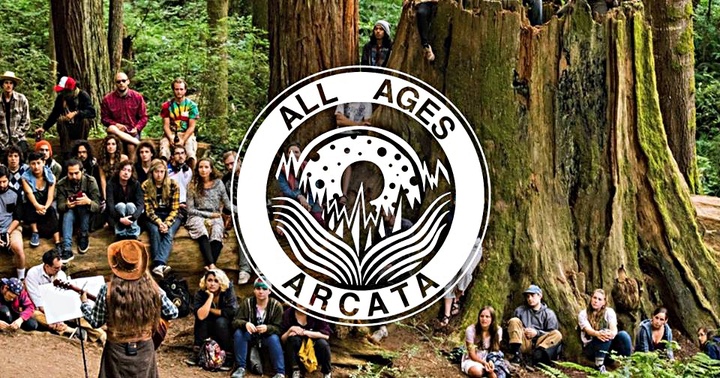 In the aftermath of the tragic Dec. 2 Ghost Ship warehouse fire in Oakland, the urgent need for safer spaces for artists and musicians has become readily apparent. Driven by the compulsion to create – a compulsion that isn’t necessarily lucrative – young makers are willing to perform in all sorts of unsafe spaces. But it doesn’t have to be that way. A local group, the Breakfast All Day Collective, has been quietly toiling for some years to open All Ages Arcata, a long-lasting, safer community space.

The project started in the house show scene. Zev Smith-Danford – an East Bay native who came to study at Humboldt State – and their partner Alex would host events in their Northtown home. They felt that they could do more, to create something greater than themselves and greater than the house. Starting in 2013, a collective – a group ranging from 8 to 15 people at any time – coalesced around that vision. Many of the collective’s members had long experience with all-ages spaces in their original communities, said Smith-Danford, but found precious few such outlets in Northern Humboldt.

With the stated aim of creating safer spaces, the collective has, in the past two years, undertaken a careful and measured campaign to create a long-lasting all-ages creative maker space in Arcata. Part community center, part studio, part meeting hall, part library, the collective envisions All Ages Arcata as a bridge between the college and the town, where HSU freshmen from Southern California and local high school students can meet and collaborate.

“Youth involvement is really important,” said Smith-Danford, “not just attending, but participating in all aspects.”

A safer space, Smith-Danford elaborated in an interview, means many things. It would be, of course, a physical space that is up to code, a space that is ADA-compliant, and easily accessible to cyclists and pedestrians.

A safer space is also inclusive, they said, where people of all ages and abilities are welcome to engage in creative expression and radical thought. It’s also a space where hatred and bigotry are not tolerated, where people commit to stepping up to make sure everyone feels welcome.

In that kind of space, said Smith-Danford, a different kind of art can unfold. Musicians from marginalized communities, for example, may find it difficult to book shows in the bar scene, where concert promoters are prompted by the need to turn a profit. In a safer space, such musicians, and artists just starting to unfurl their wings, could be seen. The benefit is greater than just to the individual artist, maintains the collective. “If you give people a chance to be visible,” said Smith-Danford, “it makes a huge impact on those attending the event as well.”

In the aftermath of the presidential election, the alt-right has targeted such spaces, using the Ghost Ship fire as its call to shut down creative maker spaces around the country. Cities are being pressured to break up existing spaces or to deny permits. “There’s some hostility toward creative safer spaces,” said Smith-Danford, adding that the City of Arcata has been very supportive. “It’s hard to imagine doing this in a place other than Arcata right now.”

The collective is now a DreamMaker Project of the Ink People Center for the Arts and has been fundraising for such necessities as deposits, rent, permitting fees and facilities improvements. They have found a suitable location on 11th Street, said Smith-Danford, and are now going through the City of Arcata’s permitting process.

Fundraising is ongoing, said Smith-Danford. The group put together a compilation of recordings, Of Foggy Forests & Broken Strings, available as a digital download. They conducted a crowdfunding campaign through Indiegogo. They recently hosted the film Torrey Pines, a partial fundraiser at the Minor.

Breakfast All Day Collective is a 501(c)3 Nonprofit Organization as a DreamMaker Project of the Ink People Center for the Arts. Tax-deductible donations can be made through their website, breakfastalldaycollective.tumblr.com.

IT COULD HAVE BEEN ANY ONE OF US

The Breakfast All Day Collective posted the following statement about the Ghost Ship Fire on Dec. 5.

We are in the final days of our crowdfunding campaign for the All Ages Arcata Project. We are also reeling from the news of the Ghost Ship fire that happened late Friday night in Oakland, California.

We had friends, loved ones, and fellow artists and dreamers that survived.

We also lost too many dreamers, artists, makers, creative spirits and beautiful young people. They were people that we knew personally, or through the greater community of DIY arts and music. They were members of our extended network of people that believe in the same things we do: safer spaces for people that are labeled as “different,” facilitating creative expression, radical community, making beautiful acts of resistance in a world that would push us to the outer margins of society.

We don’t want to lose any more of you. We want to help create safer places to incubate art and creative thought. We want people to dance, and love, and feel hope.

We have also been working really hard to do things “by the book” because we want the All Ages Arcata Project to be a refuge – we are tired of being in basements, warehouses, and unsafe building structures. We deserve safer spaces to share and come together.

How do we ask for your help when there is a new tragedy every week, every day it feels like? I don’t know.

But we will keep working, because we believe in the importance of DIY all-ages spaces, like the Ghost Ship, and we will keep showing up to do the work because we know that it is better together, that we need each other and the spaces that hold us close and tenderly.

With love and solidarity,